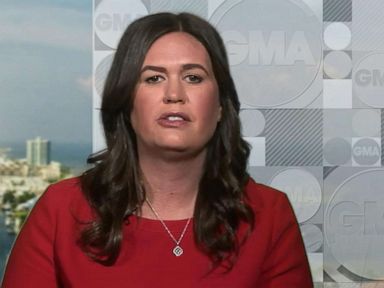 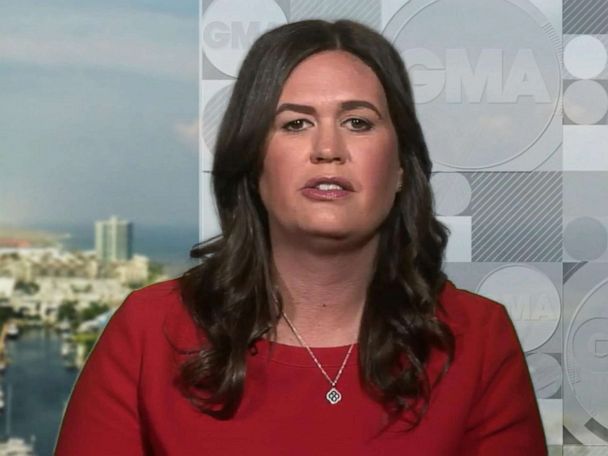 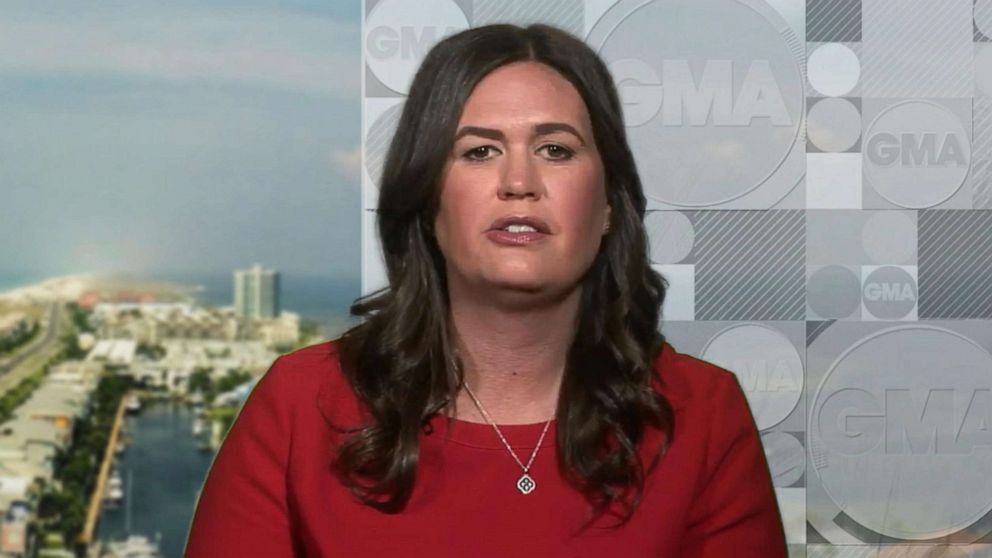 Despite her acknowledgement in interviews with the special counsel’s office that certain comments she made to the press were a “slip of the tongue,” White House Press Secretary Sarah Huckabee Sanders sought to double down on past statements she made that special counsel Robert Mueller’s team said were “not founded on anything.”

Those specific claims were that “countless members of the FBI” had lost confidence in former FBI Director James Comey. Sanders defended her specific wording detailed in the Mueller report in an interview on “Good Morning America” Friday.

I said that the word I used countless, and also if you look in what’s in quotations from me it’s that and it was ‘in the heat of moment,’ meaning that it wasn’t a scripted talking point. I’m sorry that I wasn’t a robot like the Democratic Party.

“Actually, if you look at what I said, I said the ‘slip of the tongue’ was in using the word ‘countless,’ but there were a number of FBI, both former current, that agreed with the president’s decision, and they’ve continued to speak out and say that and send notice to the White House of that agreement with the president’s decision,” Sanders told ABC News’ chief anchor George Stephanopoulos.

“James Comey was a disgraced leaker and used authorization to spy on the Trump campaign despite no evidence of collusion,” she said. “I stand by the fact, George–“

“Sarah, hold on a sec,” Stephanopoulos said, pushing back on Sanders’ claims that contradict what’s in Mueller’s report.

“The special counsel writes that those comments were ‘not founded on anything.’ That’s what you talked to the special counsel about when you were facing criminal penalties if you didn’t tell the truth but now you’re trying to walk away from it. Why can’t you acknowledge that what you said then was not true?” he asked.

“I said that the word I used countless, and also if you look in what’s in quotations from me it’s that and it was ‘in the heat of moment,’ meaning that it wasn’t a scripted talking point. I’m sorry that I wasn’t a robot like the Democratic Party,” Sanders said.

Another portion of the report detailed an instance when Sanders minimized the president’s role in responding to reports of a 2016 meeting between Trump campaign officials and a Russian lawyer who said in an email she had “official documents and information that would incriminate Hillary.”

While Sanders told the press the president didn’t dictate a statement about the meeting after it was revealed, the president’s lawyers later said otherwise in interviews with the special counsel.

I’m not denying that he had involvement in what the statement said. That was the information I was given at the time and I stated it to the public.

“After consulting with the President on the issue,” the report said, “White House Press Secretary Sarah Sanders told the media that the President ‘certainly didn’t dictate’ the statement, but that ‘he weighed in, offered suggestions like any father would do.'”

But Trump’s lawyers later told the special counsel “the President dictated a short but accurate response to the New York Times article on behalf of his son, Donald Trump, Jr.”

“So why did you tell the press that the president did not dictate that statement, when he did?” Stephanopoulos asked Sanders.

“I’m not denying that he had involvement in what the statement said. That was the information I was given at the time and I stated it to the public,” Sanders said.

“My understanding at the time was that he hadn’t dictated but that he weighed in, George,” Sanders responded.

Sanders also argued that the “big question here was whether or not the Trump campaign colluded with Russia — and they didn’t,” she said.

But the investigation did, according to the report, identify “numerous links between individuals with ties to the Russian government and individuals associated with the Trump Campaign,” though Mueller did not find enough evidence to support criminal charges.

“One of the things that the special prosecutor finds is that the Russians were clearly out to help Trump, that the Trump campaign knew about it and welcomed their assistance, and in some cases knew about what they were going to do, what Wikileaks was going to do in advance. They couldn’t prove criminal conspiracy but they certainly proved cooperation,” Nadler said on “GMA” Friday. “That is very disturbing to cooperate with a foreign power.”

Despite those portions of the report, however, Mueller found “the evidence was not sufficient to charge that any member of the Trump Campaign conspired with representatives of the Russian government to interfere in the 2016 election,” according to the report.

This is a developing story. Please check back for more updates.

Fri Apr 19 , 2019
Now that recreational weed is legal in California, anyone over age 21 can buy marijuana in limited amounts. You can even have it brought to your front door, thanks to delivery platforms like Eaze and SpeedWeed. To get an idea of what it’s really like to deliver weed as a […]