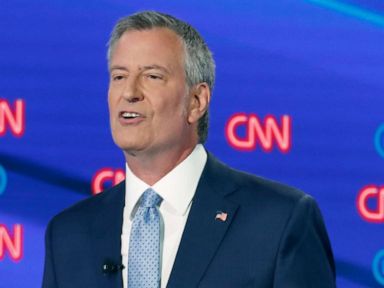 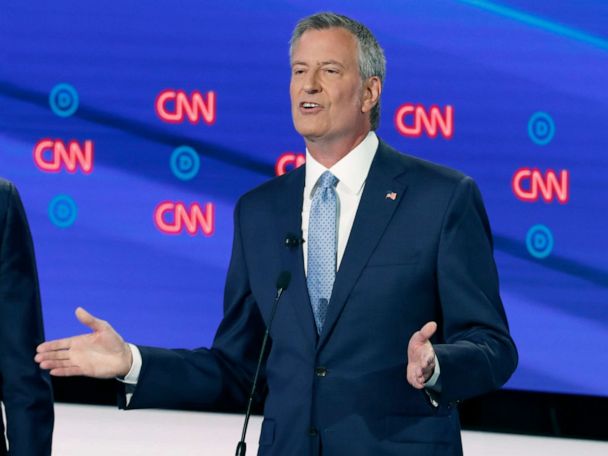 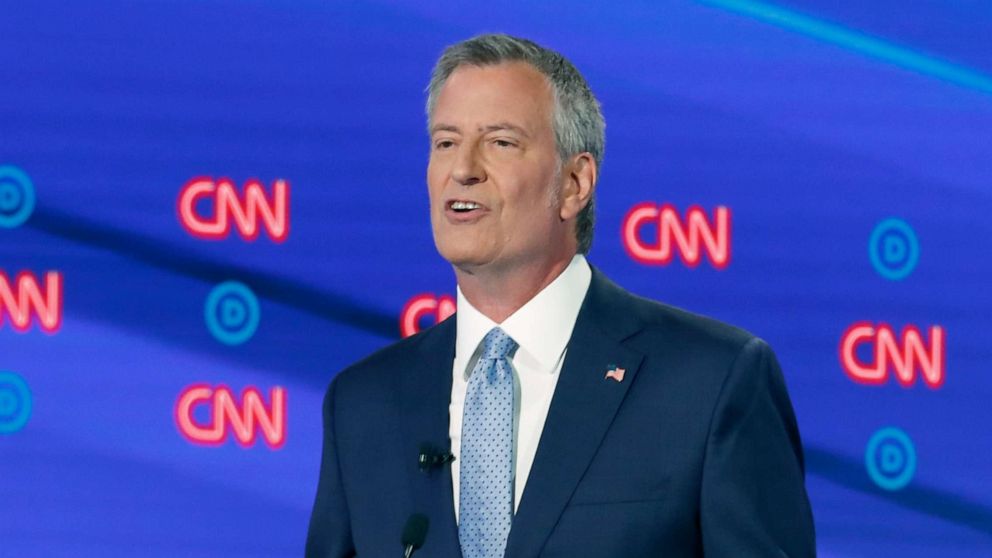 The 2014 death of Eric Garner in a police chokehold unexpectedly took center stage during the second night of the Democratic presidential debate, as hecklers interrupted candidates and the Democratic rivals repeatedly called the case an injustice.

Interruptions from protesters began during the candidates’ opening statements, and forced Sen. Cory Booker, D-N.J., to briefly pause his remarks.

The hecklers called out, “Fire Pantaleo!” — a reference to Daniel Pantaleo, the New York police officer involved in the 2014 chokehold death of Eric Garner, whose dying words, “I can’t breathe,” became a national rallying cry for demonstrations about police treatment of minorities.

The chant was also shouted during de Blasio’s opening statement, but the mayor spoke over it.

Minutes later, Booker’s campaign took to Twitter to say “good for you” to the protests.

To the folks who were standing up to Mayor de Blasio a few minutes ago—good for you. That’s how change is made. #DemDebate https://t.co/zix0UzmZFa

Over the next hour, New York Sen. Kirsten Gillibrand, California Sen. Kamala Harris and Julian Castro, the former mayor of San Antonio and housing chief during the Obama administration, all weighed in.

“He knew what he was doing, that he was killing Eric Garner, and yet he has not been brought to justice. That police officer should be off the street,” Castro said.

Tamika Mallory, an activist and co-chairwoman of the Women’s March, took to Twitter to say that she and four others were behind the “Fire Pantaleo” chant, and that it was intended to call out de Blasio’s policies on policing in New York and the fact that Pantaleo is still employed by the city.

She said that it was not their intention to heckle Booker, but that the New Jersey senator happened to be speaking when a security officer threatened the women with arrest. They shouted “Fire Pantaleo” and “I can’t breathe” as they were removed from the venue.

The women “made the decision to stand up for Eric Garner and the sanctity of Black life,” Mallory said.

Asked to respond, the city’s police union pointed to comments made earlier on Wednesday by its president, Patrick Lynch, who said the police department should clear Pantaleo of wrongdoing.

“We calmly watched that video second by second and what the evidence proved is that police Officer Pantaleo acted appropriately,” Lynch told a rally, according to a video posted on Twitter by the union. “Remember, the use of force is never a pretty sight but it is appropriate to place someone under arrest. Circumstances took over and unfortunately there was a death, which is a tragedy for that family.”

For his part, de Blasio faulted federal authorities for declining to prosecute Pantaleo, and said he sympathized with Garner’s family’s search for justice.

“Mister vice president,” he said, as he turned to address Biden. “Tell us, what did you do to try and spur on the justice department to act in the Garner case?”

Biden mostly ignored the attack, using the opportunity to tick off the police reforms achieved under the Obama administration and to remind viewers that President Barack Obama had both vetted him and chosen him as his partner.

To the protestors in the audience today: I heard you. I saw you. I thank you.

Biden fends of attacks from all sides at Detroit debate

Thu Aug 1 , 2019
CBSN Former Vice President Joe Biden came under fire from his fellow Democratic presidential hopefuls in the second round of the debate in Detroit on Wednesday, with challengers like Kamala Harris and Cory Booker hoping to put a dent in his status as the frontrunner for the party’s nomination. Over […]