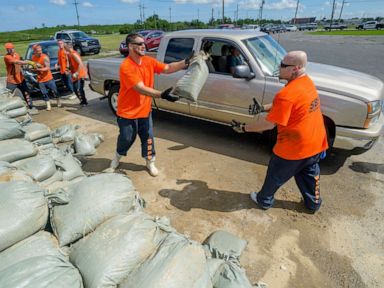 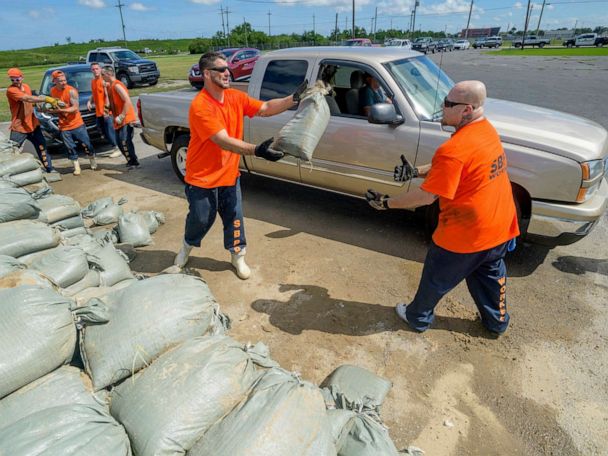 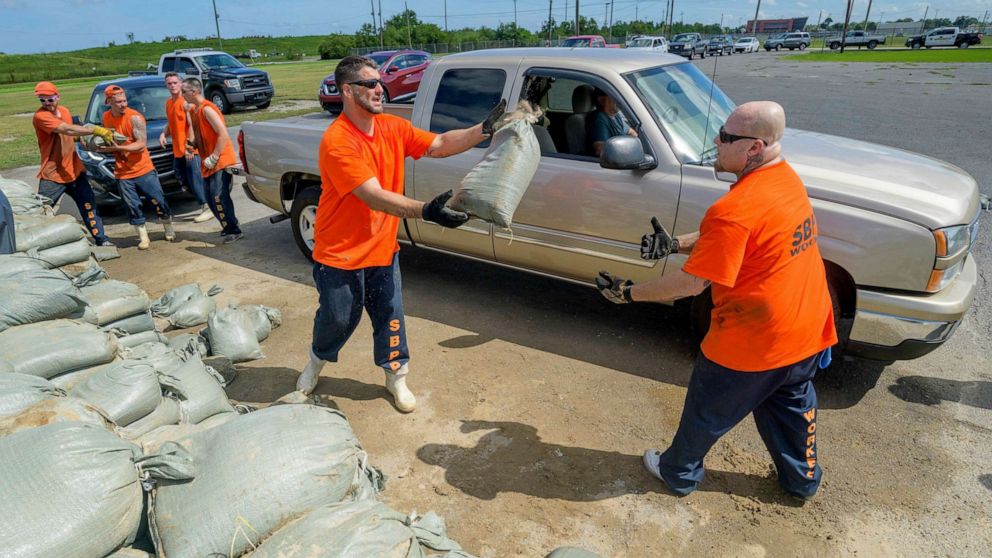 Tropical storm conditions are expected in Louisiana by Friday afternoon with deteriorating conditions Friday night into Saturday along the Gulf Coast. Tornadoes will also be possible Thursday night and Friday across Louisiana and Mississippi as the storm comes closer to shore.

The storm may strengthen to a Category 1 hurricane before it makes landfall Saturday morning along the central Louisiana coast, Louisiana Gov. John Bel Edwards said Thursday.

“This is going to be a major weather event for a huge portion of the state,” the governor warned.

Louisiana’s Plaquemines Parish and Grand Isle are already under mandatory evacuations as a hurricane watch takes effect in the state. In Lafitte, Louisiana, residents rushed to fill up sandbags.

Heavy rains already inundated New Orleans on Wednesday, flooding streets and homes and leaving drivers stranded. As much as 9 inches of rain fell in the city, with more to come.

New Orleans Mayor LaToya Cantrell declared a state of emergency in the city, but the city has not issued evacuation orders; Cantrell said Thursday, “sheltering in place is our strategy.”

Residents are encouraged to store 72 hours’ worth of food, water and medication for everyone in the home, including pets.

“We have to be prepared for all impacts,” the mayor said.

Immigration enforcement has been suspended through the weekend in Louisiana and Mississippi areas impacted by the storm, New Orleans officials said.

Even if Barry doesn’t strengthen to a hurricane, the main concern is how much water the storm is forecast to bring, from the heavy rain to storm surge.

As much as 20 inches of rain is possible, especially in southern Louisiana, and because the storm is especially slow-moving, the rain will extend inland, flooding the Mississippi River Valley.

Storm surge warnings have been issued for the southeast Louisiana coast, where life-threatening inundation could reach 3 to 6 feet from the mouth of Atchafalaya River to Shell Beach.

A storm surge watch was issued elsewhere along the Louisiana and Mississippi coasts, where the surge may reach 4 feet in some areas.

The Mississippi River in New Orleans is expected to crest at 19 feet, and the levees in New Orleans are 20 to 25 feet — so this is good news for the city, a spokesman for the U.S. Army Corps of Engineers told ABC News.

But as the forecast may still change, this will be a major test of the city’s levee systems.

Thu Jul 11 , 2019
President Donald Trump boards Air Force One to return to Washington from Morristown Municipal Airport in Morristown, New Jersey, July 7, 2019. Jonathan Ernst | Reuters President Donald Trump will no longer seek to include a citizenship question on the 2020 census, backing down from the high-profile legal battle in […]