With the National Football League playoffs in full swing, fans will spend their weekends rooting for their team to make it to the Super Bowl. For the players, a Super Bowl win doesn’t just mean glory. It also comes with a hefty bonus check.

But, surprisingly, not one as hefty as the bonus check some other winning athletes can expect.

In total, Super Bowl 52’s champs will receive around $191,000 each, though the number can fluctuate depending on the team’s starting position and schedule. A team that has a bye during the wild card round will earn less than a lower-ranked team that goes on to win all four of their games.

Last year, every member of the winning New England Patriots took home $107,000, even if they didn’t play a single minute. Even the losing team was compensated: The Atlanta Falcons received $53,000 each.

In comparison, baseball players on the Houston Astros who claimed a world series win in 2017 earned around $438,901.57. That’s 130 percent more than their NFL counterparts for scoring a victory at the championship game.

Although $191,000 is a sizable amount of money by normal standards, it pales in comparison to many NFL players’ salaries. Take Drew Brees of the New Orleans Saints, Ben Roethlisberger of the Pittsburgh Steelers, Matt Ryan of the Atlanta Falcons and Tom Brady of the New England Patriots, who all earn more than $20 million per season.

There is one thing you can’t put a price on, however: a Super Bowl ring. They can be worth anywhere from $5,000 to $37,000 or more, but the prestige that comes with being the best in the league, if only for a season, is priceless.

A plane in Turkey skidded off a runway and was left hanging over a cliff, but no one was injured

Sun Jan 14 , 2018
A Pegasus Airlines flight skidded off the runway of a Turkish coastal airport and ended up halfway down a steep slope into the Black Sea, but no passengers or crew were hurt, Turkish media reported on Sunday. The incident happened on Saturday night at Trabzon airport in northeast Turkey. Pictures […] 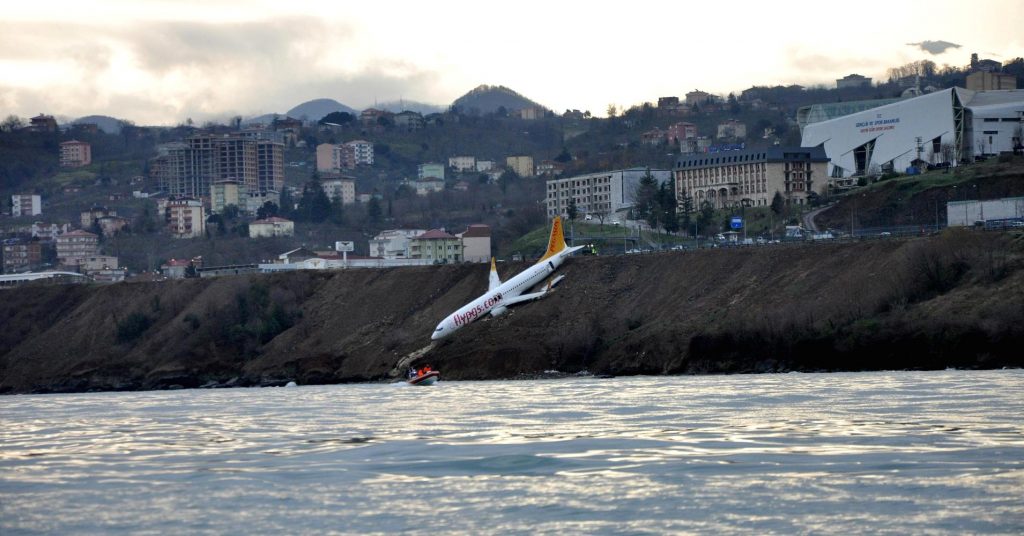