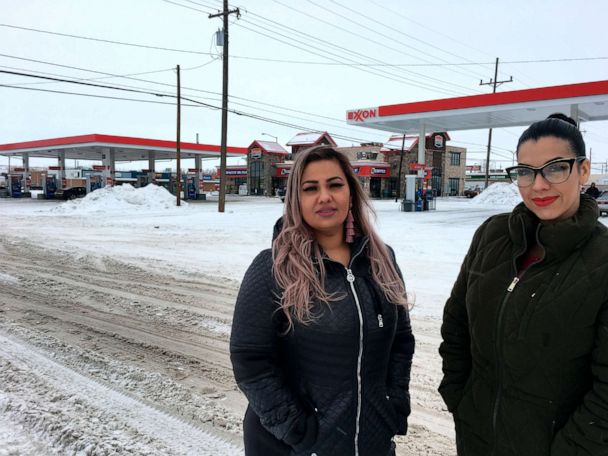 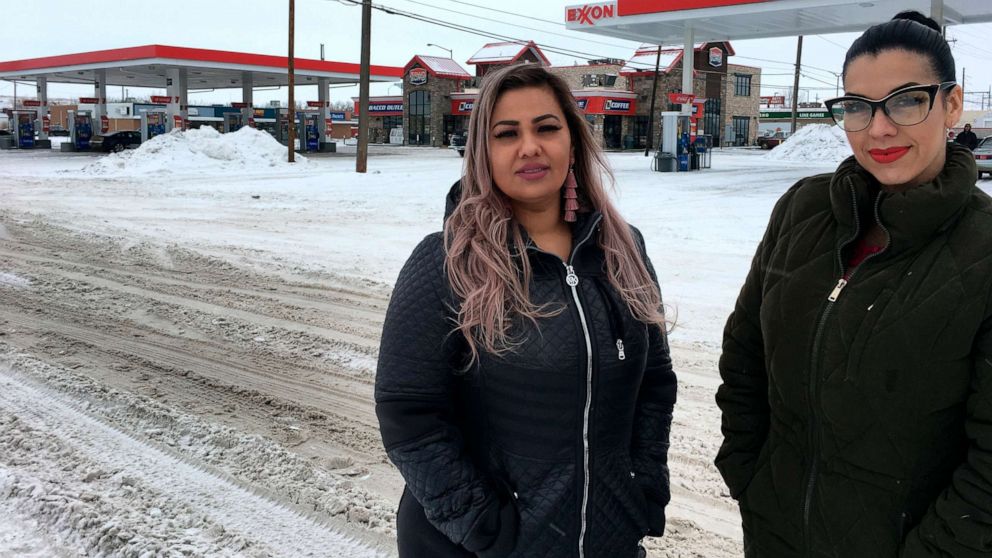 A woman who is suing the U.S. Customs and Border Protection after an agent questioned her and a friend for speaking Spanish in a convenience store said Friday the backlash to their lawsuit has forced them to move away from their small Montana city.

Ana Suda and her family have been harassed by neighbors, strangers and even schoolchildren in the city of Havre ever since a video of a border agent questioning her and Martha “Mimi” Hernandez was uploaded to YouTube, Suda said in a phone interview with The Associated Press. One version of the video has been viewed more than 123,000 times since February.

Suda and her two children have been living with relatives in El Paso, Texas, for the past 1 ½ months while her husband — a Customs and Border Protection employee himself — is seeking a job transfer to join them.

“I can’t take it anymore,” Suda said. “Our lives are not the same, it’s not the same anymore. These guys destroyed everything we have.”

Hernandez has been living in Great Falls but still commutes to her job in Havre, said their attorney, Alex Rate of the American Civil Liberties Union of Montana.

The women, who were born in the U.S. and are citizens, said in their lawsuit that they were speaking to one another in Spanish while standing in line to buy eggs and milk in a convenience store in Havre. The agent, Paul O’Neill, entered the store, overheard them and kept them in the parking lot for approximately 40 minutes while he checked their identifications.

“Ma’am, the reason I asked you for your ID is because I came in here and I saw that you guys are speaking Spanish, which is very unheard of up here,” O’Neill said in the video.

Suda was born in Texas and moved to Montana with her husband in 2014. Hernandez was born in California and has been living in Montana since 2010. Suda did not recognize O’Neill as a colleague of her husband, nor did she say that her husband worked for the same agency.

Havre is a city of nearly 10,000 people about 30 miles (48 kilometers) from the U.S.-Canada border and near two Native American reservations. The city’s population is mostly white and about 4% Hispanic, according to the U.S. Census.

The women filed their lawsuit in February, saying they were detained in violation of the Fourth Amendment’s protection against unreasonable search and seizures and the Fifth Amendment’s equal protection clause. They are asking a judge to declare it is unconstitutional for the federal agency to detain anyone based on race, accent or language alone, to block the agency from doing so and to award them an unspecified amount for damages.

They say such stops are a pattern with the Havre sector of the Customs and Border Protection, and they cite other recent cases where Latino and Latinas were stopped.

“They destroyed my life, but if I can help somebody else with this speaking out, I’ll take it,” Suda said.

The agency is seeking to dismiss the lawsuit, and a hearing is scheduled for Oct. 2. Attorneys for the agency say it has sovereign immunity against any damage claims, and that because the women were only stopped once after living there for years, there’s no evidence there’s any threat of it happening again to them.

Ever since the lawsuit was filed, Suda said the backlash has come in forms of angry faces on the street, backhanded comments made about her, high-volume confrontations and once a man shoved her. She said friends of border agents have told her to drop the lawsuit, but she did not file a complaint with the police because one woman who confronted her said she was friends with the police.

Once, a classmate of her young daughter called the girl an expletive in Spanish, Suda said. The potential threat to her children was a major factor in her decision to leave. She has a young son who is autistic and nonverbal, and she feared that something could happen to him and he wouldn’t be able to tell her.

Havre Police Chief Gabe Matosich did not return repeated calls for comment this week. Mayor Tim Solomon was out of the office on Friday and didn’t immediately return a message.

Fri Sep 20 , 2019
Michael Pack Source: US Senate President Donald Trump’s nominee to lead a federal media organization has been funding his own private film company with donations from a nonprofit that he runs. Michael Pack, a conservative filmmaker, saw at least $1.6 million in donations from his nonprofit sent into the coffers […] 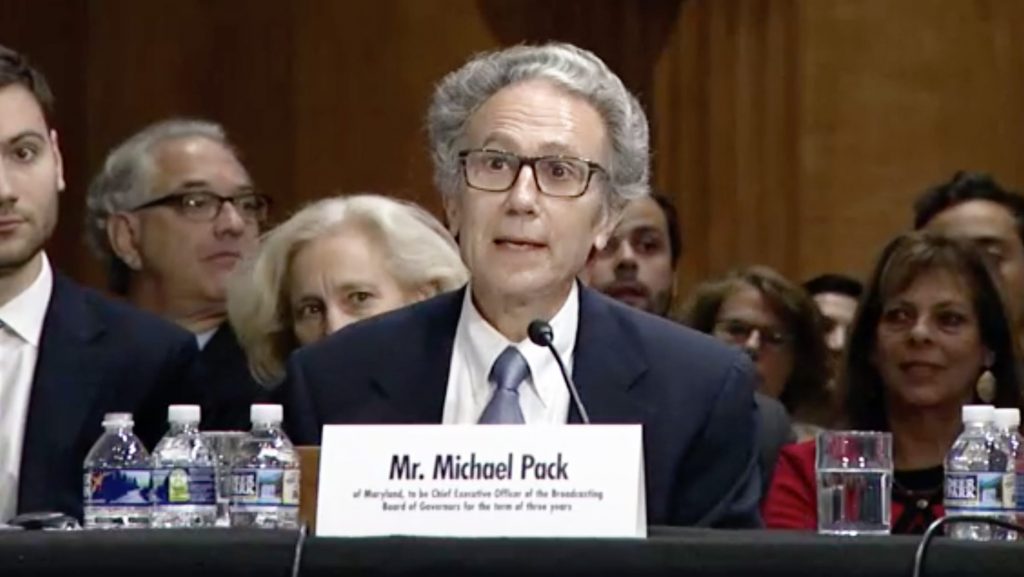