Workers board up a store ahead of election results in the Manhattan borough of New York, U.S. November 2, 2020. REUTERS/Brendan McDermid TPX IMAGES OF THE DAY

DETROIT/ATLANTA (Reuters) – Americans by the millions waited patiently to cast ballots at libraries, schools and arenas across the country on Tuesday, in an orderly show of civic duty that belied the deep tensions of one of the most polarizing presidential campaigns in U.S. history.

The face masks worn by many voters and the sight of boarded-up stores in some city centers were reminders of two big issues shaping the 2020 election, with COVID-19 still ravaging parts of the country after a summer of sometimes violence-marred protests against police brutality and racism.

While civic rights groups said they were monitoring for any signs of voter interference and law enforcement agencies were on high alert for disruption at the polls, their worst fears had not materialized by early afternoon.

In New York City, some voting lines snaked around blocks, but in many places, from Los Angeles to Detroit and Atlanta, lines were short or non-existent. Poll workers guessed this was due to an unprecedented wave of early voting. More than 100 million ballots were cast before Election Day, a new record.

Elsa Avalos, 79, was leaving a polling station on Tuesday morning after voting with her husband in Huntington Park in Southern California.

“Every election we’ve voted. We’ve done our duty,” she said. “I was afraid we’d have a line today, but nothing.”

In Atlanta, about a dozen voters were lined up before sunrise at the Piedmont Park Conservancy. First in line was Ginnie House, shivering in the cold, waiting to cast a vote.

“I lost my absentee ballot and I’m not going to miss this vote,” said House, a 22-year-old actor and creative writing student, who had flown back to Atlanta from New York just for this purpose.

She said she was voting for Democratic candidate Joe Biden, a former vice president seeking to replace the Republican incumbent Donald Trump in the White House.

At a polling station in Houston, Texas, Andy Valadez was blowing a shofar, a trumpet used in Jewish and some Christian ceremonies. In this instance, the horn was a way to pray for a Trump victory, Valadez said.

“We want to pray for a fair election,” the 55-year-old marketing executive said, his shofar wrapped in a U.S. flag. “We believe in America and want everyone to have a safe voting experience.”

TENSIONS FROM TIMES SQUARE TO TEXAS

The American Civil Liberties Union and other civil rights groups said they were watching closely for signs of voter intimidation, and the U.S. Justice Department’s Civil Rights Division said it would deploy staff to 18 states.

Election officials and political party representatives raised worries about a spate of automated phone calls and text messages warning voters away from the polls for bogus reasons in Iowa, Pennsylvania, Michigan, Nebraska and Florida. The Federal Bureau of Investigation was looking into the messages.

Staff at the Lawyers’ Committee for Civil Rights Under Law, a Washington-based advocacy group, told reporters they were concerned about voting machines not working in three counties in Georgia, forcing voters to fill in paper ballots and raising concerns that the paper back-ups would run out.

In some big cities, buildings were boarded up over fears that violent protests could break out later, especially if there were delays before a winner is known.

In New York City, the Empire State Building and Macy’s department store were among those that were boarded up. On Rodeo Drive in Beverly Hills, staff had stripped the display windows at Tiffany & Co. and Van Cleef & Arpels of their jewels.

Although Tuesday was unfolding with relative calm, tensions had flared around the country in the run-up to Election Day.

Trump supporters driving pick-up trucks down a Texas highway last week surrounded a bus filled with Biden campaign staff. In North Carolina over the weekend, police pepper-sprayed a group of mostly Democrats marching to polling stations. And members of an anti-government militia group were charged in an alleged plot to kidnap the Democratic governor of Michigan.

Trump supporters planned more vehicle caravans on Tuesday similar to those that jammed traffic in New York and elsewhere. Some election security experts worried these rolling demonstrations could intimidate voters or spiral into violent confrontations.

At a polling station at a library in Tampa, Biden supporters set up a marquee with signs for both their candidate and for Black Lives Matter, the slogan-turned-movement around which protesters massed in cities across the United States this year.

After emerging, Eric Weaver, 44, said he had voted for Biden because he believed that Trump had made racists in America more brazen.

“He’s enticing these hate groups to think they’ve got a place in society,” said Weaver, a Black collections manager. “Now they feel like they can be out in public and upfront with their racism.”

While voting appeared to be going smoothly in most places, there were some scattered glitches.

The North Carolina State Board of Elections voted on Tuesday to extend voting at four polling sites that opened late. As a result, reporting of results from early and mail-in voting statewide would be delayed until all polls were closed, the Raleigh News & Observer reported.

Even once votes are cast, some Americans worry about a protracted ballot count in pivotal states, making the country wait for days or more before a clear winner emerges if the race is close.

Trump, whose office holds no powers over state-controlled vote-tallying, has said he thinks states should simply stop counting legal ballots once Tuesday has passed. 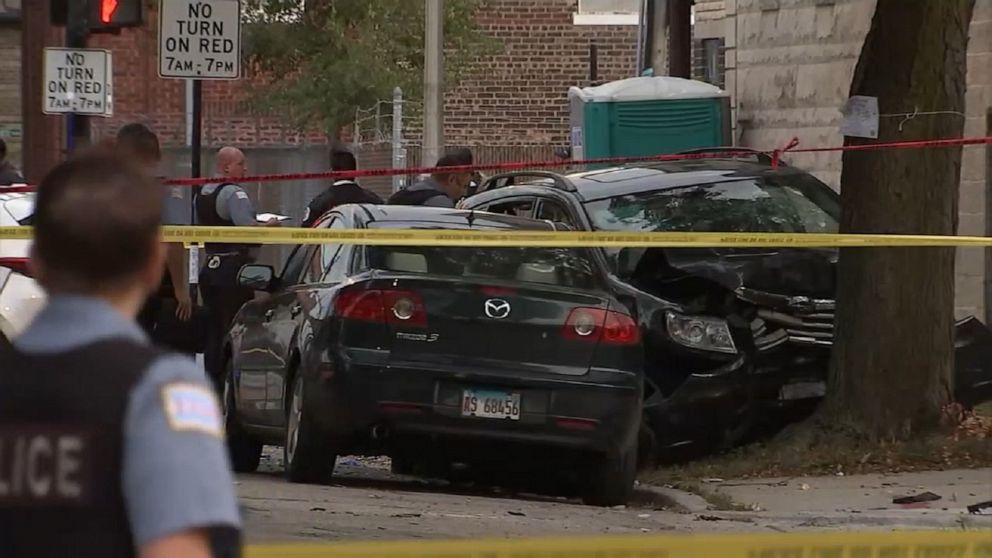