KINMEN, Taiwan (Reuters) – The de facto U.S. ambassador in Taipei joined for the first time on Sunday a Taiwanese leader, amid rising tensions with Beijing, to commemorate a key military clash and the last time Taiwanese forces joined battle with China on a large scale.

China, which claims Taiwan as its own, has stepped up military activity around the democratic island, moves denounced by Taiwan’s government as an attempt at intimidation to force them to accept Chinese rule.

Taiwan President Tsai Ing-wen laid a wreath and bowed her head in respect at a memorial park on Kinmen island, which sits a few kilometres (miles) off the Chinese metropolis of Xiamen, to mark the 62nd anniversary of the start of the second Taiwan Straits crisis.

In August 1958, Chinese forces began more than a month of bombarding Kinmen, along with the Taiwan-controlled Matsu archipelago further up the coast, including naval and air battles, seeking to force them into submission.

Brent Christensen, head of the American Institute in Taiwan and Washington’s de facto representative, offered his respects too, standing behind Tsai, in a symbolic show of U.S. support for the island.

Washington has no formal ties with Taipei but is its largest arms supplier. The administration of President Donald Trump has made bolstering relations a priority, to Beijing’s anger.

Taiwan fought back at the time with support from the United States, which sent military equipment like advanced Sidewinder anti-aircraft missiles, giving Taiwan a technological edge. The crisis end in a stalemate.

Major General Liu Qiang-hua, spokesman for the Kinmen garrison, said it was important to remember an event that was so crucial to ensuring Taiwan’s security.

“Of course we hope there is no war, but it is dangerous to forget about war. This is the spirit we need to safeguard,” he told Reuters.

Formerly called Quemoy in English, Kinmen today is a popular tourist destination, though remnants of past fighting like underground bunkers are scattered across the island, and Taiwan maintains a significant military presence.

2nd night of protests against GOP convention in Charlotte

Sun Aug 23 , 2020
Protesters have returned to the streets of Charlotte, North Carolina, to demonstrate for a second night as GOP officials gathered in the city for the Republican National Convention By The Associated Press August 23, 2020, 4:18 AM 2 min read Share to Facebook Share to Twitter Email this article CHARLOTTE, […] 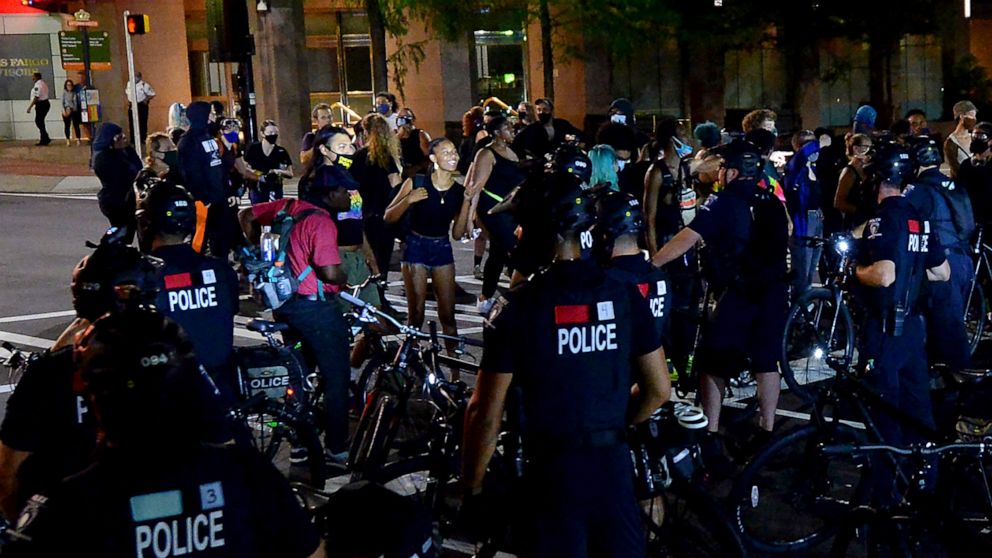