FRANKFURT (Reuters) – German payments company Wirecard AG said on Thursday it was teaming up with car-dealing platform AUTO1 Group to offer digital financial services to consumers, in its first alliance with a company backed by Japan’s SoftBank Group.

Wirecard struck an alliance in April with SoftBank, whose Vision Fund is behind ride-hailing companies such as Uber, Didi Chuxing, Grab and Ola. As part of the pact, SoftBank is also buying $1 billion in convertible bonds from Wirecard.

The investment by the world’s biggest private technology company marked a vote of confidence after Wirecard faced allegations of fraud in a series of investigative reports by the Financial Times.

Wirecard has told shareholders it sees profit potential of between 209 million euros and 273 million euros ($235-$307 million) from its SoftBank alliance over five years. The Japanese conglomerate had invested $460 million in AUTO1 last year.

Thu Jul 18 , 2019
An aerial view shows firefighters battling fires at the site where a man started a fire after spraying a liquid at a three-story studio of Kyoto Animation Co. in Kyoto, western Japan, in this photo taken by Kyodo, July 18, 2019. Mandatory credit Kyodo/via REUTERS July 18, 2019 TOKYO (Reuters) […] 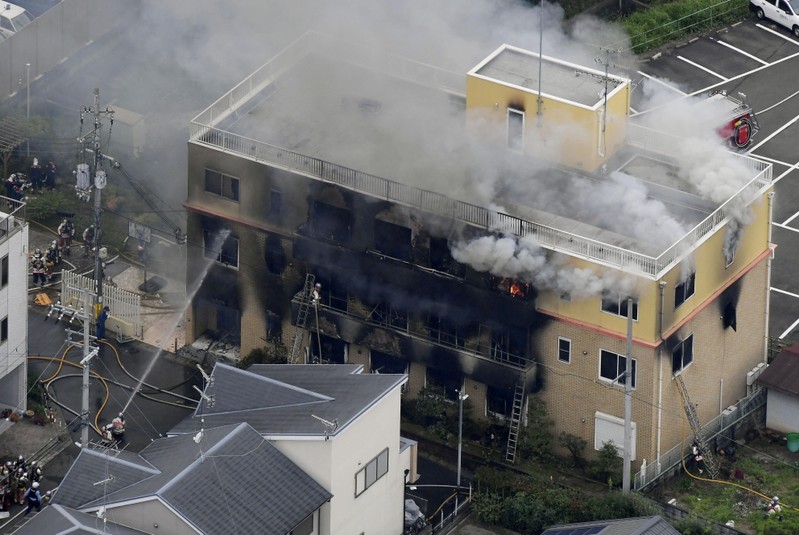