Bitcoin has had a whirlwind few months, surpassing the $60,000 mark for the first time ever in March before promptly tumbling down near $30,000 in less than three months.

The volatility, stemming from a wide range of factors including Elon Musk’s tweets and a FBI raid on Russian hackers, has pummeled the value of the digital token, which was drawing in waves of newcomers with its lightning-fast growth.

But despite the volatility of the coin, some investors have continued to steadily build their holdings. That includes Adam Traidman, CEO and co-founder of BRD, a popular crypto wallet with more than 7 million users. Traidman is a veteran of bitcoin’s massive price swings, which is why he doesn’t try to time the market.

To take advantage of dollar-cost averaging, you invest a fixed amount on a regular basis instead of buying a lump sum of stock all at once. This allows investors to avoid trying to time the market and takes the emotion out of investing.

For Traidman, that means buying a little bit of bitcoin every few days, no matter the price at the time. This, he says, helps him avoid the psychological stress of buying at, say, $60,000 only to see his investment lose 20% of its value in a day.

“Casual investors have a tendency to buy into the hype cycle and sell when the losses become a reality,” Traidman tells CNBC Make It. “It’s crazy, illogical thinking, but it happens all the time. Why would people buy high and sell low? Well, they don’t want to, but they sell out of fear.”

Although dollar-cost averaging is typically used for more traditional investments, like stocks and index funds, it makes sense to apply it to crypto too. Throughout its more than 10-year lifespan, bitcoin has seen several massive price rallies followed by steep drops. Each drop, however, has left bitcoin’s floor price higher than it was before the rally.

Still, Traidman is quick to note that putting your money in alternative investments like bitcoin is akin to “professional gambling” and advises people to only invest money that they are willing to lose entirely.

He looks at bitcoin as a long-term investment, rather than a way to get rich quick. “I’m not letting [the price drop] bother me, because I’m confident that the price performance charts have shown that it’s going to return in the long term.”

Traidman has a portion of every paycheck converted to bitcoin, regardless of the price, and doesn’t worry about whether he’s buying at the top or bottom on a given day.

“Dollar-cost averaging ends up making sense in the long term,” he says. “If you contribute a little bit every time, in the long term you end up with a pretty darn good return if you an weather all the ups and downs.”

Don’t miss: This couple retired in their 30s—here’s why they keep $80,000 in their savings account

Fri Jun 18 , 2021
Shares of the Peter Thiel-backed psychedelic start-up Atai Life Sciences jumped Friday on its first day of trading on Wall Street. The newly listed Nasdaq stock opened up 40% before pulling back some. The German biotech’s initial public offering was priced Thursday night at $15 per share, the high end […] 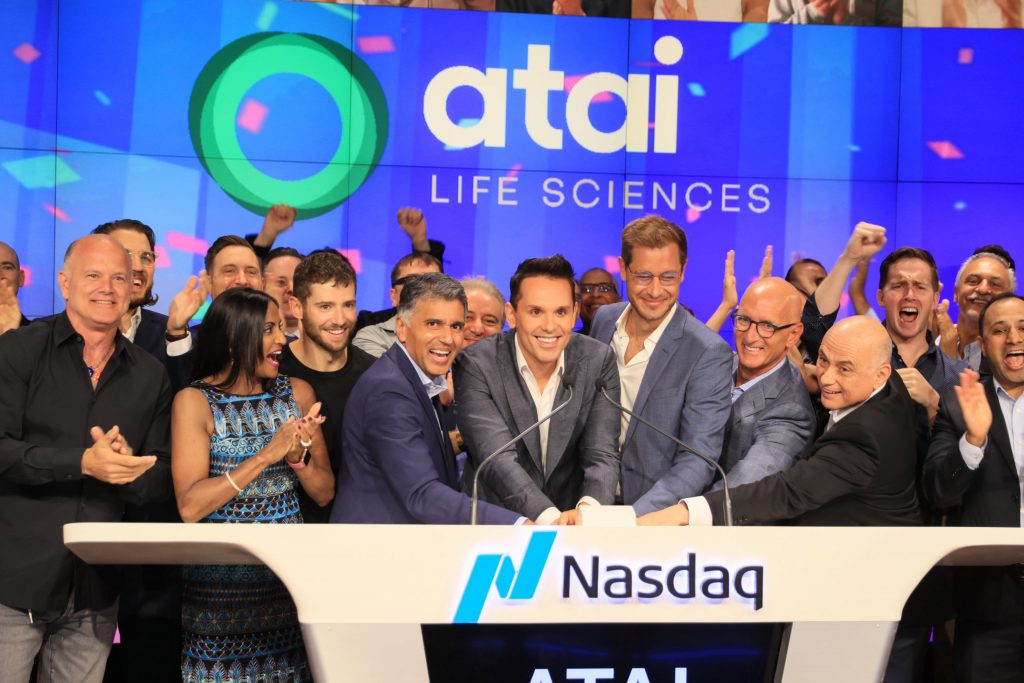