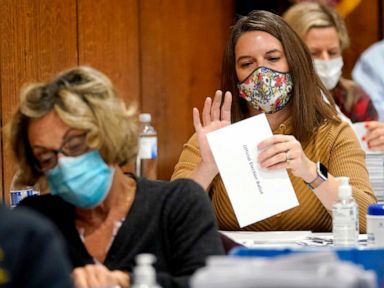 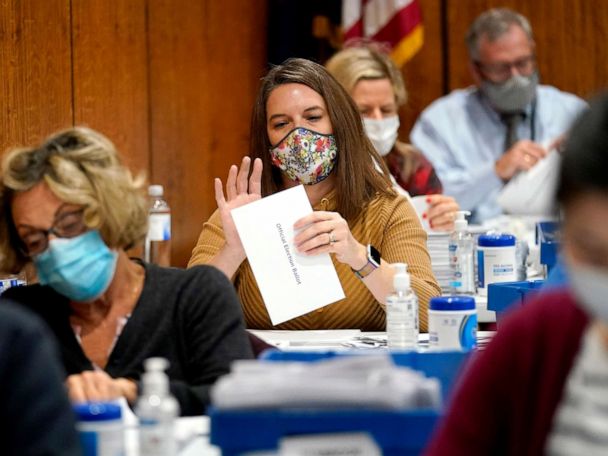 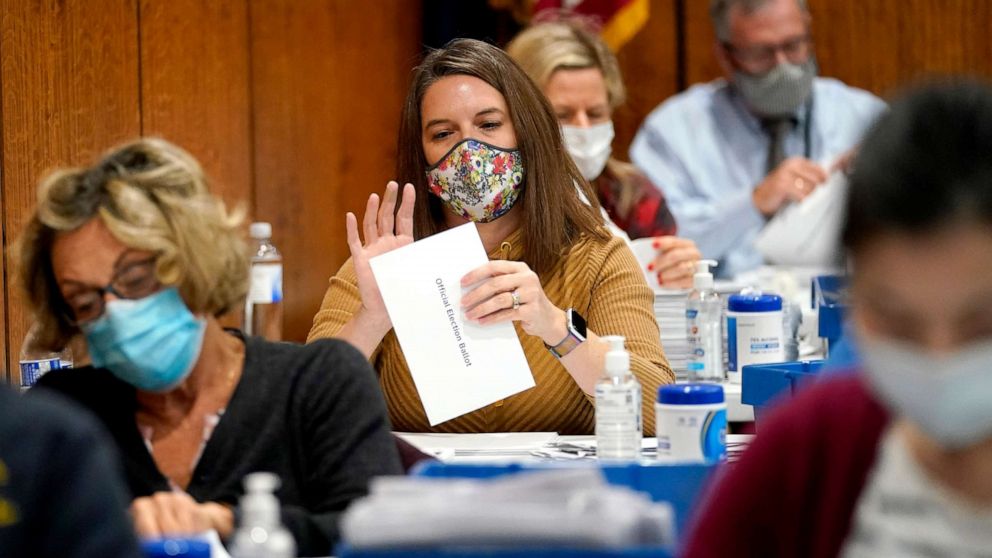 Pennsylvania, one of the most important presidential battlegrounds, is among the handful of states that did not begin processing absentee ballots until Election Day morning.

That abridged timeline is one of the reasons the state isn’t expected to have every vote counted until Friday, at the earliest.

It’s the result of deadlocked negotiations between Democratic Gov. Tom Wolf and Republicans who control of the state legislature.

When Pennsylvania approved so-called “no-excuse” absentee mail ballots last fall — meaning any voter can request one without citing a reason — the law didn’t allow officials to begin canvassing mail ballots until polls close on election night, according to Lisa Schaefer, the executive director of the County Commissioners Association of Pennsylvania.

Counties began lobbying lawmakers to give them more time to process ballots ahead of the pandemic. But their effort became more aggressive over the summer, after several counties struggled to quickly count the deluge of mail-in ballots in the June primary.

In September, lawmakers in Harrisburg took up the issue again, with counties seeking as much as three weeks to process mail-in ballots.

Republicans passed a measure through the Pennsylvania General Assembly that included the changes sought by counties, but also would have limited the number of days counties could accept mail-in ballots after the election, and allow people to serve as poll watchers in counties adjacent to where they live.

Wolf claimed he reached an agreement with Republicans on the package. But GOP statehouse leaders denied they had any accord with the governor, and claimed he resisted changes to the rules governing poll watchers.

“I was trying to get to a point where we have a reasonable counting opportunity for the counties, Republican counties and Democratic counties, to give them a chance to do a very practical thing, which is open those envelopes up and smooth them out if they have to get them ready to be counted at 8 p.m. on Election Day,” Wolf said on Oct. 27.

But at least eight counties are reportedly planning to wait until Wednesday morning to start processing and counting mail in absentee ballots received before the election: Beaver, Cumberland, Franklin, Greene, Juniata, Mercer, Monroe, and Montour. In 2016, President Trump won all these counties, except for Monroe.

ABC News has reached out to each county – and has heard back from four. Election officials in Greene, Juniata, Mercer and Montour counties said they are focused on making sure in-person voting, complicated by coronavirus, works smoothly on Tuesday, and are focusing their limited resources on Election Day management. An official in Monroe County said workers there had already pre-canvassed, or prepared for scanning, the mail-in ballots received Tuesday but would not scan them until Wednesday.

According to Pennsylvania State Department data reviewed by ABC News, these counties account for over 180,000 of the requested mail-in ballots in Pennsylvania.

Some Pennsylvania Democrats are suspicious of the delayed timeline in the handful of counties, and worry that the delay could tie up those ballots in any post-election litigation over the results.

“There’s just no legitimate reason not to have it on election day,” Lt. Gov. John Fetterman, a Democrat, told ABC News.

If voters have mailed a naked ballot or fear their absentee or mail-in ballot was not counted or may not arrive, they can go to their polling place and request a provisional ballot instead. Deputy Secretary of State Jonathan Marks urged counties to analyze how many provisional ballots they may expect by cross-referencing the mail-in requests.

“How many folks have voted by mail who haven’t returned it, and we reminded counties to the extent that they hadn’t already done that analysis to do that and just make sure they’re covered in the areas where you might expect a larger number than average, who may show up and need to use the provisional ballot process,” Marks explained.

Thad Hall, the Election Director of Mercer County, which is one of the counties that will not count mail-in ballots until Wednesday, said the only thing worrying him is provisional ballots, some of which may take the place of the expected deluge of mail-ins.

In addition to the vote counting conundrum, Pennsylvania also still could face a Supreme Court case after the election, in which the court may end up ruling that ballots postmarked before Nov. 3 but received after Election Day are invalid. Secretary Boockvar has instructed counties to segregate those late ballots in anticipation of any ruling down the line. 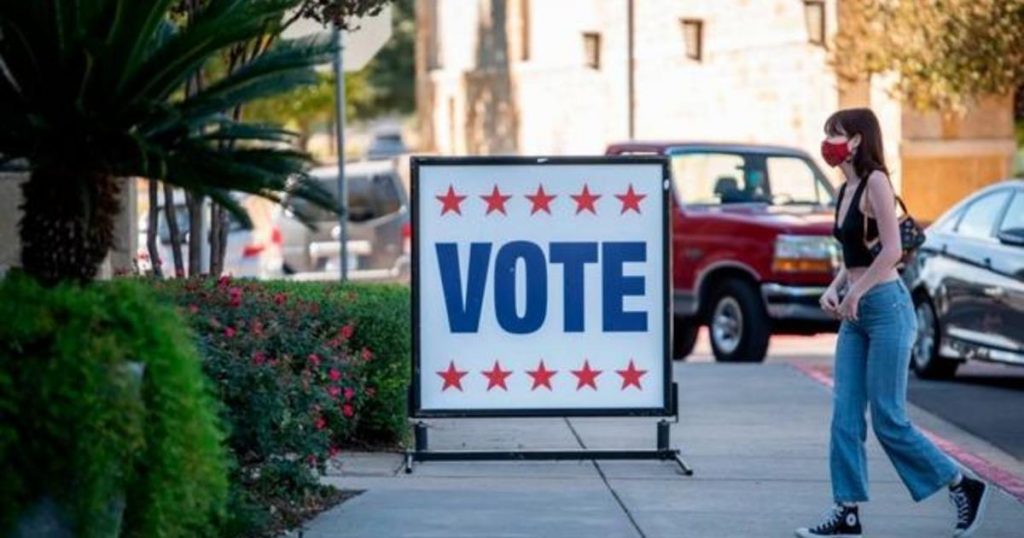