There’s a good chance that what ailed the market in 2018 could reverse sometime in 2019, providing strong tailwinds for stocks, some strategists said.

After the worst December since 1931 and the worst year since the financial crisis, stocks enter 2019 tentatively but still susceptible to the volatility that resulted in historic intraday swings in late December. The S&P 500, trading at about 2,495, is down 6.6 percent for the year, and down 9.6 percent in December alone.

In the final quarter of 2018, the market fell on concerns that economic growth and profit growth are slowing down, and Fed rate hikes and trade wars would only accelerate the deceleration. But most Wall Street strategists in a CNBC survey maintain a rosy view for the bull market, and see it extending its run for another year, for an average year-end target of 3,000 — a 20 percent gain.

“Based on fundamentals, I don’t think the pullback we had in this market was ever justified. Markets will do what they’ll do. I think you have significant upside here. Therefore, we would think that the bottom has been put in this market,” said Jonathan Golub, chief U.S. equities strategist at Credit Suisse. One positive is that the forward price to earnings ratio has fallen below 15 percent from 18.4 at the start of 2018. Golub’s S&P 500 target is 2,925 for 2019.

But while recent up days have been encouraging, some strategists say the market could stay volatile and swing in both directions as it works to form a bottom around the lows of last week.

Ed Keon, chief investment strategist and fund manager at QMA, is clearly feeling better about the market but says it continues to have big risks, and he expects earnings growth to be flat in 2019, compared to Wall Street expectations of about 7 to 8 percent growth.

Keon said December was one of his most actively traded months, after he decided Dec. 3 to sell some stocks following President Donald Trump’s meeting with China President Xi. He then proceeded to sell on every rally until last week, when he began to buy much stocks at a much cheaper valuation.

“It was a very active month. We don’t usually do a tremendous amount of trading in the course of a month. We’re still kind of cautious. We did buy aggressively last week,” Keon said.

The stock market has been fearful of the Federal Reserve’s rate hiking agenda, but in the futures market, there is not a single hike in the federal funds rate priced in for next year. For 2020, the market is figuring there’s a higher chance for a rate cut than a hike.

The Fed’s December forecasts showed two rate hikes expected for next year. But what really spooked the market was Fed Chairman Jerome Powell’s comment that the Fed would continue to allow securities to roll off its balance sheet as they mature, thereby shrinking the balance sheet. Some market pros believe the Fed program is removing liquidity from the market and that could indirectly impact stocks as the European Central Bank also ends its asset purchases.

Economists expect inflation comparisons should weaken, given the near 40 percent decline in oil prices in the fourth quarter.

“We started the year [in 2018] with a very expensive market, and this year we’re going in with an inexpensive markets. We may be setting ourselves up for a big upside surprise,” said Golub.

Markets are watching Friday’s panel with Powell and former Fed chairs Janet Yellen and Ben Bernanke for clues on policy moves regarding both the balance sheet and rates. But the forum at an economists conference may result in little news, and next week’s Fed minutes from the last meeting could be more informative, some traders say.

As for trade, President Trump tweeted some encouraging developments over the weekend, though it’s unclear how much progress is being made. There is a March 1 deadline on a trade deal, or Trump has said he would resume putting tariffs on China.

if we were to reach a lasting fair and equitable peace on the trade war front that would be good news,” said Keon, noting it would be a positive catalyst for the market.

But there is skepticism around a deal being made in time to head off further tariffs. Goldman Sachs economists, for instance, lowered their growth forecasts to 2 percent for the first half of the year, and noted that more tariffs are likely.

“I think the market needs to come to an understanding that this thing is going to take some time.,” said Golub. “In the short term it isn’t the best thing. If we get this right and the long term trade relationship between teh U.S. and China is in a bettter place that’ not a bad thing for markets.”

Golub said he’s not concerned about slower earnings growth at this point, after 2018’s more than 20 percent growth.

“The fact you’re comparing it to this year’s stellar earnings growth, juiced by tax changes is not a fair comparison. The growth will be slower, but it’s not going to be a problem,” he said. “I would expect managements are going to be very hedged and cautious in their language when upcoming reports come out. I think there’s going to be a disparity between the numbers that are going to be just fine and rhetoric which is going to be cautious.To the extent the market will get caught up in the rhetoric, it will create a buying opportunity.”

With expectations for slower economic reports, data will also become more important to the market, including reports like Friday’s jobs report. Economists expect growth to slide below 2 percent in the second half of the year, but they do not expect a recession.

So far, the shutdown of the government has added to negative sentiment but it is not seen as a big factor for the economy or markets.

Another positive has been the decline in Treasury yields which have fallen as stocks sold off. Yields move opposite price.

The 10-year yield, which influences mortgages and other loans, has fallen below 2.70 percent, after trading as high as 3.25 percent this year. 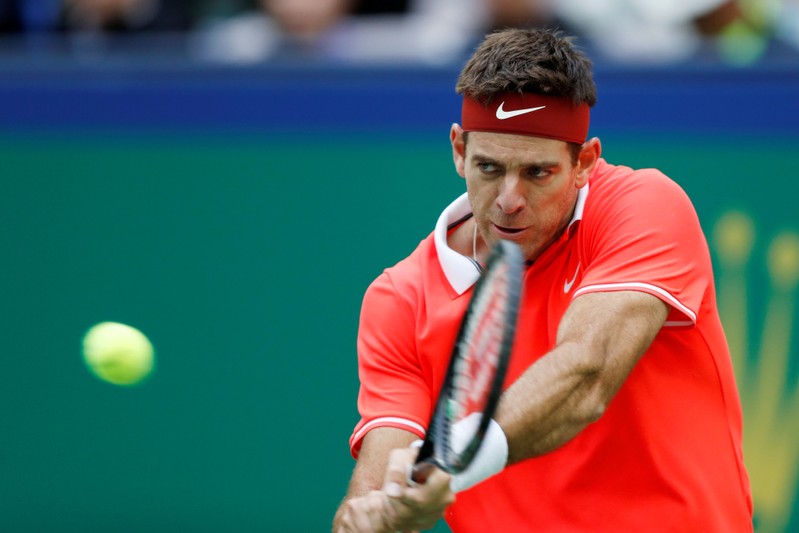