Passengers arriving on the flight from Singapore are processed by staff in protective clothing and directed towards a covered walkway to a separate exit from the airport terminal in Wuhan in central China’s Hubei province on Thursday, Jan. 14, 2021. Chinese state media reported that a WHO team arrived in Wuhan, China, on Thursday to research the origins of the coronavirus. (AP Photo/Ng Han Guan)

A global team of scientists led by the World Health Organization arrived on Thursday to China’s central city of Wuhan to investigate the origins of the coronavirus pandemic. The trip was finalized earlier this week, more than a year after the first case was recorded in the province.

“After negotiation between the two parties, the Chinese government agreed that the World Health Organization’s international team of experts will come to China on January 14 to communicate with Chinese scientists and medical experts about scientific cooperation on the origins of the new coronavirus,” stated Zhao Lijian, spokesperson for the Chinese Foreign Ministry.

The group arrived late in the morning on a budget airline from Singapore and was expected to head into two weeks of quarantine. The team left the airport terminal through a plastic quarantine tunnel marked “epidemic prevention passage” for international arrivals and boarded a cordoned-off bus that was guarded by half a dozen security staff in full protective gear.

Team members did not speak to reporters, although some waved and took pictures of the media from the bus as it departed. A worker in protective coverings directs members of the World Health Organization (WHO) team on their arrival at the airport in Wuhan in central China’s Hubei province on Thursday, Jan. 14, 2021. A global team of researchers arrived Thursday in the Chinese city where the coronavirus pandemic was first detected to conduct a politically sensitive investigation into its origins amid uncertainty about whether Beijing might try to prevent embarrassing discoveries. (AP Photo/Ng Han Guan)

The WHO had been sending requests to the Chinese government to allow their investigators into the epicenter of the outbreak for months, but had been repeatedly denied.

“It’s just a little bit late for them to come, but better late than never,”said a Wuhan resident. “China is the first place where epidemic happened. It will be helpful for them to find the origins of the disease at where it first emerged.”

The team arrived as China battles a resurgence of cases in its northeast after managing for months to nearly stamp out domestic infections.

Thu Jan 14 , 2021
First-time claims for unemployment insurance jumped to 965,000 last week amid signs of a slowdown in hiring due to pandemic restrictions, the Labor Department reported Thursday. The total was worse than Wall Street estimates of 800,000 and above the previous week’s total of 784,000. Markets reacted little to the number, […] 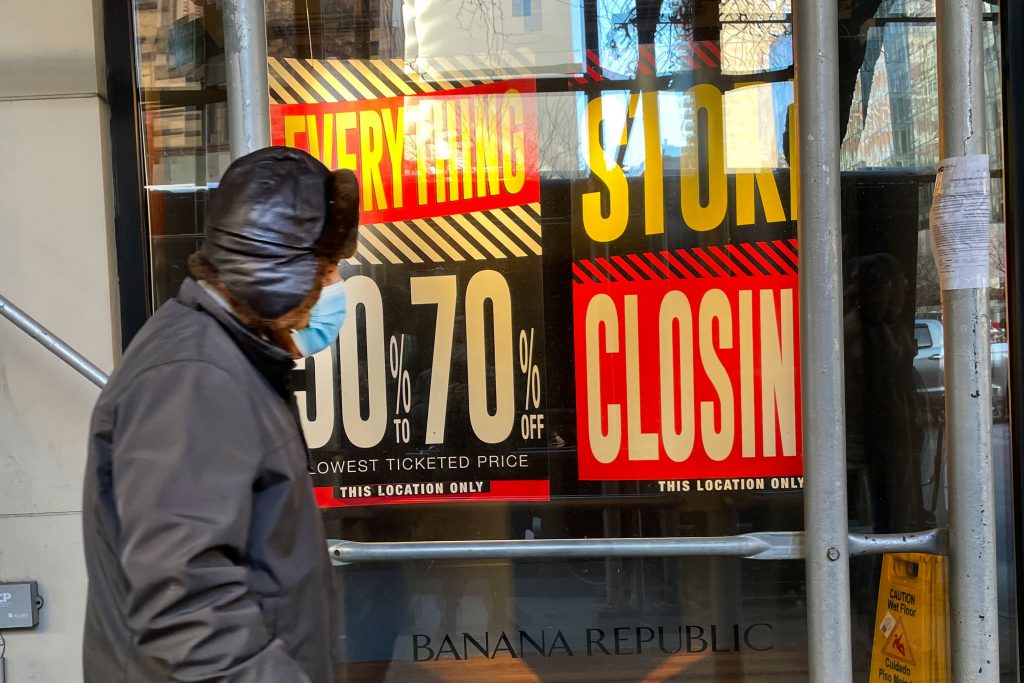