The White House is seen from the South Lawn in Washington October 17, 2008. REUTERS/Larry Downing (UNITED STATES)

WASHINGTON (Reuters) – The White House announced on Wednesday it will hold a summit on social media next month amid growing criticism from President Donald Trump and some in Congress.

The White House did not say who would take part in the July 11 gathering and major social media firms did not immediately confirm they would attend. White House spokesman Judd Deere said the meeting would “bring together digital leaders for a robust conversation on the opportunities and challenges of today’s online environment.”

U.S. politicians, led by Trump, have increasingly used social media to try to go around traditional media and woo voters directly via social media platforms. Trump has said on many occasions that he would have been elected without Twitter and Facebook.

Trump, who has more than 61 million Twitter followers, on Wednesday renewed his regular attacks on Twitter suggesting without offering evidence in a Fox Business Network interview that Twitter makes it “very hard for people to join me at Twitter … and they make it very much harder for me to get out the message.

Representative Bennie Thompson, a Democrat who chairs the committee, cited the live-streaming of an attack that killed 51 people and wounded 49 at two mosques in Christchurch, New Zealand, on Facebook and said social media companies need to do more to prevent such content “from spreading on your platforms again.” He said they must also do a better job keeping “hate

speech and harmful misinformation off their platforms.”

In April, Trump met with Twitter Chief Executive Jack Dorsey and spent a significant time questioning him about why he had lost some Twitter followers, a person briefed on the matter told Reuters.

The source said Dorsey explained in response to Trump’s concerns about losing followers that the company was working to remove fraudulent and spam accounts and that many famous people, including Dorsey himself, had diminished followings as a result.

Trump again complained on Wednesday he was not gaining followers as quickly as he previously did. Trump lost 204,000 of his 53.4 million followers in July 2018, according to social media data firm Keyhole, when Twitter started purging suspicious accounts after it and other social media services were used in misinformation campaigns attempting to influence voters in the 2016 U.S. presidential race and other elections.

Trump has one of the most-followed accounts on Twitter. But the president and Republicans in Congress have repeatedly criticized the company and its social media competitors for what they have called bias against conservatives, something Twitter denies.

Wed Jun 26 , 2019
FILE PHOTO: The logo of FIFA is seen in front of its headquarters in Zurich, Switzerland September 26, 2017. REUTERS/Arnd Wiegmann June 26, 2019 By Rachel Joyner PARIS (Reuters) – FIFA on Wednesday defended its VAR review system, saying referees had reached a 98% accuracy rate in decision-making during the […] 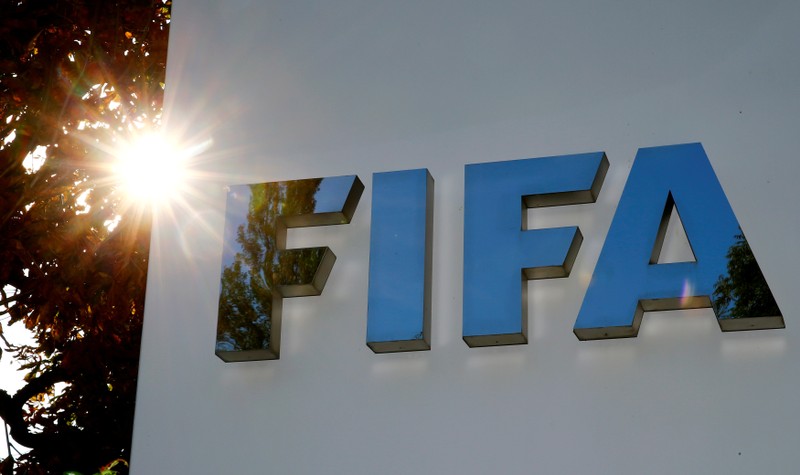