By David Lawder and Susan Heavey

WASHINGTON (Reuters) – A senior White House adviser tamped down expectations on Tuesday for the next rounds of U.S.-China trade talks, urging investors, businesses and the public to be patient about resolving the two-year trade dispute between the world’s two largest economies.

“If we’re going to get a great result, we really have to let the process take its course,” Navarro said on CNBC.

Trump has imposed stiff tariffs on Chinese imports that have roiled global markets. China has retaliated with its own duties.

The South China Morning Post reported https://bit.ly/2manJ5q, citing an unidentified source, that China was expected to buy more agricultural products in hopes of a better trade deal with the United States.

American and Chinese trade officials would discuss a deal based on a draft text that was negotiated in April before the talks broke down in May, the Hong Kong-based newspaper said.

Mnuchin said on Monday that currency manipulation would also be discussed after formally declaring that Beijing was manipulating its yuan for a trade advantage.

“In the meantime, we need to be patient with the China negotiations,” Navarro told CNBC.

The Commerce finding that the tile exports were unfairly subsidized affects about $483 million worth of Chinese imports, which have already been hit with 25% tariffs.

(This story corrects paragraph 6 figure to $125 billion, not million.)

U.S. senators expect Congress to reinstate aid for Ukraine even if Trump cuts it

Tue Sep 10 , 2019
National flags of Ukraine and the U.S. fly at a compound of a police training base outside Kiev, Ukraine, May 6, 2016. REUTERS/Valentyn Ogirenko September 10, 2019 By Patricia Zengerle WASHINGTON (Reuters) – Republican and Democratic senators said on Tuesday they expected the U.S. Congress would pass legislation restoring $250 […] 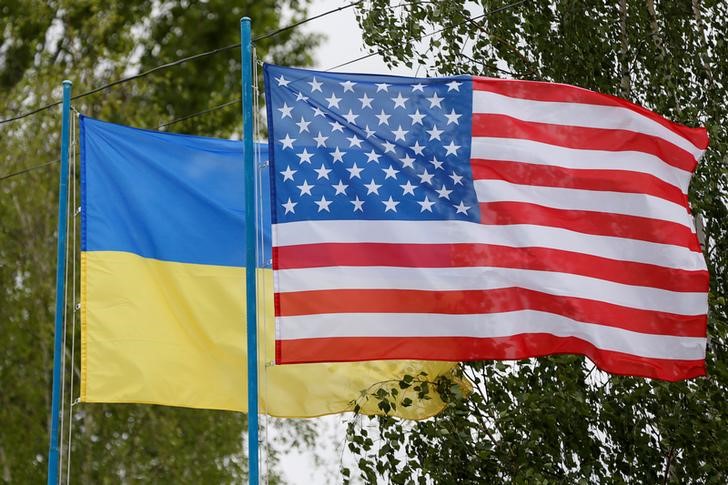