Where’s Waldo? A robot can now find him.

Watch a video of the robot, called “There’s Waldo,” finding Waldo, embedded below.

For Redpepper, the project is a demonstration.

“‘There’s Waldo’ is a prototype we put together to test the capabilities of Google’s new AutoML Vision (Auto Machine Learning) service. We provide innovation services to our clients so in order to understand the capabilities of the latest tech we usually try to put together prototypes like this that showcase the possibilities,” Matt Reed, the Creative Technologist at Redpepper tells CNBC Make It.

Google’s auto machine learning service, announced in January, 2018, is a suite of tools that gives people with limited artificial intelligence experience the ability to apply the tech giant’s tools and technology.

With Google’s tool, Reed developed the There’s Waldo robot. The robot’s “arm” takes a photo of the page of the book, scans the faces in the page and via machine learning matches the image on the page that looks like Waldo.

“If Waldo is identified the arm will move to that position and point the little creepy hand at Waldo on the page,” says Reed.

In the UK, we call him Wally. In France, people ask “Où est Charlie?”. Germany calls him Walter, and in Croatia? “Gdje je Jura?” Whatever you call him, use @mcreed’s There’s Waldo AI to find the elusive traveller with a Raspberry Pi-powered robot arm:

Reed trained the machine intelligence by uploading 62 images of Waldo from Google Images.

“I thought that wouldn’t be enough data to build a strong model but it gives surprisingly good predictions on Waldos that weren’t in the original training set. It detects false positives roughly 5 percent to 10 percent of the time so it’s not perfect. Maybe I could get that lower if I built up my Waldo training set more,” Reed says.

“There are a surprising amount of faces on a Waldo spread. Did you know some of those Waldo pages have over 300 faces? I didn’t, but some do! Crazy,” Reed tells CNBC Make It. “The AutoML quota is 600 predictions per minute so I can really only process a page or two per minute.”

“We do ‘Sprint’-based innovation work with brands like Mars Petcare, Verizon, Kirkland’s etc. and are constantly exploring new technologies so we can leverage them throughout our creative process,” Reed says.

you can stop wondering where @MoonPie come from. we made a VR game called Mission MoonPie and it has been described as “a VR masterpiece.” peep the vid

The same technology could be applied to other use cases, like identifying how many pairs of Nike shoes or Gucci handbags are being worn at the mall, count the number of cans of LaCroix or Coke are seen in a photo from an event like a music festival or identify a missing child on all public cameras when an Amber alert is sounded, Reed suggests.

Other ways that Redpepper has played with technology include building a QR code with Oreos and having humans sing Christmas carols written by artificial intelligence.

Thu Aug 16 , 2018
article The latest on developments in financial markets (all times local): Continue Reading Below 9:35 a.m. Strong results from Walmart and hopes for progress on trade with China are helping to send stock prices higher in early trading. Walmart jumped 10 percent early Thursday after reporting stronger sales growth, including […] 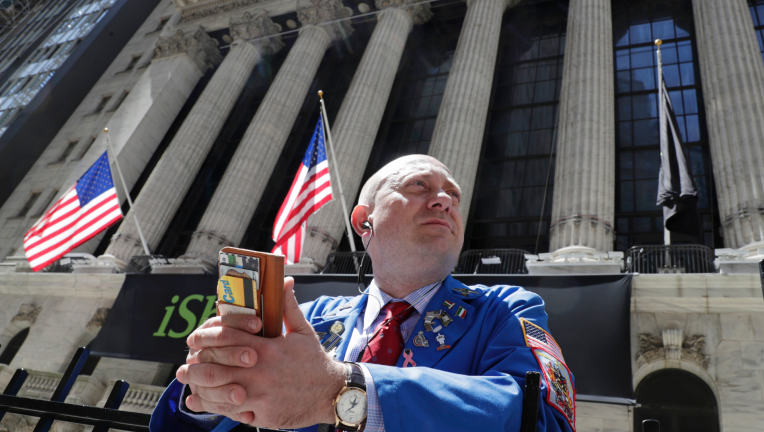