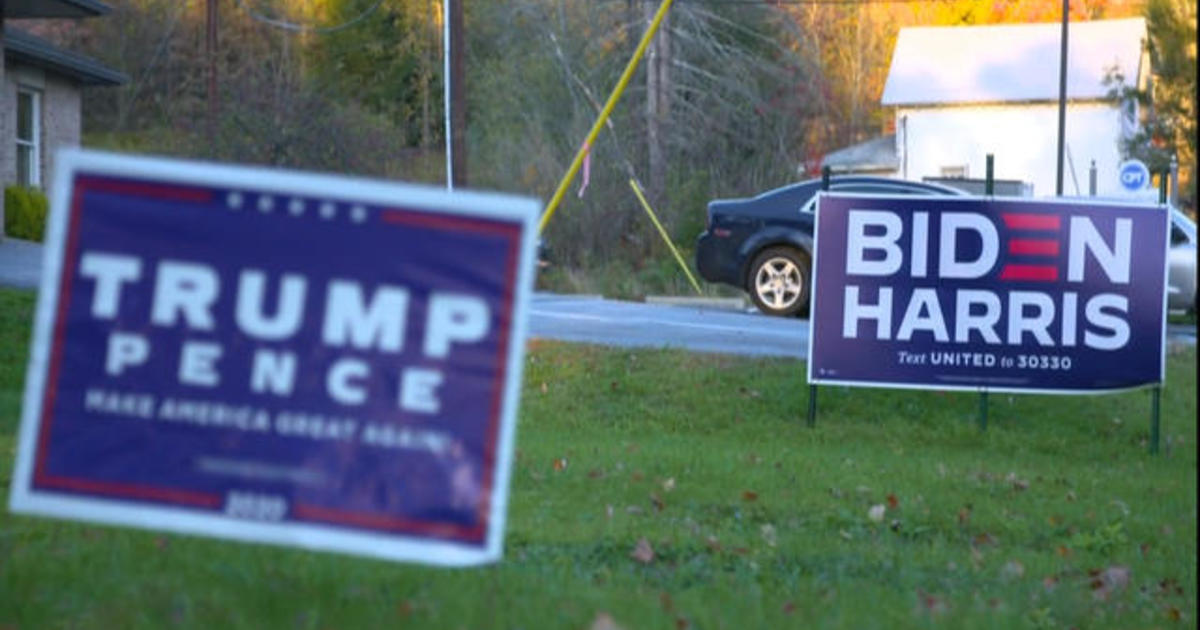 Lawn signs — the cardboard rectangles that populate Americans’ front yards every election cycle — may not be a scientific gauge of political support. In fact, it is hard to say if they prove anything about the direction of an election.

However, the shows of partisan support are impossible to ignore, and give both supporters of a candidate and their operatives a sense of optimism — or concern.

“We had a smaller sign in 2016. It’s 2020, we have a big sign,” New Hampshire resident Jeane Chase told CBS News’ Brook Silva-Braga, adding that she had only been using political lawn signs “since the 2016 election.”

Her motivation? It was “the candidate and his story.”

“A lot of people were getting disgusted with politicians in general. They say one thing and do another thing,” Trump supporter Gloria Gebert said. “I’m getting goose bumps because this man, I’m telling you, we just have a lot of faith in him.”

Wayne County, Pennsylvania Democrat Party Chair Mark Gaziadio believes his own side’s lack of signs could have contributed to Hillary Clinton’s wide margin of loss in the Republican stronghold area.

“We were unable to get signs… The campaign just wouldn’t provide them for us,” Gaziadio said. “They didn’t think that they were effective.”

Gaziadio said signs were not meant to be “effective” in the sense of changing a voter’s mind, but “to reinforce that there are other people here who think like you do.”

“If you only see signs for the other candidate, then you may think you’re overwhelmed,” he said.

Mr. Trump ended up carrying Pennsylvania by less than 1% in 2016.

Jeff Eggleston, a Democratic commissioner in Pennsylvania’s Warren County, said he realized that election night that he “had not done enough.” When 2020 came, Eggleston decided his contribution would take the form of designing and printing his own Joe Biden signs.

Democratic operatives have long shunned lawn signs in favor of more high-tech forms of voter outreach. Eggleston said he observed it starting with President Obama’s campaign, before becoming “a dogma… that you just don’t deal with.”

Columbia University Professor Donald Green is one of the few people to have seriously researched whether lawn signs can prove anything about the direction of an election.

“We found an average effect of about 1.7% point boost, so a candidate who would ordinarily get 48.3 would get 50.0,” Green explained.

In a close race, the thin margin could make a big difference.

Green has been limited in his scope of research, because he cannot “use university funds to buy lawn signs.”

However thanks to donations, “getting to the bottom of this is something we certainly can do.” 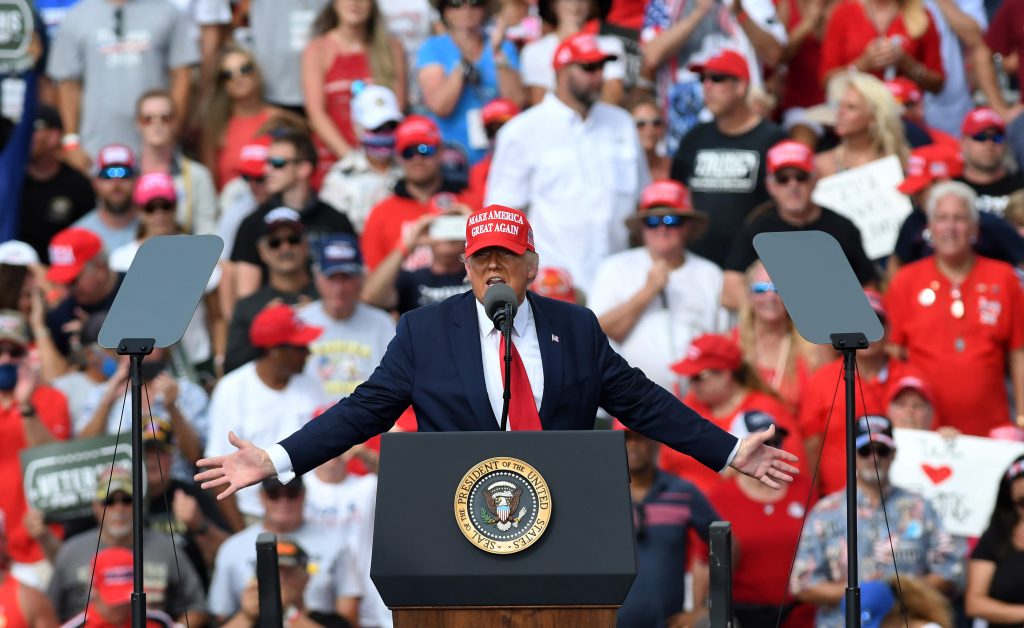