Traders work the floor of the New York Stock Exchange.

Business: F5 is a leading provider of multi-cloud application services that allow its customers to develop, deploy, operate, secure and govern applications in any architecture, from on-premises to public cloud. the Company’s Traffic Management Operating System (TMOS) based offerings include software products for local and global traffic management, network and application security, access management, Web acceleration and various network and application services. These products are available as modules that can run individually or as part of an integrated solution on the company’s purpose-built BIG-IP appliances and VIPRION chassis-based hardware, or as software-only Virtual Editions.

Activist Commentary: Elliott has a history as one of the premiere activist investors in technology companies. Their team includes analysts from leading tech private equity firms, engineers, operating partners – former technology CEOs and COOs. When evaluating an investment they also hire specialty and general management consultants, expert cost analysts and industry specialists. They often watch companies for many years before investing and have an extensive stable of impressive board candidates. Elliott filed a 13D on F5 competitor Citrix Systems, Inc. (CTXS) on June 11, 2015 and outlined a plan for the Company that included the evaluation of non-core assets, including the sale or spinoff of the GoTo franchise, which was accomplished on February 1, 2017. Elliott partner Jesse Cohn was on the board of Citrix from July of 2015 to April of 2020.

Elliott, which has a position in F5 according to multiple reports, believes there are operational and strategic opportunities at F5 to create shareholder value.

F5’s main competitor is Citrix Systems, Inc. Elliott had a live 13D filing on Citrix from June of 2015 until November of 2019, and from July of 2015 until April of 2020, Elliott partner and head of U.S. activism, Jesse Cohn, was on the Citrix board of directors. So, Elliott has gotten to know the industry and F5 very well, but really could not invest in F5 until Jesse left the Citrix board just over six months ago.

Like Citrix, the primary activist opportunity here is operational. The company’s spending is growing faster than its revenue, and two recent acquisitions that have not been integrated yet have not helped its operating margins, which continue to decline despite strong gross margins. Elliott would likely work with the board and management to get operating margins from 30.5% to 36%-38%, a range the company was in for 10 straight years prior to 2019. While the jury is still out on the company’s two recent acquisitions (Shape Security and NGINX), focus needs to shift to integrating these businesses and halting future acquisitions that do not make sense. This is not to say that smaller acquisitions with businesses that could be sold through F5’s channels do not make sense, like we saw Akami do when Elliott was involved there.

In the world of activism, Elliott is primarily known for their successful strategic activism at small/midcap technology companies and generally comes into situations like this with a plan to pursue a sale of the company. However, they are also very adept at operational activism as they have shown at Citrix and Akami, and like those situations the operational path is the preferred path to create shareholder value. But Elliott has deep tentacles in the private equity and strategic acquisition communities and they always have a strategic plan – this time it is just plan B.

If the operational improvements don’t work out or management is unwilling or unable to make the necessary improvements, we can expect Elliott to advocate for strategic options. If this is the case, it is expected that there would be very strong acquisition interest from both private equity and strategic acquirers such as Broadcom. The company is one of the cheapest names in the technology sector right now, trading less than 10x cash flow, yet the company is still growing and is highly profitable. A private equity firm could pay north of $175 for the company while an acquisition for a strategic investor like Broadcom could make sense north of $200.

Ken Squire is the founder and president of 13D Monitor, an institutional research service on shareholder activism, and the founder and portfolio manager of the 13D Activist Fund, a mutual fund that invests in a portfolio of activist 13D investments

Investors see an ‘All clear’ for a reopening rally. Are they right this time?

Sat Nov 14 , 2020
Traders work the floor of the New York Stock Exchange. NYSE Wised-up market watchers are quick to sneer and jeer when small investors start to cheer a stock rally. And cheer they did last week, reacting to a clear election result and encouraging news on Pfizer’s Covid-19 vaccine trials with […] 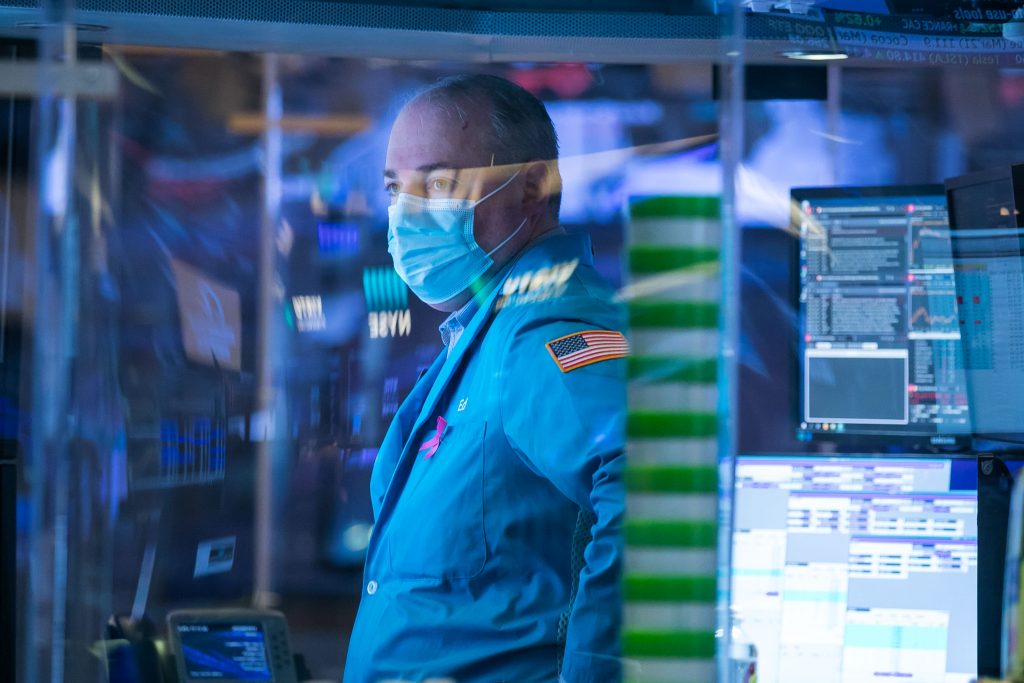