Cars sit in a dealership lot on the first day that dealerships are allowed to open to the public on May 20, 2020 in Linden, New Jersey.

The outcome of Tuesday’s presidential election between President Donald Trump and former Vice President Joe Biden is expected to have widespread impact on the U.S. auto industry – from near-term consumer confidence to long-term regulatory and trade policies.

In his first-term as commander in chief, Trump deregulated, renegotiated and litigated critical areas impacting the auto industry. If the Republican president is re-elected, much of the same is expected during his second term. That includes lower corporate tax rates, U.S.-focused trade and reduced environmental regulations.

If Biden, a Democrat, is elected, expect him to reinstate, if not increase, environmental regulations from when he served as vice president under the Obama administration. Much of Biden’s campaign has been focused on assisting U.S. environmental policies, including assistance for the growth of electric vehicles – a growing focus of the U.S. auto industry.

BofA Securities analyst John Murphy summed up a second term for Trump being “more of the same, both positive and negative,” while a Biden presidency would mean “more stability/predictability, but tougher policies.”

“Very similar to the election developments in 2016, there is significant tail risk that the results of the upcoming presidential and congressional elections on November 3 will have a material impact on the U.S. and global automotive industry,” Murphy wrote in a note to investors Monday.

If there’s a Democratic sweep of the White House and Congress, BofA Securities expects an initial “negative reaction for automotive stocks given the tougher fundamental backdrop from a policy perspective,” which could be offset by a broader economic stimulus plan and a more stable regulatory environment.

In the event of a Republican sweep, BofA Securities expects an “initially positive reaction for automotive stocks as the fundamental backdrop from a policy perspective remains relatively favorable. However, in this scenario, policy uncertainty and volatility would undoubtedly increase, as Trump may be further emboldened to take more aggressive actions, which we expect would not be supportive for stocks over the intermediate-term.”

So which candidate would be better for the U.S. auto industry? It depends on the issue as well as the automaker.

The greatest divides between the candidates involving the U.S. auto industry are fuel economy and emissions regulations.

The Trump administration earlier this year completed a rollback of U.S. vehicle emissions standards adopted under the Obama administration. Trump also withdrew California’s waiver to set its own stricter standards, which led to a legal battle.

“Trump sees regulations as barriers to economic growth, while Biden supports the use of regulations to achieve his broader goals, especially the goal of combating climate change,” Kristin Dziczek, vice president of industry, labor and economics at the Center for Automotive Research, said in a recent blog post.

Biden has pledged to reinstate and advance such regulations. He’s also expected to allow California and other states to set their own standards, which has divided automakers.

While automakers say they don’t plan their business decisions around one region’s policies or political leaders, the industry is at a potential turning point regarding electric vehicles.

The Trump administration has not necessarily done anything to deter the adoption of electric vehicles, but it also hasn’t done much to spur their adoption.

It’s expected such a plan would spur greater adoption of electric vehicles. That would be a win for automakers such as GM and Tesla that are investing billions in such vehicles.

After initially proposing a budget that would have eliminated a federal tax incentive of up to $7,500 for the purchase of an electric vehicle, the Trump administration maintained the incentive.

Biden has said he wants to set up a “cash for clunkers” rebate program that would encourage Americans to trade their older vehicles for new electric vehicles. The current tax credit was started during the Obama administration.

Trump has taken a bilateral approach to trade. That has included renegotiating the North American Free Trade Agreement to become the United States-Mexico-Canada Agreement, or USMCA, and implementing tariffs in an attempt to balance trade with China and other countries.

Trump also has heavily criticized the World Trade Organization – an international governmental body that regulates international trade practices. Trump has called the WTO “broken,” saying countries such as China have taken advantage of it. The U.S. has threatened to leave the organization.

Both Trump and Biden have criticized China as a global trade violator. Trump, however, has sought bi-lateral deals with Beijing, while “Biden plans to take a multilateral approach to balancing China’s economic power through more vigorous enforcement of existing trading rules and support for the WTO,” according to Dziczek.

Automakers have invested billions of dollars to avoid onerous Chinese tariffs on U.S. imports by producing vehicles in China, the world’s largest vehicle market. Tesla began local production in China late last year, while legacy automakers such as GM have attempted to expand operations in the country.

Many industry analysts and executives don’t expect either candidate to make significant changes to the  USMCA, which was eventually supported by both parties after more than a year of negotiations to resolve Democratic concerns. The deal also was backed by the AFL-CIO,  a federation of 56 unions representing 12.5 million workers.

“On automotive trade, I don’t think you’re going to see Biden making much of a move,” Mary Lovely, senior fellow at the Peterson Institute, told CNBC. “There’s no way, especially with the labor support Biden has, he’s going to change that.”

–CNBC’s Michael Bloom and Silvia Amaro contributed to this report.

Tue Nov 3 , 2020
Britain and Germany have both announced plans to ramp up screening for coronavirus infections, including the use of rapid testing technology, in a bid to stem second wave infections and establish systems that leaders hope will usher a return to some degree of normalcy. The British government announced plans on […] 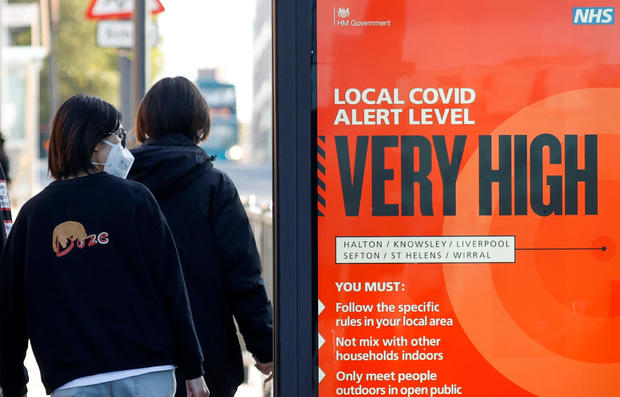