We Co. has chosen to list its shares on the Nasdaq exchange and plans changes in its governance.

The workspace provider will reportedly begin officially marketing the shares to investors next week ahead of a trading debut the week of Sept. 23, according to the Wall Street Journal.

The company is also expected to set a preliminary price range by next week.

An issue being discussed involved curbing the voting power of founder Adam Neumann, according to Reuters report.

Neumann has 20 times the voting power of ordinary shareholders.

The office-sharing company’s highly anticipated IPO could fall below $20 billion — a dramatic drop from its $47 billion valuation of which was raised through private capital this year.

This comes at a time when IPO demand is surging for companies who show they are on a path to profitability, according to the Journal, adding that the roughly 50 percent drop in valuation would hurt investors who have given or committed to over $10 billion to the company.

The company, which was founded in 2010, filed paperwork in August to go public.

Sanders distances himself on socialism from Venezuela's Maduro

Fri Sep 13 , 2019
Pressed on his self-described democratic socialist platform during the third Democratic presidential debate in Houston on Thursday, Vermont Senator Bernie Sanders distanced himself from the repressive leftist government of Venezuelan President Nicolás Maduro. Sanders argued that his own brand of socialism is starkly different from Maduro’s.  In a round of […] 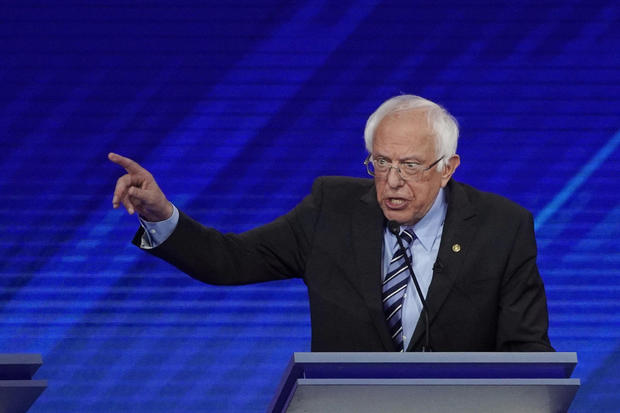