The terms “wealth management” and “viral sensation” are rarely used in the same sentence. Andy Rachleff, co-founder of the robo-advisor Wealthfront, is betting his retirement years he can change that.

After a career spent investing in Silicon Valley start-ups, Rachleff is looking to take robo-advising the way of household tech names like Netflix.

He and Wealthfront’s 37-year old co-founder Dan Carroll are measuring their success as a relatively new investment firm against companies that exploded in popularity from word of mouth among young adults. These are companies like Netflix, Twitter and Facebook, rather than against more obvious yardsticks like Charles Schwab or Fidelity.

Rachleff said he’s taking a page from Netflix’s own playbook. The streaming giant’s CEO Reed Hastings and he once served on a board together, and that’s how Rachleff learned the key to Netflix’s success. “The only way that you know that people love your product is if they tell their friends.”

Wealthfront is at once a tech startup and a financial company. Its sleek mobile app is designed to lure customers by promising an easy, low-cost way to invest in the market using popular investments like exchange traded funds. Originally designed for long-term savings goals, the the firm has ambitious plans to take on more bank-like functions, such as the interest-paying cash account it introduced in March and a debit card it plans for later this year.

The company, and other robo-advisors, face plenty of challenges — including the fact that major banks and brokerage firms control the majority of investment assets in the United States. Whether younger customers will continue to stick with Wealthfront as they age and their financial lives grow more complex remains to be seen. And a prolonged turbulent market could chase business away.

Wealthfront’s strategy is to automate an investment process that was once largely done by humans, from account set up to fund selection and account maintenance. All of this hinges on its customers trusting computers, hence, the firm’s target audience are tech-savvy millennial investors.

So far, Wealthfront has signed up 270,000 accounts, with roughly $13 billion in assets under management. It is what the founders call “self-driving money.” Similar to how humans use an autonomous car, people using the Wealthfront app are investing automatically in accounts that are doing the work for them, but they can take control when they want.

Roughly 90 percent of these customers are under the age of 45. Young people are largely ignored by traditional brokers, who usually want hefty account balances, and they are “desperate for something,” Rachleff said.

Like Charles Schwab and an earlier generation of discount brokers, Wealthfront and its fellow robo advisors are changing how the brokerage industry works. But it’s taken about a decade to get here.

Rachleff spent many years as a Silicon Valley investor before deciding to retire in 2005 and teach at his alma mater, Stanford’s Graduate School of Business. There he has become something of a pied piper for newer generations of tech entrepreneurs.

Andy Dunn, the CEO of Bonobos, took Rachleff’s class when it was co-taught with Google CEO Eric Schmidt. The class was highly recommended but tough to get into, he told CNBC. It was one of those classes where “people walk in and everyone’s quiet and prepared,” he said. “People were hanging on his every word.”

Rachleff also became a trustee at the University of Pennsylvania, where he went to college and now chairs the endowment board. His experience with the endowment kindled the idea for what would become Wealthfront. Extremely wealthy people and big investors like endowments pay money managers big fees to generate returns using sophisticated models. Those managers demand high minimum investments, far beyond the reach of ordinary people.

Rachleff’s idea was to use software that would take those same sophisticated money management techniques and make them affordable and accessible to more people.

Dan Carroll had come to a similar conclusion. In 2009, Carroll took to Facebook to create an app where people could create virtual portfolios and learn how to invest without using any actual money. The app quickly amassed half a million users. Eventually he teamed up with Rachleff to start “KaChing” — a market place of vetted portfolio managers — which failed. They shifted gears to start Wealthfront in 2011.

Fifty percent of Wealthfront’s employees are engineers, which Rachleff said allowed them to spend more than two years building a modern brokerage infrastructure from scratch. The engineering focus allowed them to build and introduce products at a faster rate, he said.

The team of designers for the most part, does not have a finance background. Instead, they spend their days thinking up ways to be more like easy-to-use consumer apps like Instagram and Google Maps.

Rachleff, a baby boomer, stands out among from his mostly millennial colleagues. His checkered blue and white button-down shirt and and loafers contrast Carroll’s high-top, white Nike sneakers and dark jeans. Both founders are Scorpios, to which Carroll attributes their passionate conversations and disagreements.

“I couldn’t have picked a better person to partner with but we couldn’t be any more different — he’s boring, I’m fun,” Carroll said. “I’m the dreamer, he’s rational — it’s great to have that balance because I think we make each other better. “

Carroll, the self-proclaimed irrational one, jokes that by now he could teach Rachleff’s class at Stanford. Rachleff often uses Silicon Valley’s catch-phrase: “Product-market fit.” It essentially means a product needs to fit the needs of a demographic that doesn’t have a better option.

In order for Wealthfront to infiltrate consumers’ everyday life the way Netflix did, the company is avoiding advertising. Rachleff is betting the Netflix type “virality” comes through delivering a product people love, and having those people tell friends.

“It seems like everybody wants to be your digital financial advisor,” said Georgetown finance professor James Angel. “There are a lot of startups in the space who are trying to do new things. And so when you put them all together it’s very very competitive.”

Collectively these startups have forced a revolution in the traditional money management business. Charles Schwab and Vanguard have rolled out their versions of robo advice engines, too. J.P. Morgan and Bank of America have them in the works. And automation is cutting the price of transactions and funds to next to nothing.

Their staying power has yet to be tested, however. Apart from some temporary volatility, the stock market has been in a prolonged bull market. Robo advisors haven’t had to shepherd investors through a calamity like the financial crisis. UBS senior equity research analyst Brennan Hawken said the start-up robos might be an attractive place for young people to begin investing, but that could change.

“Once people tend to have more money, there is a desire for a certain amount of assurance which comes with and a professional individual who you’re actually speaking to who understands the unique nuances and special circumstances,” Hawken said.

There could be room for both, though. Deloitte estimated that by 2025, between $5 trillion and $7 trillion will be invested through robo advisors, which represents roughly 10 percent to 15 percent of U.S. retail assets under management.

Others point to Wealthfront and its robo rivals acquisition fodder for the big banks. “As there are fewer big banks to combine with each other, there’s likely going to be more combinations of large banks with large fintechs,” Propel Ventures general partner Ryan Gilbert said. “I don’t think it’s a threat, but it probably makes them a very good acquisition target.”

Carroll didn’t rule out the possibility of an IPO, and said the goal is to build a “long term sustainable independent company.” But the goal posts of that success have the ability to move.

The co-founders said their long-term strategy, similar to Netflix, is becoming a one-stop shop for consumers. They might eventually offer a way for customers to deposit paychecks into a Wealthfront account to be invested, for example. In the meantime, the founders are focused on retrofitting that Netflix model to consumer finance.

That path requires patience. Carroll pointed to the early days of Netflix, when it dealt in snail mail and DVDs. People were saying, ‘I’m never going to subscribe to Netflix’ it only does one thing,” he said. “Well now they do more, and eventually people say ‘I’m not going anywhere else. Everyone is on Netflix.'”

“Our role models are companies that really build great product experiences that are used by tens of millions of consumers,” Carroll said. “As we add more and more products, we start to have the full picture and become an indispensable part of your everyday financial life.”

Rachleff said at the very least, they would affect entrenched Wall Street’s future growth. Like a frog placed in a pot of tepid water and then slowly brought to a boil, they might not feel it right away.

“It’s like boiling a frog,” Rachleff said of the Wall Street incumbents. “They don’t realize it until they’re dead.”

Sat Mar 30 , 2019
With its blend of glamour and art school eccentricities, Roxy Music blurred the boundaries of rock music. Formed in Britain in 1970 and led by Bryan Ferry, the band was highly influential in the rock world. It added avant-garde elements of fashion and art to its performances, paving the way […] 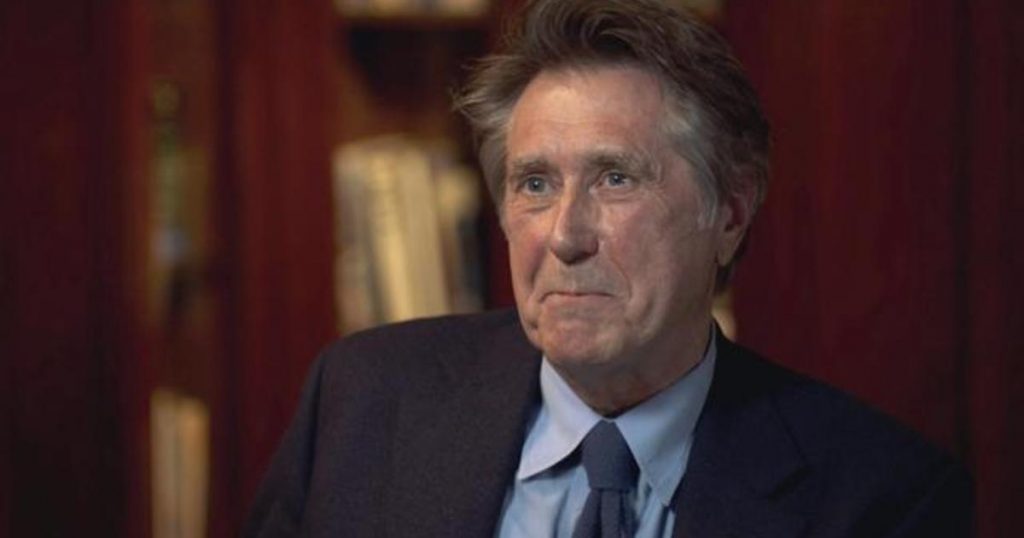