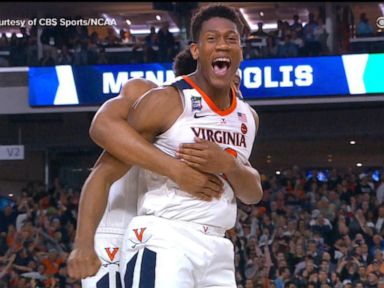 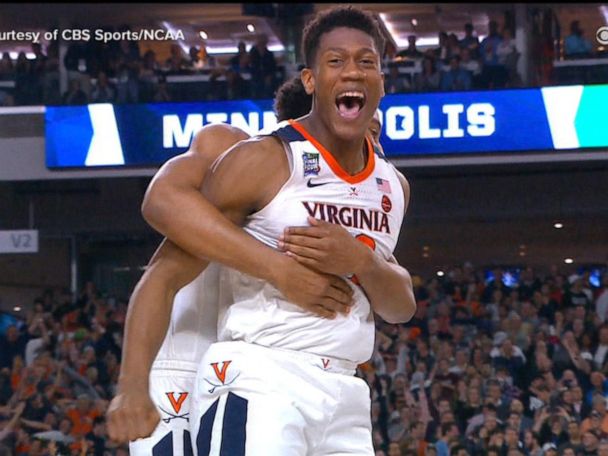 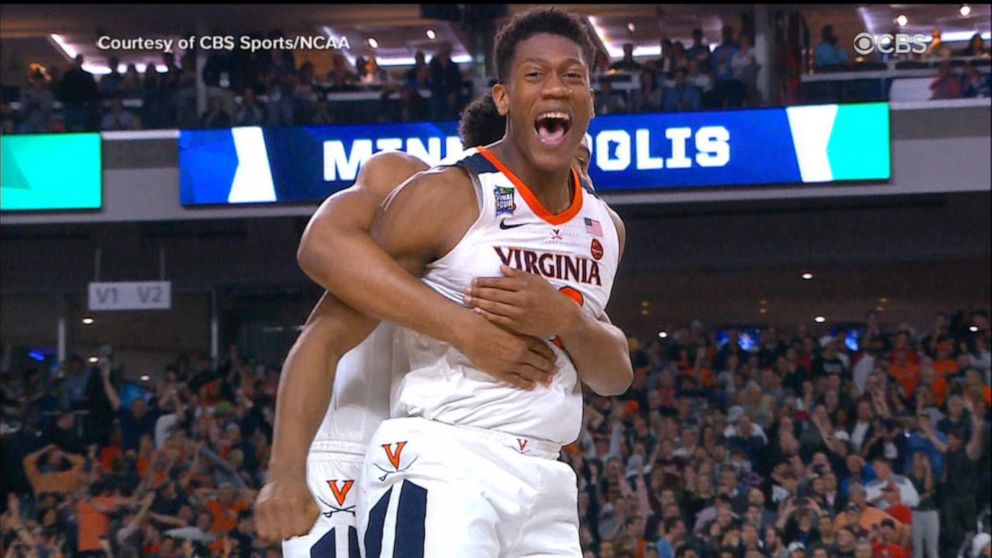 Tonight, the men will battle it out. An unexpected matchup between Virginia and Texas Tech. Virginia making it to the finals after a miracle comeback against Auburn. Texas Tech stunning Amy’s Michigan state team. ABC’s T.J. Holmes is in Minneapolis for the big game. Good morning. Break it all down. Reporter: Good morning to you all. And look at these smiling faces. Why shouldn’t they be smiling? I had to calm down the spirit squads this morning. I had to say, hey, act like you’ve been here before. The truth is they haven’t. It’s the first championship game for Virginia and for Texas Tech. In the case of Virginia, they’re here because of a controversial call over the weekend. It seems not the players but maybe a referee made their play of the day. And Virginia is heading to its first ever national championship game appearance! Reporter: After a month of madness, it all comes down to this. A showdown between number one seed Virginia and three seed Texas Tech. They barely got into tonight’s title matchup after a thrilling but controversial ending to their semifinal win against Auburn. With five seconds remaining and down by two, Virginia’s Ty Jerome lost control of the ball for a moment but picked it up with both hands and kept dribbling. That was a clear violation. A double dribble. The officials missed it. Seconds later. It’s guy from the corner, for the win! Hold on! Did I hear a whistle? Reporter: The officials called a foul on Auburn. You have a right to come down. Reporter: Kyle guy hit all three free throws, sealing the win. Virginia on a season-long redemption tour they were the first one seed ever knocked out in the first round. We know what we’re in for. We know how good Texas Tech is. Reporter: Their unlikely opponent tonight, Texas Tech, is in the final for the first time. And celebrating in the streets in Lubbock! Reporter: Back in Lubbock, Texas, some celebrations got out of hands. Some fans setting fires and flipping cars. At least 20 people were arrested. All right. A big thanks to the spirit squads from both school. Get this, these are two of the top three defenses in all of college basketball. So, might be a low-scoring affair. Should be thrilling as well. Kids are out of school tomorrow, win or lose at Texas Tech. I should have gone to tech. And T.J., Virginia looking for redemption. Texas Tech has something to prove. But the game could be all about defense. Reporter: Absolutely. 2 of the top 3 defenses of all time. It’s on another network, so maybe it will be a snooze-fest. Nicely done, T.J. We have an interview coming up with the mother of that fifth

Larry Fink just revealed how BlackRock is going to keep growing at its torrid pace: China

Mon Apr 8 , 2019
BlackRock wants to dominate the asset management business in China like it has in the U.S. The world’s largest asset manager, with $6 trillion under management, is aiming to become a leading player in China, which it thinks has the biggest growth opportunity in the industry in the next five […] 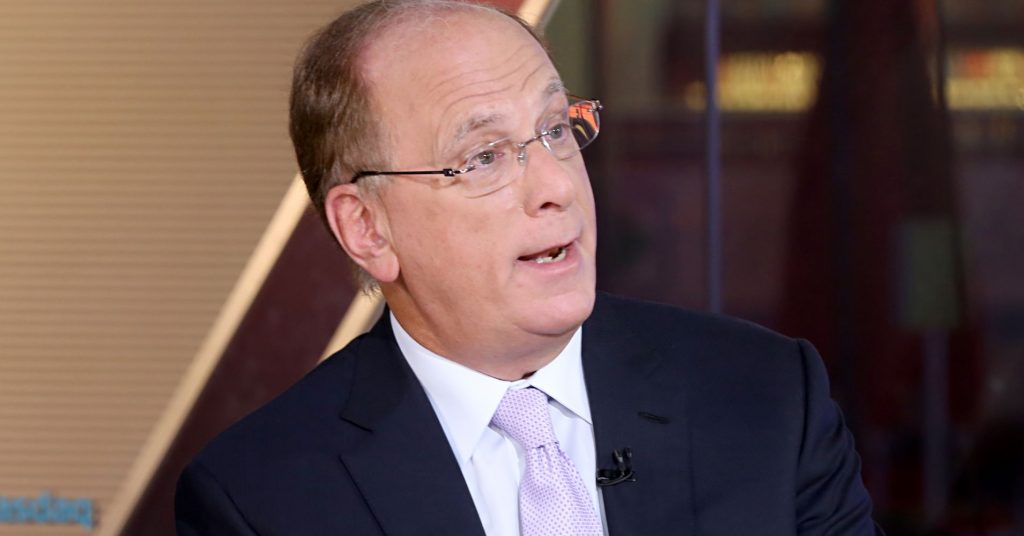