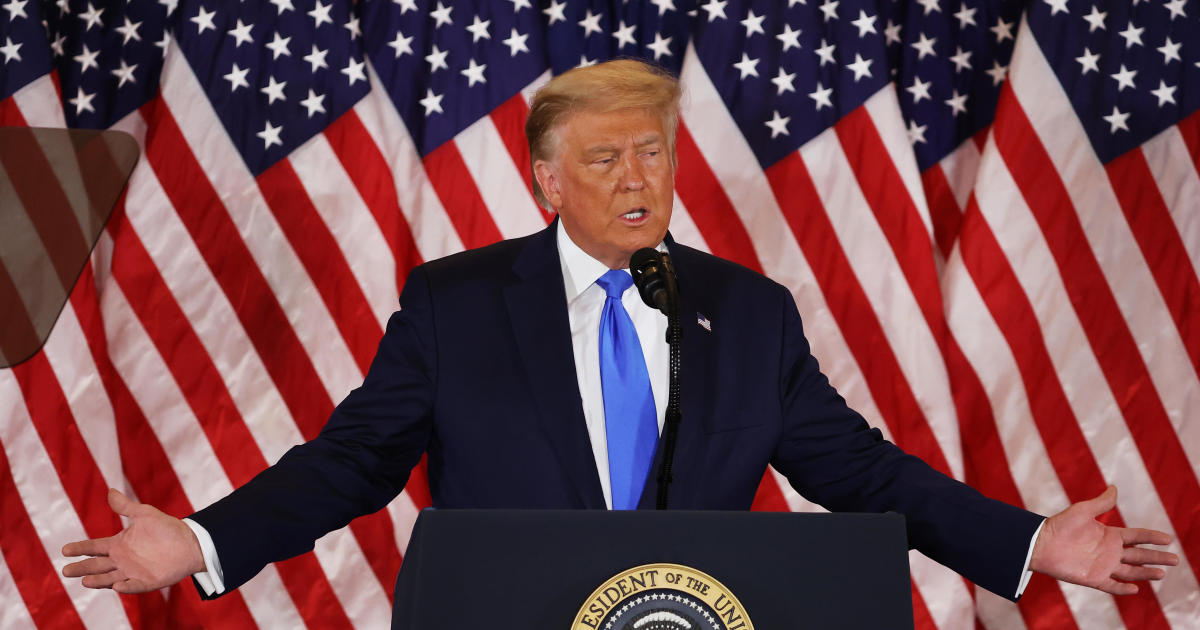 President Trump is speaking Thursday evening from the White House, the first time that he has addressed the public since his remarks in the early hours of Wednesday morning after election night. His campaign has brought or threatened lawsuits in several closely contested states in an attempt to stop the the counting of votes it is disputing.

Mr. Trump has falsely claimed victory in Pennsylvania, North Carolina, Georgia and Michigan, even though there are thousands of ballots that are still being counted. He has also sought to cast doubt on the outcome of the election in several posts on Twitter which have been flagged by the social media site for being “misleading.”

How to watch President Trump’s remarks:

Mr. Trump also falsely claimed that he had won the election in his remarks on Wednesday morning at around 2:30 a.m.

CBS News reports that Biden is leading in Arizona and Nevada. Although Mr. Trump is currently leading in Pennsylvania and Georgia, the states are now counting mail ballots.

Thu Nov 5 , 2020
November 5, 2020 WASHINGTON (Reuters) – The U.S. Office of Special Counsel has opened an investigation into allegations that the Trump campaign’s use of the White House as an Election Day command center violated federal law, Democratic Representative Bill Pascrell said on Thursday. In a statement, Pascrell said the federal […]