Supporters of President Trump stormed barricades and confronted police outside the Capitol on Wednesday, shortly after Mr. Trump gave a speech once again falsely claiming to have won a second term.

Thousands of the president’s supporters descended on Washington, D.C., for the speech, and to protest certification of President-elect Joe Biden’s victory in the November 2020 election. After Mr. Trump’s speech, many made their way to the Capitol where they planned to protest throughout the day as members of Congress count electoral votes, a formality that finalizes Biden’s victory.

Videos of the skirmishes outside the Capitol show protesters tearing down rows of metal barricades around the building before aggressively confronting uniformed officers. Police have not said if any arrests have been made.

The District of Columbia National Guard has activated 340 members to support the D.C. Metropolitan Police during the pro-Trump demonstrations in response to a request from D.C. Mayor Muriel Bowser. 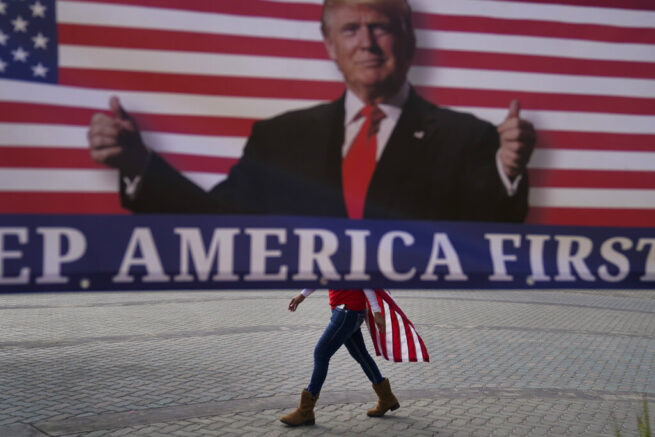