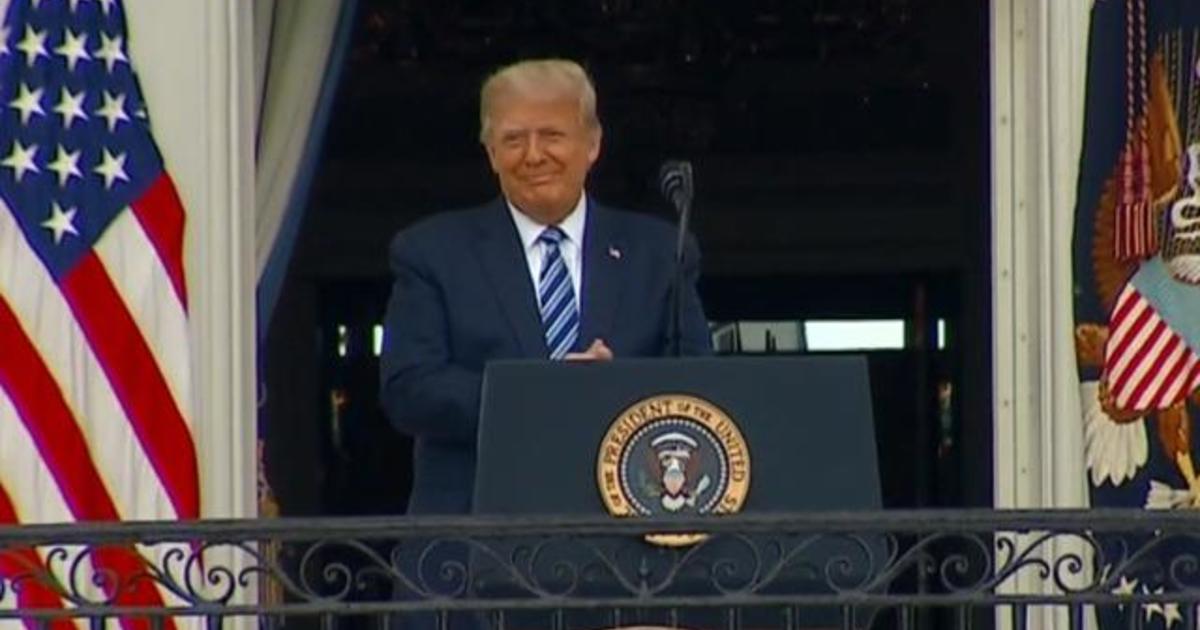 Mr. Trump has insisted that he feels great, despite his hospitalization merely a week ago. The president was placed on a number of different drugs to help him recover. The president’s physician, Sean Conley, claims Mr. Trump is no longer able to infect others, but he has not said whether the president tested negative. The Centers for Disease Control says individuals with mild COVID-19 symptoms can be around others 10 days after the onset of symptoms, but says that may be up to 20 days for individuals with severe cases.

The president already held an event with hundreds of supporters on Saturday on the South Lawn, speaking from the White House balcony.

“It’s going to disappear, it is disappearing,” Mr. Trump said about the virus that landed him in the hospital, has killed more than 210,000 Americans, and shows no signs of disappearing.

On Monday morning, as the Senate Judiciary Committee opened its hearings for his Supreme Court nominee Judge Amy Coney Barrett, Mr. Trump appeared to say he wants the Senate to curtail Barrett’s confirmation hearing, “approve” her and move quickly to a deal for COVID economic relief.

“The Republicans are giving the Democrats a great deal of time, which is not mandated, to make their self serving statements relative to our great new future Supreme Court Justice. Personally, I would pull back, approve, and go for STIMULUS for the people!!!” Mr. Trump tweeted.

Democrats and Republicans on the committee each deliver opening statements before Barrett ever speaks.

Mr. Trump called off stimulus negotiations last week. His tweet canceling talks with Democrats sent the markets tumbling. Within hours, he was calling on Congress to pass aid in a series of standalone economic relief bills. Senate Majority Leader Mitch McConnell suggested Friday the prospects for more bipartisan stimulus legislation before Election Day are “unlikely in the next three weeks.”

Mon Oct 12 , 2020
PHOENIX — Roberta Wright McCain, the mother of the late Sen. John McCain who used her feisty spirit to help woo voters during his 2008 presidential campaign, has died. She was 108. A spokesperson for daughter-in-law Cindy McCain says Roberta McCain died Monday. A cause of death was not immediately […] 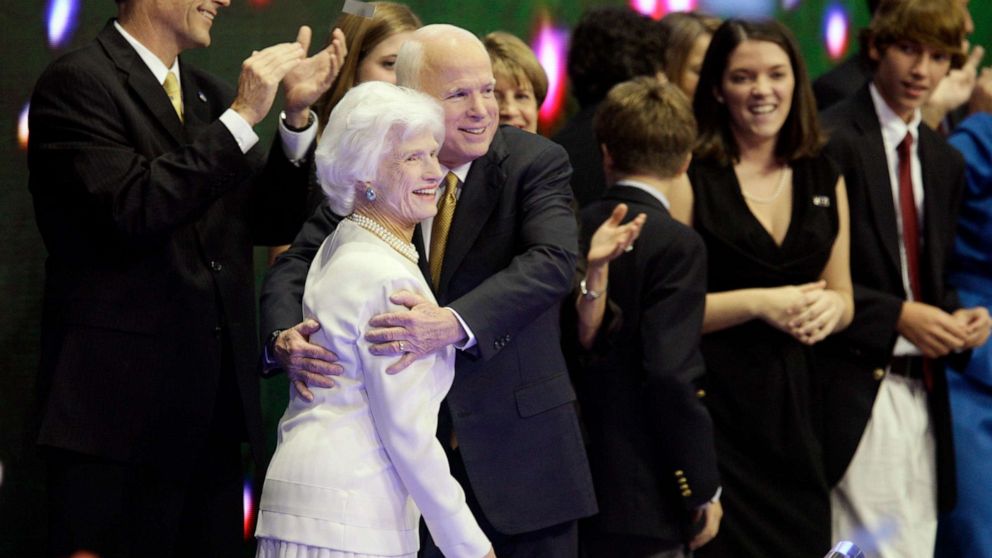