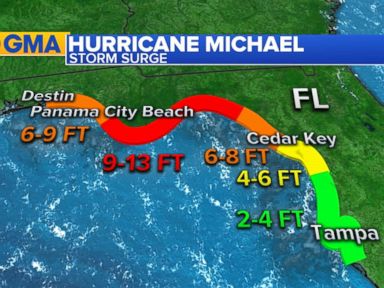 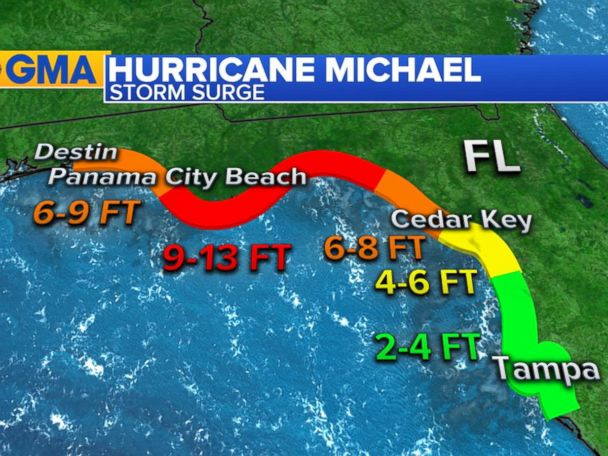 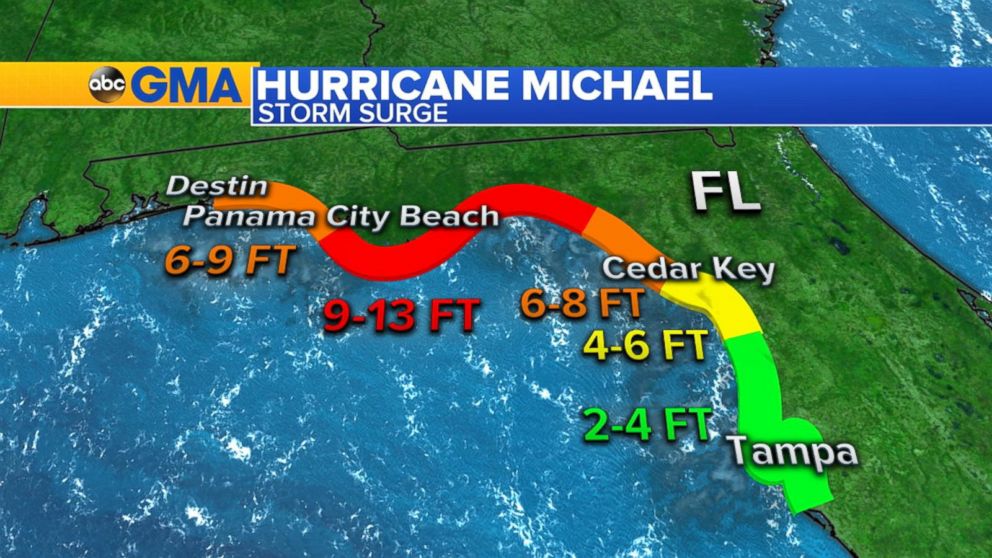 City beach, Florida, as hurricane Michael closes in. The category 4 storm could be the strongest to hit Florida’s panhandle ever. It’s packing 140-mile-per-hour winds, and they’re evacuating and telling everyone to be safe. People are listening. 375,000 people have been told to evacuate. The governor just issued that new warning, so let’s go back to “World news tonight” anchor David Muir there in Panama City beach for the latest. Good morning again, David. Reporter: Good morning to you, robin. Just take a look. These are the outer bands of this hurricane already being felt and as you know, the brunt of the hurricane not expected to actually crash ashore until about 1:00 this afternoon. It could come a little earlier at 140-mile-per-hour winds right now being registered. It’s a category 4 and as we mentioned this is the first time a category 4 has ever hit the Florida panhandle. Hurricane Michael already making history this morning. The national weather service putting it simply, we’ve never seen this happen before here. I did want to put up the tweet from governor Rick Scott that you mentioned, robin. It just came out moments ago. He said the time for evacuating along the coast has come and gone. First responders will not be able to come out and help you during the storm. If you seek to stay here you should seek refuge immediately. Just to give you an idea, the rain is just pouring right on toiphone. The winds already picking up, in fact, there was one wind gust of 56 miles per hour already registered in apalachicola, and to give you an idea, we’re in Panama City beach and as you stretch to apalachicola, that is sort of the region that they’re expecting this hurricane to make landfall within. There’s been a slight push northeasterly and this is a monster storm and what the governor is saying, if you haven’t left, the time has run out, seek shelter immediately and be prepared. This is something this region has not seen before and the biggest concern, robin, is the fact that this thing is still picking up speed over those warm waters of the gulf and as you heard ginger and rob say over the course of the last hour, there is simply nothing providing any kind of shear, anything to try to slow it down. David, it does seem that people are actually listening to these warnings and evacuating. Doesn’t seem like there’s a lot of activity around you, that people have gotten out of town. Reporter: That’s the really encouraging thing. We remember on the air last night here anticipating this hurricane arriving and there were just a few people on the beach and I pointed it out as we were on the air, that’s actually a good sign. You know, I think people have hurricane Florence in their mind and there’s always the fear that with another one of these hurricanes hitting a little later on people let their guard down. As we were driving through Panama City beach and some of the other outlying communities here that people seem to be heeding the advice. They left town, in many cases left quickly because unlike Florence which we saw for many days, this came and came quickly. There wasn’t a lot of time so not a lot of windows boarded up but a lot of signs that people have left which is really great news. It’s a great sign. Thank you.

Wed Oct 10 , 2018
article European Union officials are working on tougher auto emissions standards aimed at fighting global warming — but which the industry cautions could hurt workers and consumers. Continue Reading Below Officials from the council of EU member governments, parliament and the executive Commission were to negotiate Wednesday in the wake […] 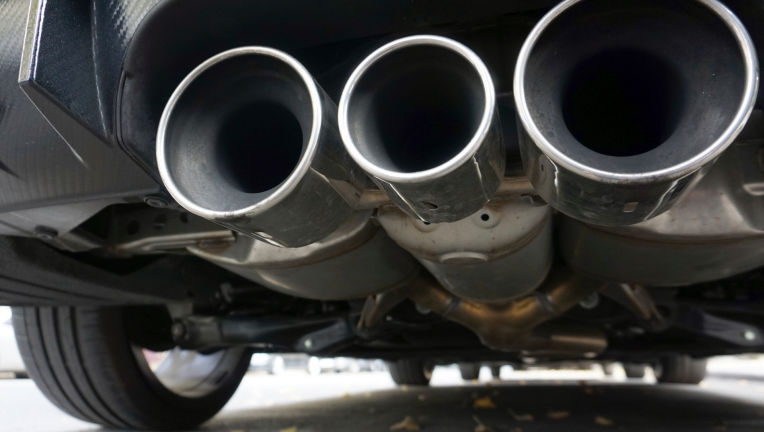