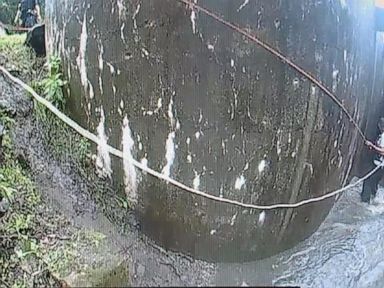 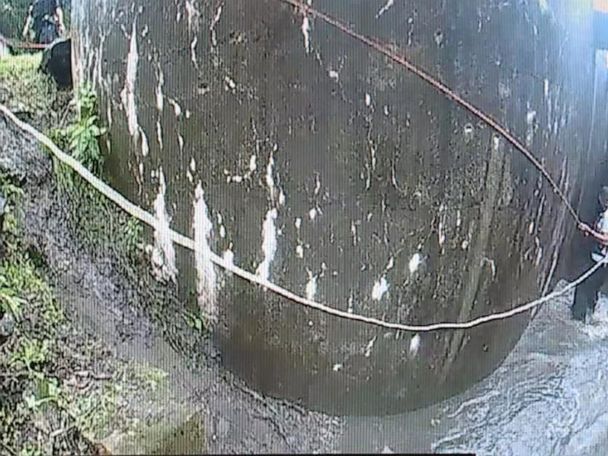 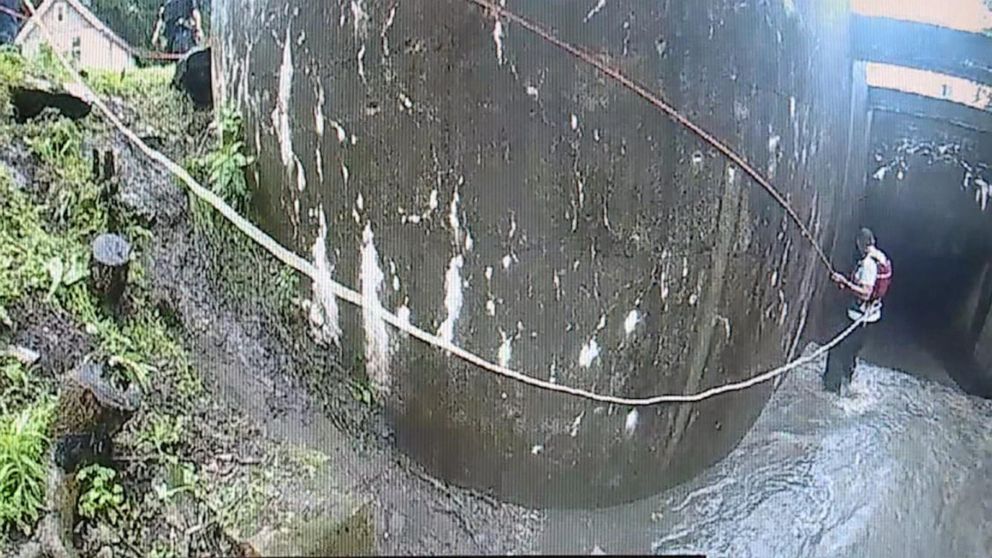 We have an incredible rescue in Ohio. Six teens caught in a flash flood. Here is more on the story. Reporter: Good morning, it was just one teen who was swept away by flood waters and eventually, all six between the ages of 13 and 15 needed help and that water was nearly three feet high from a heavy downpour when the fire chief went in to save them. This is the moment rescuers saved three of six teenage boips from rushing waters in Ohio. The six teens with playing in a creek when flash flood waters swept one in a storm drain. I think one got swept in and the rest were trying to help. Reporter: The fire chief, soaked from head to toe after jumping in the same flood waters to save the teens, as the other five got ought caught up trying to save their friends. They tried to lynch arms and the water swept nem in. Reporter: The water kearped one of the teens a half mile under ground and one of them was able to escape and call the police. Two boys able to holden to a cement wall. How many of you are right there? Three. Reporter: Police throwing a rope and life preserver down. The other two are rescued farther downstream. The police lieutenant said pulling them through the flood waters felt like pulling a Mack truck. Thank you. Thank you, janai. Now to another apparent shark attack in the waters off

Tue Jun 11 , 2019
Botswana became the latest country to decriminalize gay sex on Tuesday in a landmark case for Africa when the High Court rejected as unconstitutional sections of the penal code punishing same-sex relations with up to seven years in prison. Jubilant activists in the packed courtroom cheered the unanimous decision in […]