TORONTO (Reuters) – The two-time defending champion Golden State Warriors used a massive third quarter to overcame a sluggish start and secure a 109-104 win over the Toronto Raptors on Sunday that squared the NBA Finals at one game apiece.

The resilient Warriors, in an unfamiliar position after losing their first Game One in five consecutive trips to the NBA Finals three days ago, opened the third quarter with an 18-0 run to grab a lead they would not relinquish.

Toronto led by as many as 12 points during a first half in which they used a dominant defensive display to slow down the Warriors but the visitors, well established as a terrific third-quarter team, rediscovered their swagger after the break.

“It pretty much won us the game because we established our defensive presence, we got stops and everybody got involved in the offensive end,” said Warriors guard Stephen Curry, who left the game briefly in the first quarter with lightheadedness.

“And when you come to the timeout after a couple runs like that and everybody’s involved … the vibe is just solid, and we know that we have taken control of the momentum and then it’s just about sustaining it down the stretch.”

Klay Thompson scored a team-high 25 points for Golden State before leaving the game in the fourth quarter with a hamstring injury and Curry added 23 while Raptors forward Kawhi Leonard had a game-high 34 points.

Curry was given a technical foul with 68 seconds left for launching the ball way up in the air after a whistle and Leonard made the ensuing three free throws to cut the deficit to 106-102 and set up a frantic finish.

With the crowd on their feet, Toronto’s Danny Green drained a three-pointer to pull the Raptors to within two points with 26 seconds to play but a wide-open Andrew Iguodala responded with a clutch three with seven seconds left to seal the win.

“We were up guarding hard, and we put two on Steph and he almost threw it right to Kawhi, right? It was pretty good defense, they were scrambling around, running around like crazy,” said Raptors head coach Nick Nurse.

“And they found Iggy, right, and they found him and like I said, if he’s going to take that and give us a chance to get the ball back and win the game, we’re going to probably live with that.”

The Warriors, playing without injured two-time reigning NBA Finals MVP Kevin Durant for a seventh consecutive game, again struggled defending in transition and looked to be in trouble after the slow start by Curry.

They had a tough time finding the basket early but Curry and Thompson got loose late in the second quarter to send Golden State into the break trailing by five points.

“We weren’t exactly making stops, but we cut the lead to five and could kind of breathe at halftime,” said Warriors head coach Steve Kerr.

“Our guys felt renewed life at that point and came out and just had a great run to take control of the game, and we were able to finish it out from there.”

With former U.S. President Barack Obama and professional golfers Sergio Garcia and Rory McIlroy among those in the crowd, the Warriors shook off a slow start and now head home looking to inch closer to a fourth title in five years.

The best-of-seven series, which features the first NBA Finals games played outside of the United States, is now headed to Oakland for games on Wednesday and Friday before returning to Toronto for Game Five on June 10.

Wednesday’s game, which could feature the return of Durant, could go a long way in determining the eventual champion as teams that win Game Three in a 1-1 NBA Finals have a 31-7 series record.

Toronto, who in the series opener dominated the Warriors at both ends of the court, will certainly review film of their flat start to the third quarter where they went nearly six minutes without scoring a basket.

“That was pretty much the game right there,” said Leonard. “You can’t do that with a championship team on the other side.”

(Reporting by Frank Pingue in Toronto; Editing by Peter Rutherford and Sudipto Ganguly)

Is China really paying for Trump's tariffs? It isn't so straightforward 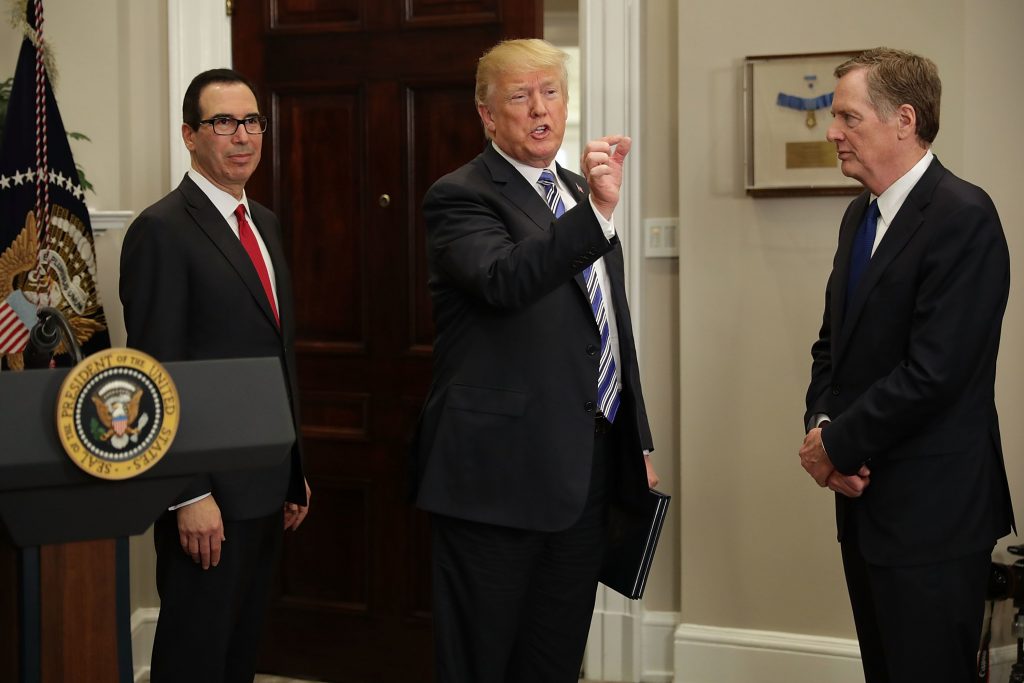