As Democrats debated different proposals to tax the wealthiest Americans on Tuesday night, Massachusetts Sen. Elizabeth Warren’s ideas were referred to as “punitive,” putting her on the defensive regarding her views on the rich.

“I’m really shocked at the notion that anyone thinks I’m punitive,” Warren said during the debate in Ohio. “Look, I don’t have a beef with billionaires, my problem is you made a fortune in America – you had a great idea, you got out there and worked for it – good for you. But you built that fortune in America, I guarantee, you built it in part using workers all of us helped educate. You built it getting your goods to market on roads and bridges all of us helped pay for. You built at least in part protected by police and firefighters all of us help pay the salaries for.”

Warren added that the top one-tenth of the 1 percent should pitch in “2 cents so every other kid in America has a chance to make it.”

Former Texas lawmaker Beto O’Rourke voiced concern that her policies were “punitive,” and not focused on lifting up those who needed the most help.

Independent Vermont Sen. Bernie Sanders was asked whether the goal of his wealth tax was to “tax the billionaire class out of existence,” to which he responded: “The truth is, we cannot afford to continue this level of income and wealth inequality and we cannot afford a billionaire class whose greed and corruption has been at war with the working families of this country for 45 years.”

As the only billionaire on stage, Tom Steyer said he was one of the first 2020 candidates to propose a wealth tax and added that he would undo the Republican tax cuts for the rich.

Wed Oct 16 , 2019
Former Louisiana Governor and 2016 Republican presidential candidate Bobby Jindal on Democrats’ proposed wealth taxes, the economy and how the short term problems Americans are enduring from the trade war will ultimately be trumped. Most 2020 Democrats agree that, in order to address income and wealth inequality in the U.S., […] 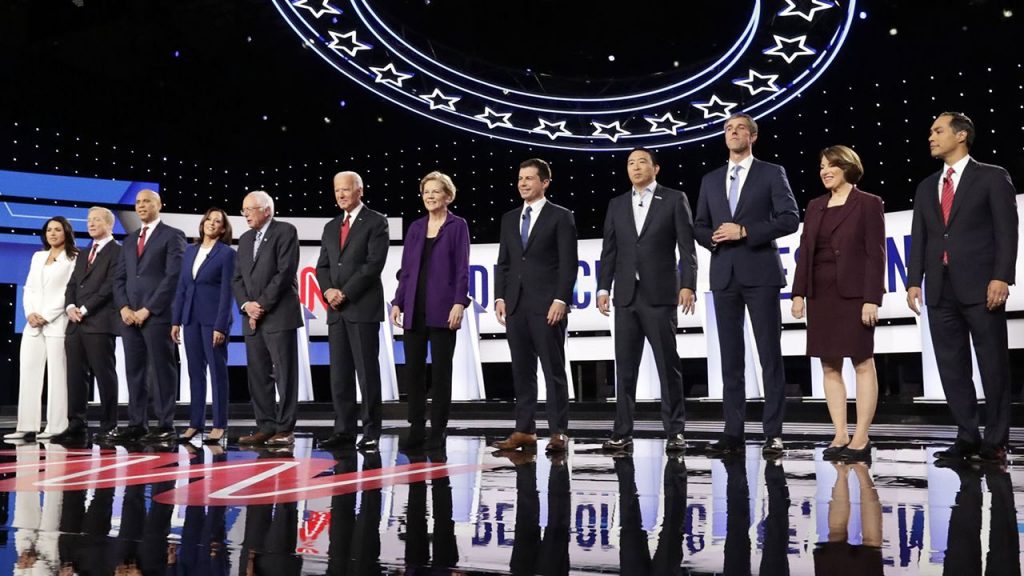