Trump unexpectedly told Mexico last week to take a harder line on curbing illegal immigration or face 5% tariffs on all its exports to the United States, rising to as much as 25% later in the year. On Tuesday, Trump said he expected to impose the tariffs as of Monday.

Moments earlier, before a crowd of about 600 in the town with a large manufacturing sector, Warren assailed companies that are moving production abroad. While that echoed Trump’s criticism, she faulted his approach.

“Lets be clear – tariff policy by tweet does not work,” Warren said. “Randomly raising tariffs on a handful of goods with no coherent policy and doing it nation by nation makes no sense at all.”

Warren is one of more than 20 Democrats vying for the Democratic nomination to challenge Trump in the November 2020 election.

Mexican officials will seek to persuade the White House in talks hosted by U.S. Vice President Mike Pence on Wednesday that their government has done enough to stem immigration and avoid looming tariffs. The tariff fight merges two of Trump’s biggest campaign promises, on immigration and fair trade.

“Nobody goes into battle by themselves when they can be stronger by having allies in it,” Warren said, calling for a “coherent trade policy.”

U.S. Senator Amy Klobuchar, who is also running to be a Democratic presidential nominee, criticized Trump for creating “chaos” by creating the tariffs and promising more.

“That’s the kind of chaos he likes,” Klobuchar said in an appearance on CNN on Tuesday. “And I just think that’s not how you embark on international diplomacy with one of our best allies.

“This president has no plan and no ability to have a thoughtful approach towards trade or the economy,” Gillibrand said on Monday in a town hall on Fox News. “Because if he wanted to reduce the trade deficit, he’s only grown it.”

Border apprehensions of families and children continue to skyrocket

Wed Jun 5 , 2019
Republicans rebel against Trump’s tariff plan Apprehensions of migrant families and unaccompanied children near the U.S.-Mexico border continued to skyrocket last month, with U.S. authorities detaining or turning away more than 140,000 people — including about 84,000 families and 11,000 minors.  “We’re in a full-blown emergency,” U.S. Customs and Border […] 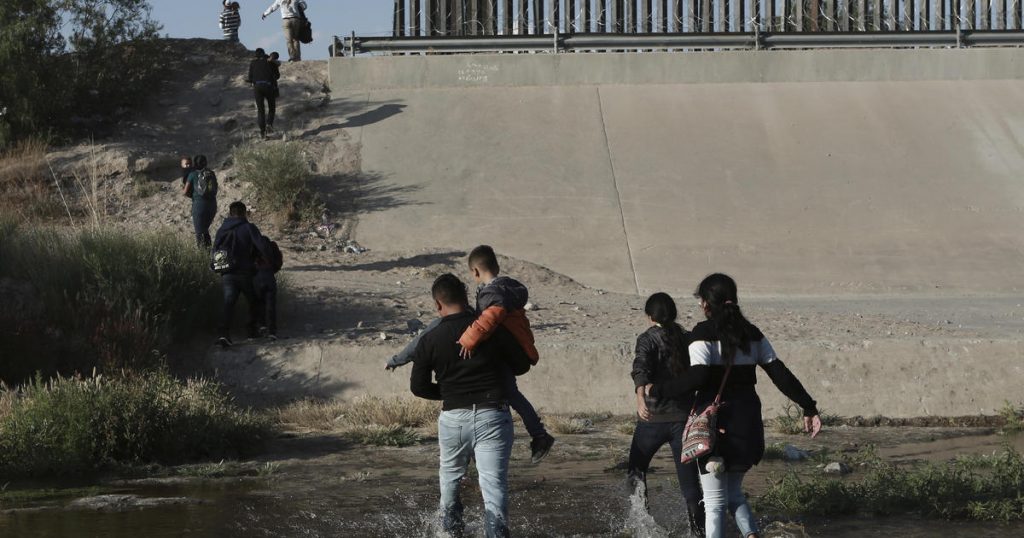