Warren Buffett has been quietly making a huge bet on a well-known conglomerate with thousands of employees around the world: Berkshire Hathaway Inc.

While Mr. Buffett has increasingly faced pressure this year to use his nearly $150 billion cash pile to purchase significant stakes in or the entire business of a company, the world’s most famous investor has seemingly made few acquisitions. Among the few deals he did make are Berkshire’s purchase of Dominion Energy Inc.’s midstream energy business and its investment of $6 billion in five Japanese companies.

Berkshire also made a $250 million investment in the initial public offering for the data-warehousing company Snowflake Inc.

But none of these 2020 investments have risen to the “elephant” scale, Mr. Buffett’s term for a big buy, relative to the conglomerate’s size and available cash.

BUFFETT’S BERKSHIRE HURT BY PANDEMIC EVEN AS APPLE BOOSTS PROFIT

In fact, the biggest purchase that the Omaha, Neb., company has made is to purchase its own stock. Berkshire bought $9 billion of its own shares in the third quarter, bringing total buybacks for the first three quarters of 2020 to $15.7 billion. These buybacks mean that Berkshire Hathaway stock is now one of Berkshire Hathaway’s biggest investments ever.

It is a contrast to decades of thinking from Mr. Buffett, who for years refused to buy back Berkshire stock.

Analysts said that one main reason Mr. Buffett has done a buyback is that big acquisitions are a taller order these days. For a corporation of Berkshire’s size and depth, with railroads, food manufacturers, insurers, furniture companies and jewelry retailers among the company’s varied subsidiaries, there are fewer companies that meet Mr. Buffett’s standards.

“Berkshire Hathaway has reached a size and maturity that it’s no longer a growth company; it’s a cash cow,” said Whitney Tilson, founder and chief executive of Empire Financial Research. “To move the needle, he needs to make investment decisions where he’s allocating, I would argue, $10 billion or up.” Warren Buffett has been quietly making a huge bet on a well-known conglomerate with thousands of employees around the world: Berkshire Hathaway Inc. (JOHANNES EISELE/AFP via Getty Images)

Even after the billions in buybacks, Berkshire’s cash and Treasury bonds total $145.7 billion, as of the end of September. Mr. Buffett himself didn’t expect to be sitting on this much cash at this point.

At a 2017 annual meeting, he said, “There’s no way I can come back here three years from now and tell you that we hold $150 billion or so in cash or more, and we think we’re doing something brilliant by doing it.”

He added: “I would say that history is on our side, but it would be more fun if the phone would ring.”

When the phone has rung since then, the deal wasn’t the right price for Mr. Buffett.

Buybacks are Mr. Buffett’s last option for use of cash after reinvesting in Berkshire and buying other companies, said Stephen Biggar, director of financial-institutions research at Argus Research.

“It’s a bit of a recognition that he doesn’t see any sizable acquisition, ” Mr. Biggar said. At the beginning of the 2008 financial crisis, Mr. Buffett invested more than $15 billion in blue-chip companies such as Goldman Sachs Group Inc. and General Electric Co., when corporate debt was difficult to get. (AP Photo/Nati Harnik)

One surprise for some investors was that Mr. Buffett didn’t make any deals during the market selloff in March.

At the beginning of the 2008 financial crisis, Mr. Buffett invested more than $15 billion in blue-chip companies such as Goldman Sachs Group Inc. and General Electric Co., when corporate debt was difficult to get.

“The Fed became a very rapid direct competitor to Berkshire,” Mr. Tilson said, adding that the Fed’s terms for debt were much better than Mr. Buffett’s were during the 2008 recession.

Lawrence Cunningham, a George Washington University law professor, sees the buybacks as a way to weed out fair-weather investors who would be willing to sell.

Mr. Buffett has fostered a culture of patient shareholders who hold their Berkshire investments for decades. A breakdown of that investor culture could cause disruption after Mr. Buffett leaves Berkshire, according to Mr. Cunningham.

“That will invite activists to clamor for breaking up Berkshire,” said Mr. Cunningham, director of the quality-shareholders initiative at the university. “If you do all that, Berkshire will lose its distinctiveness.”

By buying back shares from the short-term investors, Mr. Buffett is in effect narrowing the company’s investor pool to the longer-term investors.

“It’s a very helpful positive for a post-Buffett Berkshire,” said Mr. Cunningham. “You’re going to maintain the quality of the shareholder base.”

Sat Nov 14 , 2020
bymuratdeniz | E+ | Getty Images By this point, Medicare beneficiaries likely know that now is the time of year to get their 2021 coverage straight. While many individuals stick with what they have, others may be exploring a more suitable option. If that involves a Medicare supplement plan, aka […] 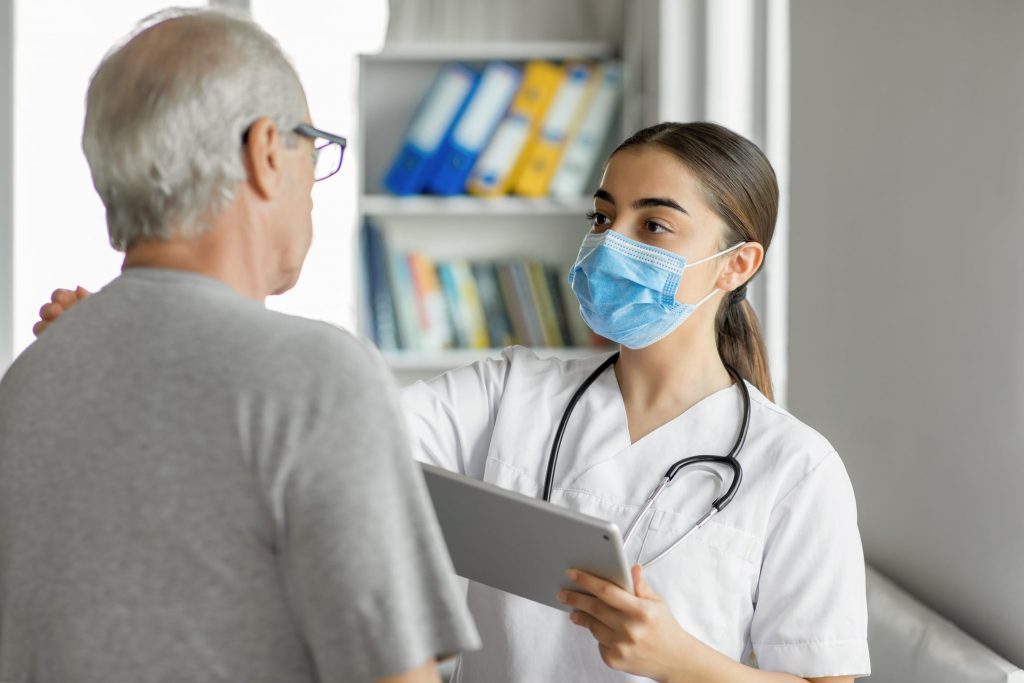