FILE PHOTO: Walmart’s logo is seen outside one of the stores ahead of the Thanksgiving holiday in Chicago, Illinois, U.S. November 27, 2019. REUTERS/Kamil Krzaczynski

(Reuters) – Walmart Inc said on Monday it has dropped its plans to use roving robots to scan shelves and keep track of inventory, squashing the world’s largest retailer’s years-long efforts to automate the task.

The company said it had ended its partnership with Bossa Nova Robotics Inc, who it had worked with for five years to improve customer experience by using robots to assist shop staff and make their jobs easier.

“This was one idea we tried in roughly 500 stores just as we are trying other ideas in additional stores,” Walmart said in a statement.

Walmart added it would continue to test new technologies and invest in its own processes and apps to track inventory and help move products to shelves as quickly as possible.

The supermarket chain began rolling out shelf-scanning robots in 2017 to replenish inventory faster and save employees’ time when products run out, as a part of its broader effort to digitize its stores to make shopping faster as it competes with Amazon.com Inc.

Walmart, which posted record online sales in its recent quarter, now has more workers walking the aisles to package online orders, extracting new data on inventory problems, people familiar with the situation told the Wall Street Journal, which was the first to report this news. (https://on.wsj.com/2I19YkP)

(Reporting by Nivedita Balu in Bengaluru; Editing by Vinay Dwivedi)

Mon Nov 2 , 2020
A sign marks a rendezvous location for Lyft and Uber users at San Diego State University in San Diego, California, May 13, 2020. Mike Blake | Reuters Uber and Lyft shares rose 4.2% and 7.3%, respectively, as investors expect California voters on Tuesday to pass Proposition 22, which would allow […] 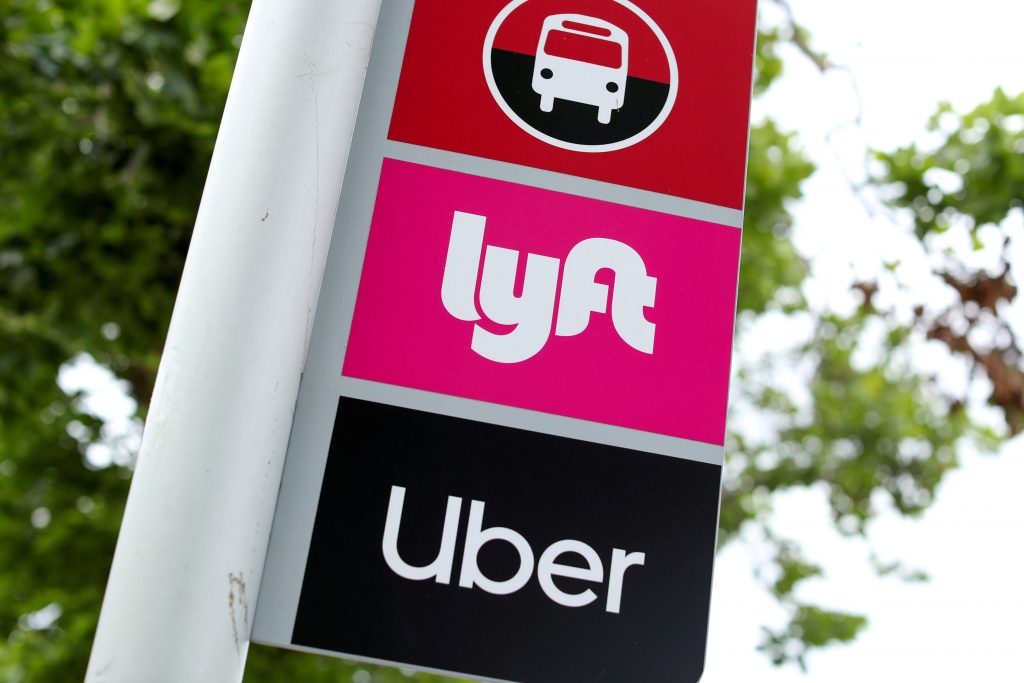