Benchmarks in Shanghai, Hong Kong, South Korea and Sydney advanced. Tokyo was off 0.1%.

Wall Street gained Thursday after President Donald Trump suggested he might be reversing his decision to halt talks on economic aid. Separately, a report indicated the near-record pace of U.S. job losses might be slowing.

Stock prices have been volatile since mid-September as investors swing between optimism about possible development of a coronavirus vaccine and unease that markets recovered too fast and shares are too expensive.

“The on-and-off nature of the fiscal stimulus discussion in the U.S. hardly inspires lasting confidence,” said Mizuho Bank in a report. “Uncertainty around the presidential election on 3 November will likely persist not only through to polling day but possibly after.” Trump said in a TV interview that “very productive” talks had begun on more stimulus after supplemental unemployment benefits that supported consumer spending, the engine of the U.S. economy, expired.

That helped to fuel optimism that Republicans and Democrats will deliver another aid package after weeks of uncertainty.

Banks, technology and communication companies accounted for much of the gains.

Energy stocks rose as the price of U.S. crude oil climbed more than 3%. Occidental Petroleum climbed 8.8%, the biggest gainer in the S&P 500.

A government report showed that 840,000 workers applied for unemployment benefits last week. That’s down slightly from 849,000 the prior week.

Several areas of the economy have been slowing recently. That has investors focused on whether Congress can deliver more aid.

On Tuesday, Trump said he told his representatives to halt negotiations until after the November election because he said House Speaker Nancy Pelosi was negotiating in bad faith. That caused stocks to fall 1.4%.

Trump said later he would be open to aid for the airline industry and $1,200 in payments to Americans. Stock rose Wednesday in response to that.

Pelosi spoke with Treasury Secretary Steven Mnuchin on Wednesday about a measure to aid airlines but said Thursday that had to be part of a more expansive bill.

On Thursday, Trump said he shut down talks “because they weren’t working out. Now, they are starting to work out.”

Some investors also see rising poll numbers for Joe Biden in the upcoming presidential election as an indication more stimulus may be on the way, regardless of what Trump says. If Democrats sweep the White House, Senate and House of Representatives, they say a big rescue package becomes more likely. And that could offset higher taxes and tighter regulations that a Democratic-controlled government could also create.

France reported a record number of infections on Wednesday. Germany is seeing a jump in new coronavirus infections, raising fears the pandemic is gaining in a country that so far has coped better than many of its European neighbors. Britain is considering new controls amid evidence measures already in effect have failed to contain the virus.

Fri Oct 9 , 2020
SINGAPORE — First there were flights to nowhere, now there are cruises to nowhere.  This week, Singapore announced a pilot program where cruises will make round trips to the city-state with no port of call in between. Capacity would be limited to 50% and passengers must be Singapore residents. The move […] 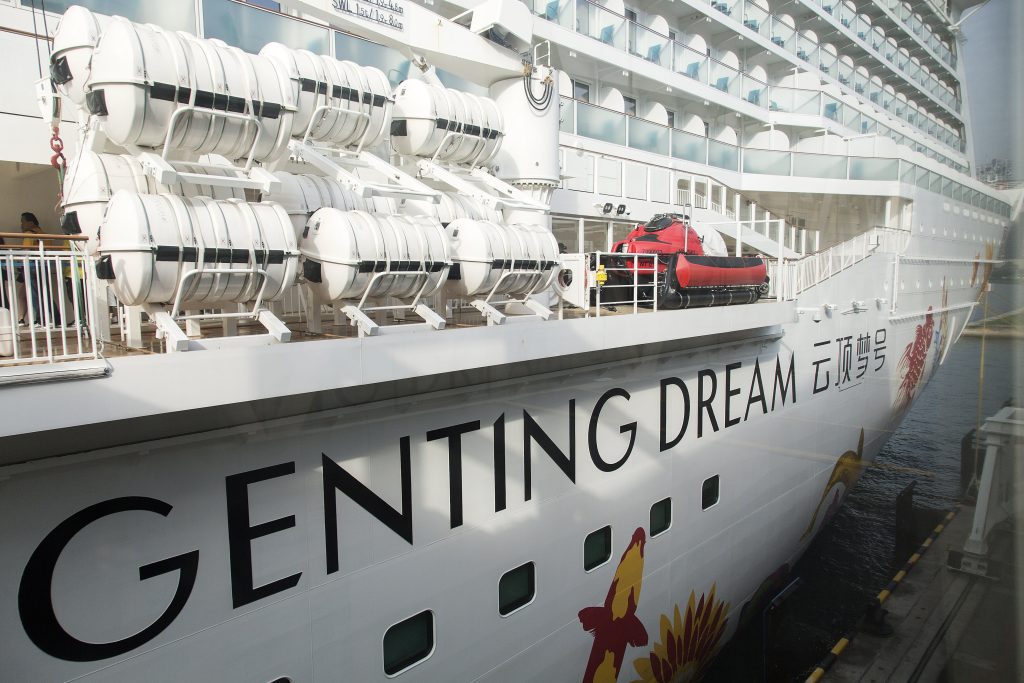