(Reuters) – The benchmark S&P 500 briefly crossed the 3,000 points mark for the first time on Wednesday after dovish remarks from Federal Reserve Chairman Jerome Powell bolstered the case for an interest rate cut later this month.

Gains of near 1% each in Amazon.com, Microsoft Corp and Apple Inc were among the biggest boosts to the indexes.

Powell also pointed to economic risks, including persistently weak inflation, slowing global growth and a downturn in business investment, in prepared remarks ahead of his two-day testimony before Congress.

“It could be an insurance cut,” David Mazza, head of product at Direxion Investments in New York.

“Meaning just in case things do deteriorate worse or the trade war heats up again, let’s pull back the hike we did in December and then begin another wait-and-see approach.”

Traders raised the bets of a 50 basis point reduction to 23% following the comments, according to the CME Group’s FedWatch tool. They had nearly abandoned hopes of an aggressive reduction while still expecting the first U.S. rate cut since the financial crisis at the July 30-31 meeting.

Alluding to the strong jobs data that tempered hopes of a sharp rate cut at the end of the month, Powell said the report did not fundamentally change the central bank’s outlook and that there is important economic data before the meeting.

Investors will now wait for minutes from the Fed’s June policy, scheduled to be released at 2 p.m. ET, for more clues on the path forward on interest rates.

Ten of the 11 major S&P sectors were higher, with energy, technology and communication services leading the gainers.

Energy stocks benefited from a jump in oil prices jumped at least 3%. [O/R]

Shares of banks, which tend to benefit in a higher interest rate environment, retreated 0.54% after Powell’s comments. The financial sector shed 0.16%. [US/]

Deere & Co slipped 1% after UBS downgraded the tractor maker’s shares to “neutral” from “buy”, saying demand in next couple of quarters will weaken.

The S&P index recorded 67 new 52-week highs and one new low, while the Nasdaq recorded 91 new highs and 36 new lows.

Wed Jul 10 , 2019
A federal appeals court on Wednesday handed President Donald Trump a legal victory, dismissing a lawsuit accusing the president of illegally profiting from his Trump International Hotel in Washington, D.C., by accepting money from foreign governments. The attorneys general from Maryland and the District of Columbia had brought the case, […] 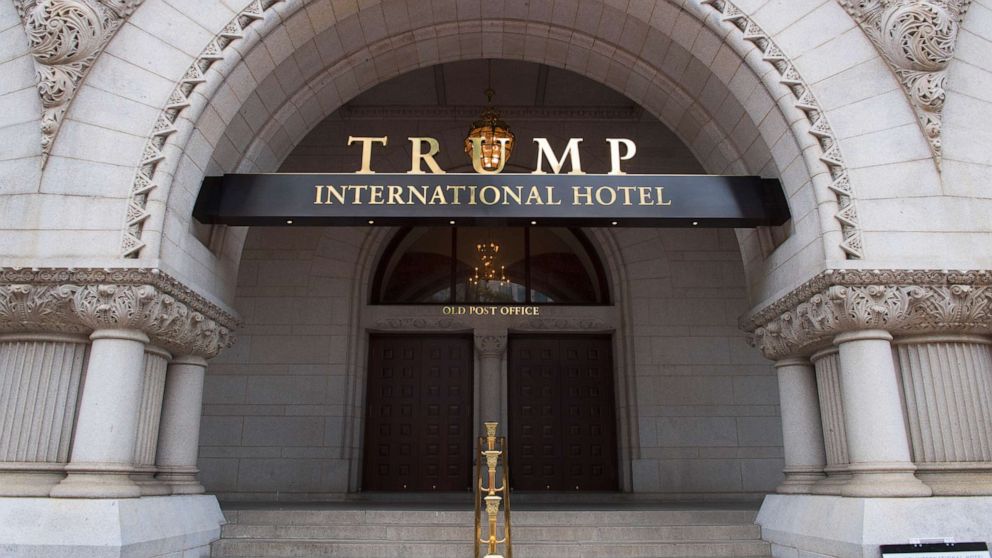