FILE PHOTO: A Volkswagen logo is pictured during the Volkswagen Group’s annual general meeting in Berlin, Germany, May 3, 2018. REUTERS/Axel Schmidt

BERLIN (Reuters) – Volkswagen Group’s <VOWG_p.DE> deliveries rose 0.9 percent to a record 10.83 million last year, the German company said on Friday, putting it neck-and-neck with Renault-Nissan-Mitsubishi in the race to be the world’s biggest vehicle manufacturer.

Rivals Toyota Motor <7203.T> and Renault-Nissan-Mitsubishi have not released 2018 registration figures, but the Franco-Japanese alliance sold 10.6 million vehicles in 2017 and racked up sales of 5.54 million in the first half of 2018.

Toyota last month released a forecast for total global sales of 10.55 million vehicles last year, but has yet to confirm official numbers.

“If we assume that the 10.8 million sales VW have reported is confirmed, it is very likely to be enough to place Volkswagen Group in the number one spot,” said David Oakley, an analyst at LMC Automotive.

That would be the fifth consecutive year Volkswagen Group has held the position, Oakley said, adding it was too early to say whether Toyota or Renault-Nissan-Mitsubishi would be in second place, also because registration figures have not yet been published for all markets.

Volkswagen Group’s figures include sales of light vehicles and trucks. Measured by passenger cars alone, registrations last year would have accounted for 10.1 million, it said.

“If we looked at passenger cars only, the picture would be roughly similar. Volkswagen Group would still be ahead, although by a wider margin, as it is relatively less reliant on light commercial vehicles than the other two,” Oakley said.

Only around 4 percent of Volkswagen Group’s sales were light commercial vehicles in 2018 compared with 12 to 15 percent for Renault-Nissan-Mitsubishi and Toyota Group, according to LMC.

If heavy goods vehicles were included in addition to light trucks and passenger cars, Volkswagen would still be ahead and Toyota would be in second place, Oakley said.

Volkswagen said the ongoing trade dispute with the United States had dampened the business climate in China, its most important market, over the second half of 2018.

Volkswagen’s head of sales, Christian Dahlheim, said in a webcast on Friday that he expected demand in China to remain stable in 2019, although the first quarter would be challenging.

Separately, Dahlheim said the German carmaker did not foresee a significant financial impact in 2019 from the implementation of the new WLTP emissions standard, which cost the company 1 billion euros ($1.2 billion) in 2018.

December group deliveries to China dropped by 12.5 percent year-on-year, the Wolsburg-based carmaker said, adding deliveries also fell by 5.6 percent in Europe and by 3.4 percent in the United States.

(Reporting by Edward Taylor in Frankfurt Naomi Tajitsu in Tokyo and Tassilo Hummel in Berlin and Laurence Frost in Paris, Editing by Riham Alkousaa and Mark Potter) 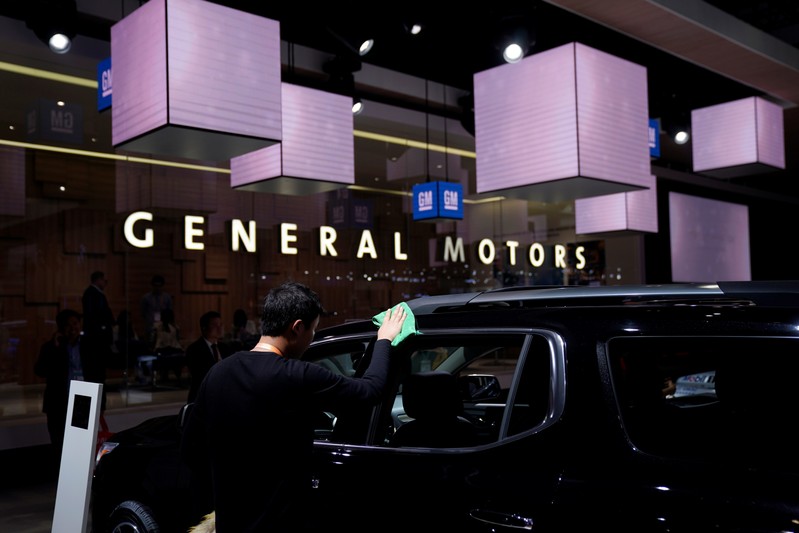