Congo’s Mount Nyiragongo erupted for the first time in nearly two decades Saturday, turning the night sky a fiery red and sending lava onto a major highway as panicked residents tried to flee Goma, a city of nearly 2 million.

There was no immediate word on any casualties, but witnesses said that lava already had engulfed one highway that connects Goma with the city of Beni in North Kivu province.

Mount Nyiragongo’s last eruption, in 2002, left hundreds dead and coated airport runways in lava. More than 100,000 people were left homeless in the aftermath, adding to the fear in Goma on Saturday night.

“We are already in a total psychosis,” resident Zacharie Paluku told The Associated Press. “Everyone is afraid; people are running away. We really don’t know what to do.”

Congolese President Felix Tshisekedi said he would be returning home on Sunday from Europe earlier than planned in order to help coordinate relief efforts.

The government said an evacuation plan was being activated, but the official announcement came several hours after the sky turned a fiery red, and many already had fled on foot in hopes of crossing the Rwandan border post just outside town. Car horns honked and motorcycle taxis weaved as people attempted to escape in panic.

Rwandan immigration authorities reported that some 3,000 people already had officially crossed over from Congo to escape the volcano’s eruption, according to the national broadcaster.

The U.N. peacekeeping mission known as MONUSCO tweeted dramatic footage of the city alit, saying it was conducting reconnaissance flights over Goma where it maintains a large base.

“The lava doesn’t seem to be headed toward the city of Goma. We remain on alert,” it said.

Some sought refuge aboard boats on Lake Kivu, while others fled to Mount Goma, the highest point in the metropolitan area. Dorcas Mbulayi left her home about an hour after the volcano first showed signs of erupting.

“We were eating when a friend of dad’s called him on the phone and told him to go and look outside,” said Mbulayi, who was still a child the last time the volcano erupted. “Dad told us that the volcano was erupting and that we were going to go to Mount Goma to escape the lava of the volcano.”

She also blamed authorities “for not informing us in time about the possible volcanic eruption.”

The lack of immediate announcements from authorities and conflicting accounts circulating on social media only added to the sense of chaos in Goma.

Authorities at the Goma Volcano Observatory initially said it was the nearby Nyamulagira volcano that had erupted. The two volcanos are located about 13 kilometers (8.1 miles) apart.

Volcanologist Charles Balagizi said the observatory’s report was based on the direction in which the lava appeared to be flowing, which was toward Rwanda rather than Goma.

Goma sits along the border between Congo and neighboring Rwanda, and is a regional hub for many humanitarian agencies in the region, as well as the U.N. peacekeeping mission known as MONUSCO.

The volcano erupting is also close the Virunga National Park, home to some of the last mountain gorillas in the world. While Goma is home to many U.N. peacekeepers and aid workers, much of the surrounding eastern Congo is also under threat from a myriad of armed groups vying for control of the region’s mineral resources.

Sun May 23 , 2021
Paris’ landmark commerce building transformed into museum – CBS News Watch CBSN Live The historic commerce building in Paris is reopening as an art museum. The redesign and restoration process was financed by French billionaire Francois Pinault. Elaine Cobbe has more. View CBS News In Be the first to know […] 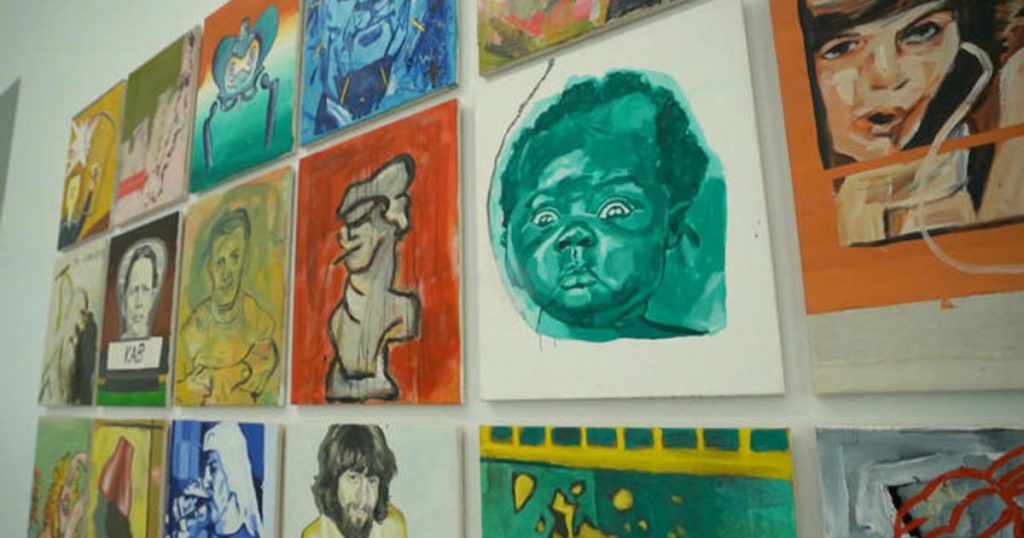