Shares of the Mojave, Calif.-based space explorer gained as much as 22% to a high of $33.72 apiece and were flirting with their best close since February.

The rally boosted Virgin’s market capitalization to as much as $7.9 billion, a more than tenfold increase from the $696.9 million when the company debuted on the New York Stock Exchange in September 2017, according to Dow Jones Market Data. Virgin merged with a special-purpose acquisition company on Oct. 28, 2019 and finished with a $4.09 billion market cap that day.

Space exploration companies and their suppliers have benefited over the past four years as the Trump administration focused on commercializing space and projects including a return to the moon and a mission to Mars.

The Ark Space Exploration ETF, which will trade under the ticker ARKX, will include companies “leading, enabling, or benefitting from technologically enabled products and/or services that occur beyond the surface of the Earth,” according to a filing with the U.S. Securities and Exchange Commission.

Ark Investment Management was the darling of the ETF-industry last year as money poured into its flagship $21.6 billion ARK Innovation ETF which boasts Tesla Inc. as its biggest holding. The company’s four other actively-managed ETFs track autonomous technology and robotics, robotics, genomics and the internet.

In total, Ark ETF products held $41.5 billion, up from $3.5 billion a year ago, according to Bloomberg. Ark is now one of the 10-largest ETF providers.

As shoppers buy more of their clothes online, fewer retailers stand to win

Thu Jan 14 , 2021
A shopper looks through clothes on her iPad device. Source: Twenty/20 Shoppers didn’t go to stores last year to buy new clothes. They stayed at home and surfed the web for sweatpants and pajama sets. And as those new purchasing habits stick, few apparel retailers stand to gain market share, […] 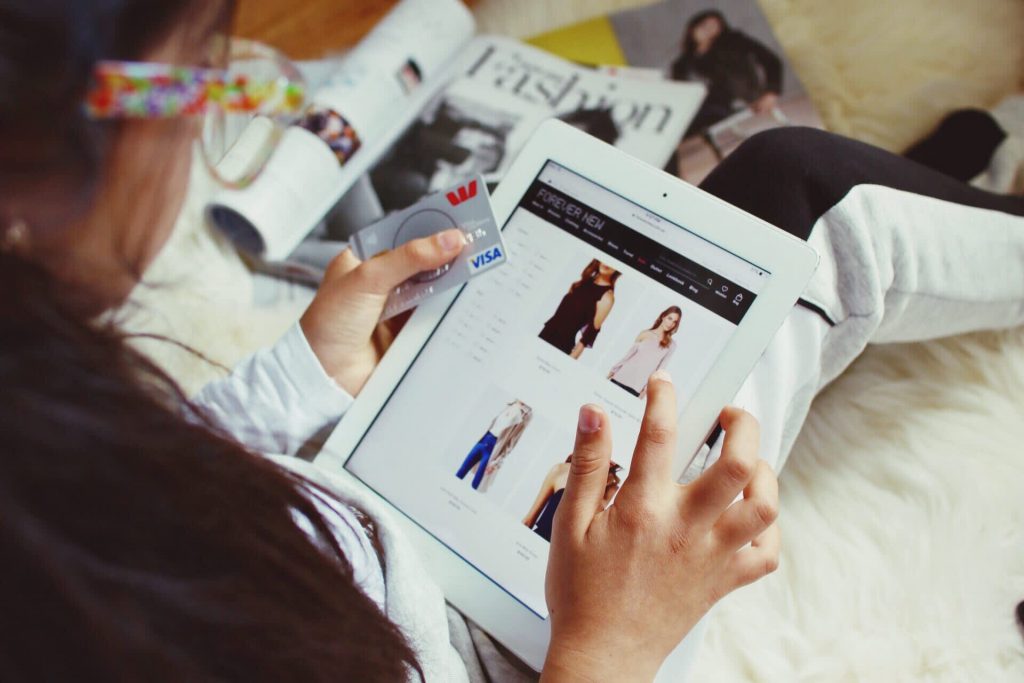