Several posts on social media have made false or misleading claims alleging voter suppression and voting fraud across the United States. Below is a roundup of some of the claims we have fact-checked. We will update this list as necessary.

See “Pennsylvania Voters Told to Quarantine Can Still Cast a Ballot” for more.

See “False Claim About ‘Pre-Filled Out Ballots’ in Queens” for more.

Wed Nov 4 , 2020
FILE PHOTO: Green lights are projected onto the facade of the Hotel de Ville in Paris, France, after U.S. President Donald Trump announced his decision that the United States will withdraw from the Paris Climate Agreement at a news conference June 1, 2017. REUTERS/Philippe Wojazer/File Photo November 4, 2020 By […] 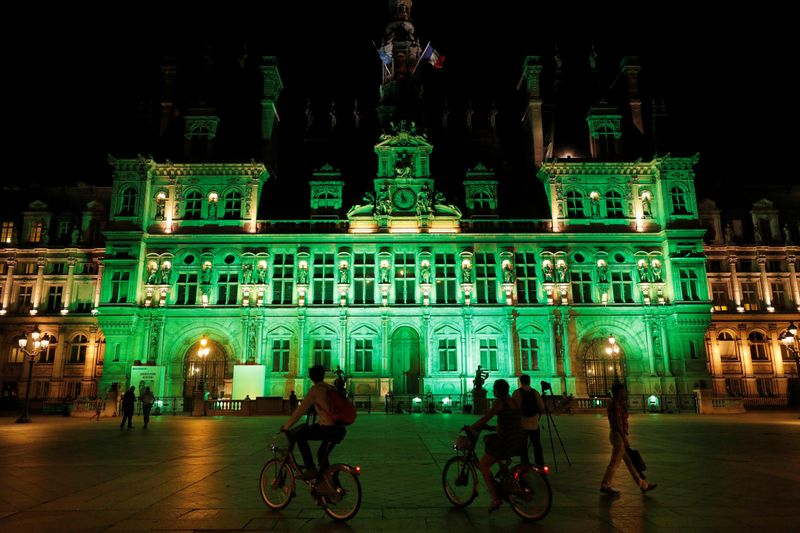