The state of Wisconsin favored Democratic presidential candidates for more than three decades, until Republican Donald Trump broke the trend in 2016, when he defeated Democrat Hillary Clinton by a margin of less than 30,000 votes.

The state continued to be a battleground in 2020, as former Vice President Joe Biden was projected the winner on Nov. 4 by an unofficial margin of roughly just 20,000 votes.

The Trump campaign announced it would seek a recount. Campaign manager Bill Stepien said “[t]he President is well within the threshold to request a recount and we will immediately do so.”

While the ballots were still being counted on Nov. 4, however, a flurry of viral posts circulated on Facebook and Twitter, making the false claim that the state had fewer registered voters than the number of votes cast for president.

An example of the widely shared post claims, “Wisconsin has more votes than people who are registered to vote.” It then says there are 3,129,000 registered voters in the state, and 3,239,920 votes were cast. “This is direct evidence of voter fraud,” the post alleges.

But both numbers in the post are wrong and, more importantly, it underreports the actual number of registered voters in the state.

That data is easy to get from the Wisconsin Elections Commission, which reported a total of 3,684,726 registered voters as of Nov. 1. Wisconsin has Election Day registration, which means that the voter registration numbers are likely even higher than the total reported on the state website on Nov. 1.

So, there were nearly 388,000 more voters registered in Wisconsin than there were votes cast — contrary to the claims in the social media posts.

Wed Nov 4 , 2020
TOPEKA, Kan. — Several dozen Kansas hospitals say they expect to deal with staffing shortages over the next week as the state continues to report an average of well over 1,000 new coronavirus cases a day. The Wichita area’s two major health systems said Wednesday that almost 150 coronavirus patients […] 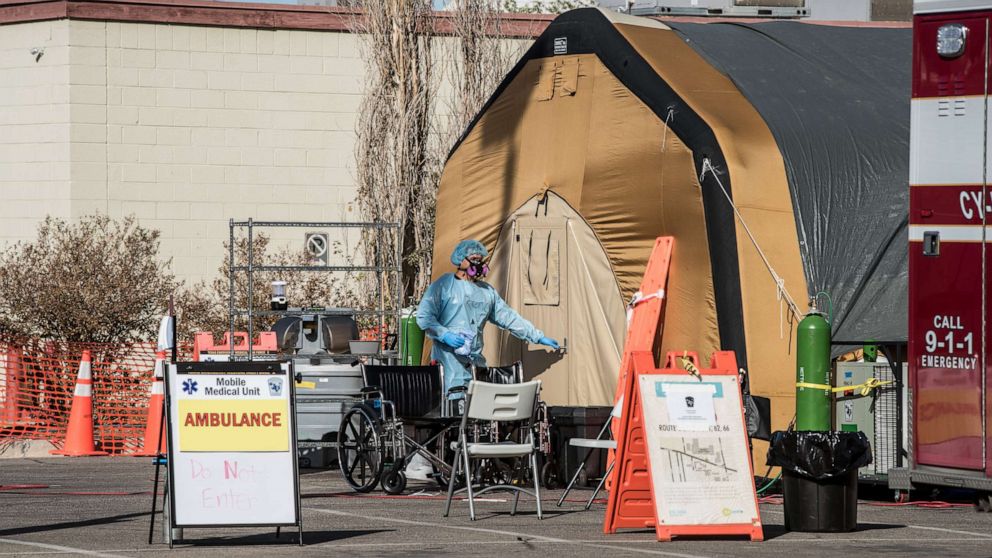