BERLIN — Determining why a vintage plane crashed in the Swiss Alps will be challenging since the 79-year-old aircraft did not have black boxes and was traveling in an area without frequent radar readings when it plunged into a mountain, killing all 20 of the people on board, investigators said Sunday.

The Junkers Ju-52 plane, operated by Swiss company Ju-Air, moved at a near-vertical angle before it hit the Piz Segnas mountain while carrying 17 passengers and three crew members, police and the head of the country’s transportation safety agency said.

The victims were 11 men and nine women between the ages of 42 and 84 — seven couples from various parts of Switzerland, a couple from neighboring Austria and their son, and the three crew members. Their names were not released.

“Yesterday was the worst day in the 36-year history of JU-Air,” the airline’s CEO Kurt Waldmeier said Sunday, the Reuters news agency reports. “We have all suffered a very great loss.”

The fully booked propeller plane, built in 1939 and retired by Switzerland’s air force in 1981, was flying the passengers back to its base at Duebendorf, near Zurich, from a two-day trip to the Italian-speaking Ticino region. It crashed shortly before 5 p.m. Saturday, less than 50 minutes after taking off from Locarno’s Magadino airfield.

The plane had two pilots. Police said they have not found any evidence a distress call was made before it crashed.

Photos released by Graubuenden canton (state) police showed the crumpled wreckage of the plane lying on the mountain located above the Alpine resort of Flims. Only its upside-down tail appeared more or less intact.

“We can assume that the aircraft hit the ground near-vertically and at relatively high speed,” Daniel Knecht of the Swiss Transportation Safety Investigation Board said Sunday at a news conference in Flims.

He and senior police official Andreas Tobler said the Ju-52, an early passenger plane that was enlisted for military transport duty during World War II, lacked “black boxes,” the crash-resistant cockpit voice and data recorders that more modern aircraft have.

Officials expect the investigation of the cause to be “relatively complex, because we have to compare various indications, information and evidence and evaluate them,” Knecht said.

There also are typically few radar recordings in mountainous areas such as the one where the crash site is located, he added.

Officials can essentially rule out a collision with another aircraft or an obstacle such as a wire, Knecht said. There also was no indication of any “external influence,” he said, indicating that authorities don’t suspect foul play.

The plane did not catch on fire before or after it hit the mountain, and investigators have not found any signs the aircraft lost parts or broke up in the air before the crash, Knecht said.

The area around the crash site, which is popular with hikers and skiers and includes a glacier, was closed to the public. Knecht said authorities would probably need “a few days” to complete recovery work.

Officials appeared dubious about suggestions that unusually hot weather in Switzerland, like other parts of Europe, might have been a main cause of the crash. Knecht said that while heat can affect an aircraft’s performance, experienced pilots could deal with that.

Knecht also dismissed the idea that the plane’s age was necessarily a problem.

“Older planes, if they are correctly maintained, can be operated safely,” he said.

Ju-Air started operating flights with the vintage prop planes in 1983, and the plane that crashed — with the registration HB-HOT — had been in service with the company since 1985. The company offers “adventure flights” for people wanting to experience Switzerland’s landscape from vintage planes. A brochure on its website listed the cost of the 2-day Locarno trip as 1,130 francs ($1,136), including meals and a night in a hotel.

Waldmeier said the planes “are flown exclusively by very experienced professional pilots, and strictly checked and maintained by our own technicians.”

The one that crashed had logged 10,187 hours of flying time, he said, adding that it underwent maintenance after every 35 hours of flight — most recently at the end of July. He said it had its full annual service during the winter, and “we know of no technical problems with this aircraft.”

The pilots, who were 62 and 63-years-old, both had extensive experience with the Ju-52 and had long worked as airline and Swiss air force pilots, Waldmeier said.

The aircraft have three engines, one on the nose and one on each wing. Waldmeier said the pilots fly by sight along pre-planned routes. “We cannot yet explain what led to the tragic accident on Piz Segnas,” he said.

The company, which operates two other Ju-52s, suspended flights until further notice after the crash.

Mon Aug 6 , 2018
Jared Evans, a member of the Indianapolis City-County Council, is proud that the city is among 20 finalists for one of the most coveted prizes in the country: the planned second headquarters of Amazon. He does, however, have one small question: What financial incentives did his city dangle in front […] 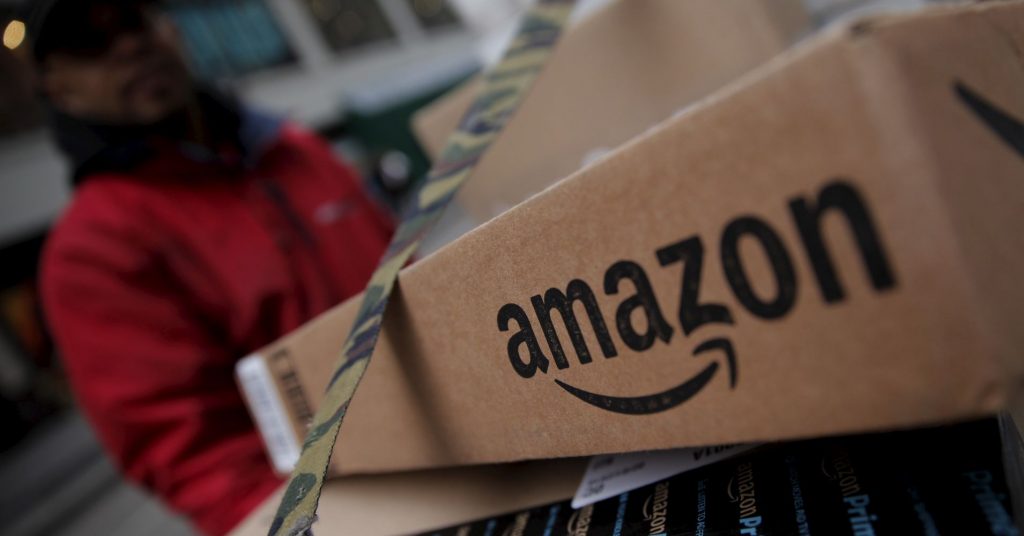