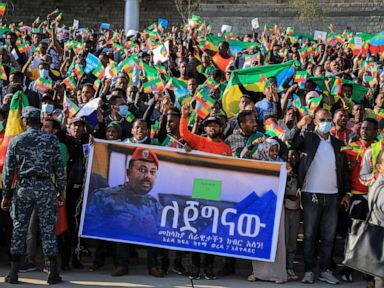 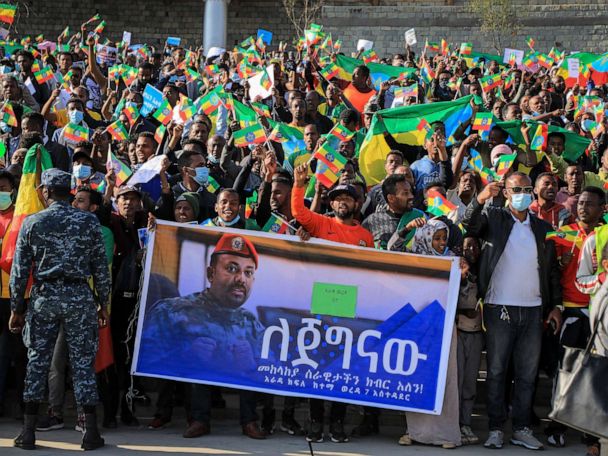 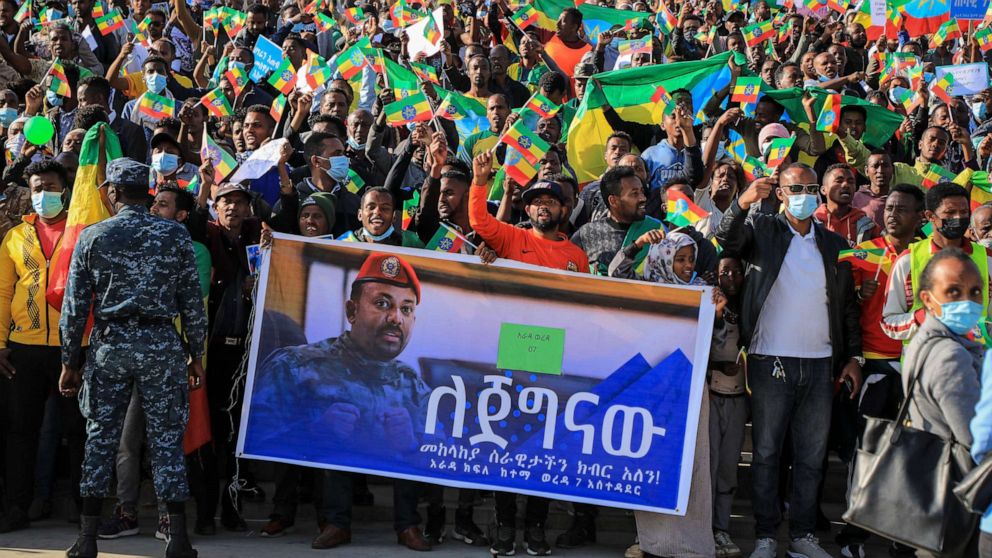 The U.S. government is warning American citizens in Ethiopia even more starkly to leave the country now, as the conflict there continues to deteriorate.

Ethiopian Prime Minister Abiy Ahmed is heading to the front lines to lead the federal government’s forces, he announced, urging his fellow citizens to join him and “lead the country with a sacrifice.”

On the other side, forces from Ethiopia’s Tigray region, now aligned with other ethnic-based groups, are marching toward the capital Addis Ababa, pledging to end Abiy’s blockade of their region one year after fighting there burst open decades-old wounds.

Now the conflict in Africa’s second-most populous nation is increasingly existential for both sides, potentially “ripping the country apart and spilling over into other countries in the region,” as Secretary of State Antony Blinken warned in recent days.

The U.S. special envoy for the region said he still had hope for a ceasefire and a negotiated resolution after some “nascent progress,” but he warned the fast-moving conflict threatened to swiftly sweep away international diplomatic efforts and cause “a bloodbath situation or chaos.”

That fear has driven fresh warnings from foreign countries, including France and Turkey, urging their citizens to depart the country immediately while commercial flights remain. The United Nations announced it was evacuating its staff’s dependents on Tuesday, too.

Since Nov. 5, the U.S. embassy in Addis has been on ordered departure, evacuating non-emergency staff and diplomats’ families and leaving a smaller team behind. While the mission remains open and continues to provide services like passports and repatriation loans, the U.S. military is maintaining a “state of readiness,” according to U.S. Africa Command, in case there are issues “related to the safety of our diplomats where the security environment has deteriorated.”

But after the unprecedented, chaotic evacuation effort from Afghanistan, the State Department has gone to extraordinary lengths to make sure U.S. citizens in Ethiopia know military flights like those out of Kabul will not be coming to rescue them.

“There should be absolutely no expectation of the military becoming involved,” a senior State Department official said Monday. For months now, the agency has issued travel warnings, urging Americans to leave now while Addis’s international airport continues commercial flights.

This week, their warnings have employed even stronger language: “We just want to make sure that we don’t get into a situation where U.S. citizens are waiting for something that’s never going to happen,” the senior State Department official added. “We need them to remember what the norm is, and the norm is leaving via commercial while that’s available.”

The official and others have declined to speak to any plans to close the embassy or evacuate American diplomats, except to say that they’re “engaged in contingency planning for hypotheticals” with the Pentagon.

The Pentagon declined to comment on any troop movements to ABC News after a report that the U.S. had put Navy ships in the region on “standby” and deployed a small number of Army Rangers to the neighboring country Djibouti. The Pentagon’s East African Response Force — a team trained to move within 24 hours to assist U.S. embassies in the region with additional security or an evacuation — is based in the small African country

Despite the increasingly grim developments on the battlefield, the State Department made clear it has not yet given up on a diplomatic resolution.

“There is some nascent progress in trying to get the parties to move from a military confrontation to a negotiating process, but what concerns us is this fragile progress risks being outpaced by the alarming developments on the ground… by the military escalation on the two sides,” Ambassador Jeffrey Feltman, special envoy for the Horn of Africa, told reporters Tuesday.

In particular, Tigrayan forces said this week they are now some 130 miles northeast of Addis, while Abiy declared Monday that he would go to the front lines to lead troops directly.

“Unfortunately, each side is trying to achieve its goals by military force and believe they are on the cusp of winning,” Feltman said Tuesday, back in Washington after days of meetings in Addis. He met not just Abiy and Tigrayan leaders, but also the African Union’s special envoy for the conflict, former Nigerian President Olusegun Obasanjo.

From those meetings, Feltman said he sensed a “greater willingness to brainstorm with us about how you could put together the pieces of a deescalation and negotiated ceasefire process” — instead of an outright refusal to even consider any other means but force.

What the two sides say they want can be achieved at the same time, too, Feltman added: Abiy wants to return Tigrayan forces to Tigray region, and Tigrayan forces want Abiy’s de facto blockade of the region to end.

“The tragedy is, the sadness is that both sides have in mind the same type of elements. … They just need to muster the political will in order to pivot from the military to the negotiations, and we’re not the only ones encouraging them to do so, but we can’t force them to the table,” Feltman said.

As of now, U.S. and international pressure, Obasanjo’s mediation and the humanitarian suffering of the Ethiopian people have not yet been enough for leaders to come to the table. Feltman said Abiy also told him in their meeting Sunday that he had “confidence” he could achieve his goals militarily — and the seasoned U.S. diplomat warned the incitement of ethnic-based violence is spiraling out of control.

That means there’s “no sign” that direct negotiations are “on the horizon,” but perhaps some back-channel diplomacy is possible — and Feltman and Obasanjo will continue to pursue that, according to the U.S. diplomat.

“Right now, both sides are still pursuing military options, but they are also engaged on other ways to pursue their objectives… And that’s what I find marginally encouraging, but again, I don’t want to overstate the case,” Feltman said.

Wed Nov 24 , 2021
In this episode of Intelligence Matters, host Michael Morell speaks with the country’s first national cyber director, Chris Inglis, about his office’s mandate, its mission, and the top cyber threats facing the U.S. today. Inglis and Morell discuss the prevalence of ransomware and why countries like Russia and China might […] 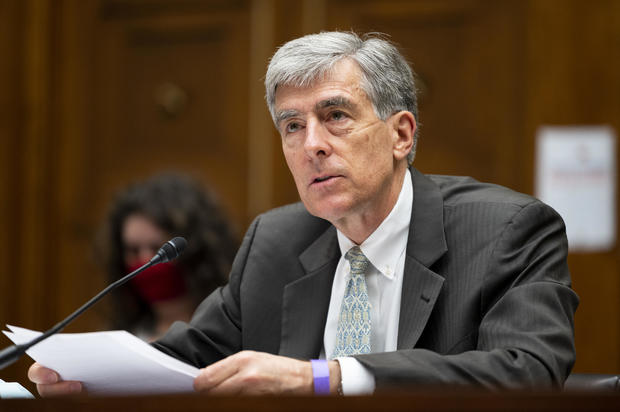