American and North Korean officials met at the border between North and South Korea on Sunday in preparation for a possible North Korea-U.S. summit, as North Korea’s Kim Jong Un was cited as reaffirming his commitment to meet with U.S. President Donald Trump.

Both Pyongyang and Washington are pressing ahead on plans for a summit after Trump pulled out of the proposed June 12 meeting on Thursday, only to reconsider the decision the next day.

“A U.S. delegation is in ongoing talks with North Korean officials at Panmunjom,” spokeswoman Heather Nauert said, referring to a village in the Demilitarized Zone (DMZ) that runs along the heavily armed border between North and South Korea.

“We continue to prepare for a meeting between the President and North Korean leader Kim Jong Un,” she said in a statement.

In addition to the border talks, White House spokeswoman Sarah Sanders said a “pre-advance team” left for Singapore on Sunday morning to work on logistics for a possible summit.

Earlier on Sunday, South Korean President Moon Jae-in said he and North Korea’s Kim had agreed during a surprise meeting on Saturday that the North Korea-U.S. summit must be held.

The weekend meetings were the latest dramatic turn in a week of diplomatic ups and downs over the prospects for an unprecedented summit between the United States and North Korea, and the strongest sign yet that the leaders of the two Koreas are trying to keep the meeting on track.

A U.S. official told Reuters that Sung Kim, the former U.S. ambassador to South Korea, would lead an American delegation to meet North Korean officials at the border. Pentagon official Randall Schriver was part of the U.S. team, the official said.

The Post said the meetings would continue Monday and Tuesday at Tongilgak, the North’s building in Panmunjom, where the truce suspending the 1950-53 Korean War was signed.

In their Saturday meeting, Kim reaffirmed his commitment to “complete” denuclearization of the Korean Peninsula and to a planned meeting with Trump, Moon said.

“Chairman Kim and I have agreed that the June 12 summit should be held successfully, and that our quest for the Korean Peninsula’s denuclearization and a perpetual peace regime should not be halted,” Moon said.

Moon acknowledged Pyongyang and Washington may have differing expectations of what denuclearization means and he urged both sides to hold working-level talks to resolve their differences.

The United States has demanded the “complete, verifiable, and irreversible” dismantlement of North Korea’s nuclear weapons program. Pyongyang has rejected unilateral disarmament and has always couched its language in terms of denuclearization of the Korean Peninsula.

Sun May 27 , 2018
Former President George H.W. Bush has been hospitalized in Maine Sunday. According to Bush spokespers, Jim McGrath, the Mr. Bush was taken to Southern Maine Healh Care after experiencing “low blood pressure and fatigue.” McGrath tweeted that Bush will likely remain in the hospital for a “few days” for observation. […] 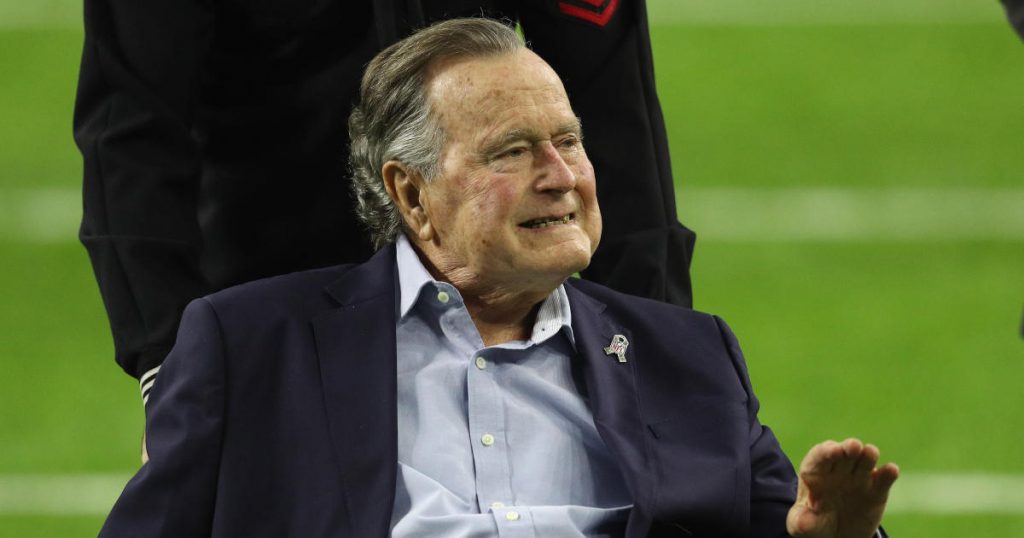