A federal judge in Little Rock has temporarily blocked four new abortion restrictions hours after they took effect in Arkansas, including one that bans a procedure commonly used in the second trimester

LITTLE ROCK, Ark. — A federal judge in Little Rock has temporarily blocked four new abortion restrictions hours after they took effect in Arkansas, including one that bans a procedure commonly used in the second trimester.

U.S. District Judge Kristine Baker late Tuesday granted a temporary restraining order blocking the four laws, which took effect earlier in the day. The order is set to expire on Jan. 5, unless it is extended.

Baker had issued a similar ruling in 2017 blocking the four laws, but the 8th U.S. Circuit Court of Appeals vacated that order in August, saying the case needed to be reconsidered in light of a recent U.S. Supreme Court decision involving a Louisiana case.

“Arkansas has repeatedly prevailed when it has appealed similar rulings by Judge Baker and will ultimately do so again,” Arkansas Attorney General Leslie Rutledge said in a statement.

The laws, passed by Arkansas’ Legislature in 2017, include a ban on the second trimester procedure known as dilation and extraction. Several states have passed similar bans, and a federal appeals court in New Orleans has agreed to reconsider its ruling that struck down Texas’ ban.

The Arkansas challenge was filed by the American Civil Liberties Union and the Center for Reproductive Rights on behalf of a Little Rock abortion provider. An attorney for the ACLU said during Tuesday’s court hearing that eight women scheduled for abortions next week in Little Rock would not be able to get them if the laws remained in effect, the Arkansas Democrat-Gazette reported.

“Access to abortion in Arkansas has been preserved — for now,” said Ruth Harlow, senior staff attorney in the ACLU’s Reproductive Freedom Project. “We are gratified that the court recognized the irretrievable harm these laws would cause to patients, and that it stepped in quickly.”

Baker’s decision also blocked new restrictions on the disposal of fetal tissue collected during abortions. The other restrictions included one that bans abortions based solely on the fetus’ sex and another that requires physicians performing abortions for patients under 14 to take certain steps to preserve embryonic or fetal tissue and notify police where the minor resides.

Nearly 4 in 10 Americans do not want to take the Covid vaccine. HHS is planning to spend $250 million to convince the U.S. it is safe

Wed Dec 23 , 2020
The U.S. began vaccinating the population against the coronavirus last week, but mass adoption is not a guarantee.  Nearly 4 in 10 Americans say they would “definitely” or “probably” not get a vaccine, according to a Pew Research Center survey of 12,648 U.S. adults from Nov. 18 to 29. While […] 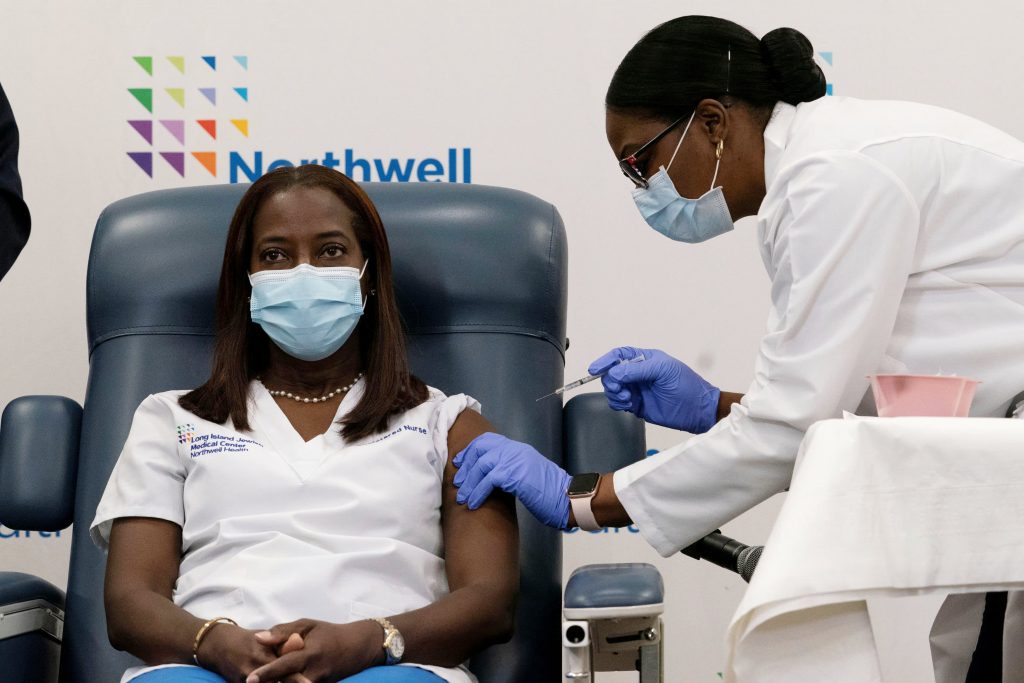