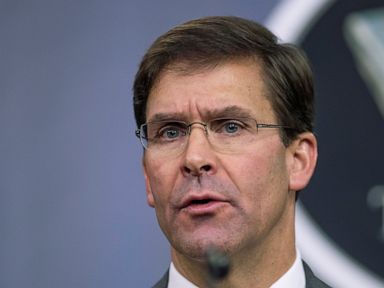 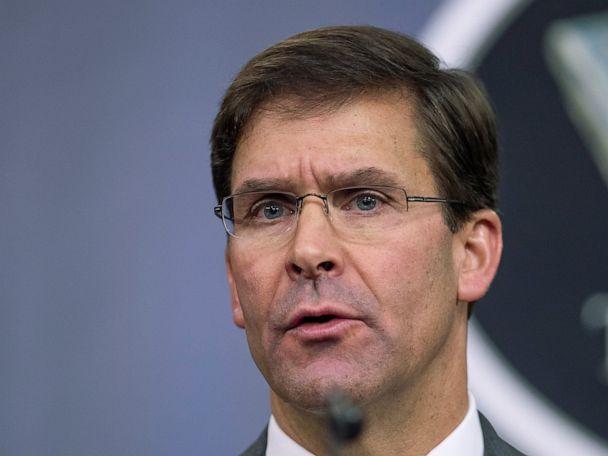 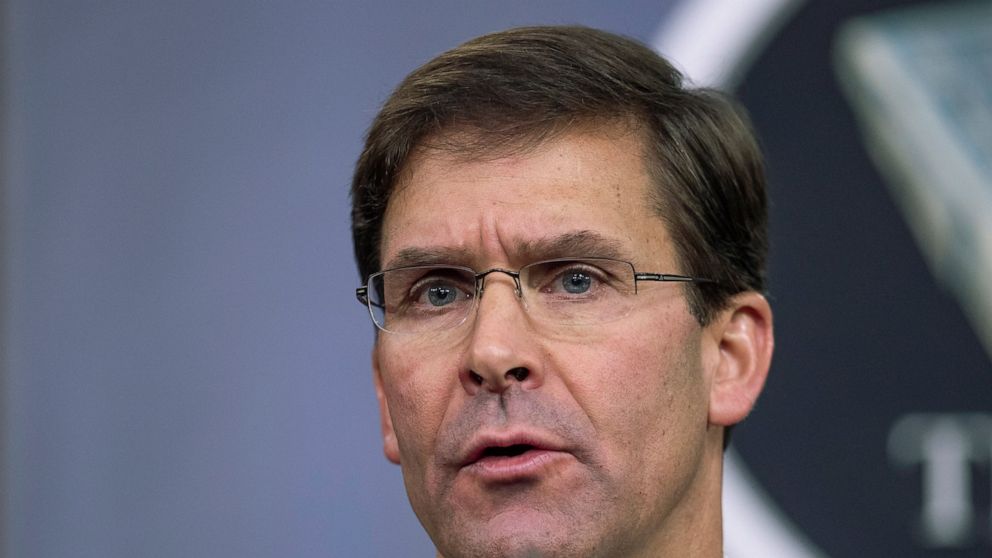 “The more dependent a country becomes on Chinese investment and trade, the more susceptible they are to coercion and retribution when they act outside of Beijing’s wishes,” Esper said in a speech at the Royal United Services Institute, a think tank.

Esper’s assertion that China is seeking to expand its influence at the expense of others has been a common U.S. government refrain for years, including during President Barack Obama’s administration. By taking this message to London, Esper seemed to be suggesting that Europeans do not fully share U.S. concerns, which often center on China’s efforts to militarize disputed territory in the South China Sea and its vast trade surplus with the U.S.

“I would caution my friends in Europe — this is not a problem in some distant land that does not affect you,” he said.

In a similar vein, Esper blasted Russia for arms control violations and for aggression in Europe, including its annexation of Crimea in 2014 and what he called Moscow’s continued aggression in eastern Ukraine. In a question-and-answer session after his prepared remarks, Esper said Russian ground-based cruise missiles aimed at Europe are “probably nuclear-tipped.”

Esper’s audience of defense experts and officials was as interested in Middle East issues as in the main topic of his speech. In response to a question about the U.S. approach to Iran, Esper acknowledged differences with some allies but stressed that President Donald Trump is determined to stay on his course of “maximum pressure” through economic sanctions.

He said the goal is to compel the Iranians to negotiate an agreement to replace the 2015 nuclear deal, from which Trump withdrew the U.S. last year. Many in Europe consider the U.S. withdrawal a mistake.

Esper said a new nuclear deal would have to assure that Iran “doesn’t pursue or acquire a nuclear weapon not just in 10 or 15 years but forever,” and he suggested that such talks may be in the offing.

“It seems in some ways that Iran is inching toward that place where we could have talks,” he said.

In his prepared remarks, Esper was making the case for the Trump administration’s argument that the West must do more to counter what he called efforts by China and Russia to “disrupt the international order” to gain advantage.

It was the first major policy speech by Esper since becoming defense secretary in July. In tone and substance, the remarks showed Esper subscribes to what has become a common theme in Washington, namely that China is the greatest long-term threat to global security.

“For anyone who wonders what a world dominated by Beijing might look like,” he said, “I would argue all you need to do is look at how they treat their own people, within their borders.”

Esper cited as an example China’s treatment of minority Uighurs since the ruling Communist Party in 2016 launched what it calls a campaign against ethnic separatism and religious extremism in the western region of Xinjiang.

An estimated 1 million Uighurs have since been detained in internment camps and prisons across the region, and advocacy groups say that includes more than 400 prominent academics, writers, performers and artists. Critics say the government is targeting intellectuals to dilute or even erase Uighur culture, language and identity.

“It is increasingly clear that Russia and China want to disrupt the international order by gaining a veto over other nations’ economic, diplomatic and security decisions,” Esper said.

Esper’s speech amounted to a statement of his top strategic priority: to make China and Russia the main focus of U.S. defense planning, shifting from the insurgent wars of recent decades in the Middle East and Afghanistan.

However, some defense analysts question whether Esper and the Trump administration have laid the groundwork for such a shift.

“Changing the strategic direction of a large nation requires a shift in public opinion, and the Pentagon has not done much to make a convincing case to Americans,” Mackenzie Eaglen, a defense expert at the American Enterprise Institute, wrote this week for Foreign Policy.

Meanwhile, China and Russia have denied the U.S. accusations of malign actions and intentions.

Esper also was meeting on Friday with his British counterpart, Ben Wallace, amid a crisis over Prime Minister Boris Johnson’s determination to lead Britain out of the European Union on Oct. 31. On Thursday evening, he met with Israeli Prime Minister Benjamin Netanyahu.

Fri Sep 6 , 2019
Hurricane Dorian, downgraded to a Category 1 but still packing 90 mph (150 kph) winds, crawled north on Friday, skirting the Carolinas and flooding coastal towns a couple of days after it reduced parts of the Bahamas to rubble. The eye wall of the weakening Hurricane Dorian was scrapping the […] 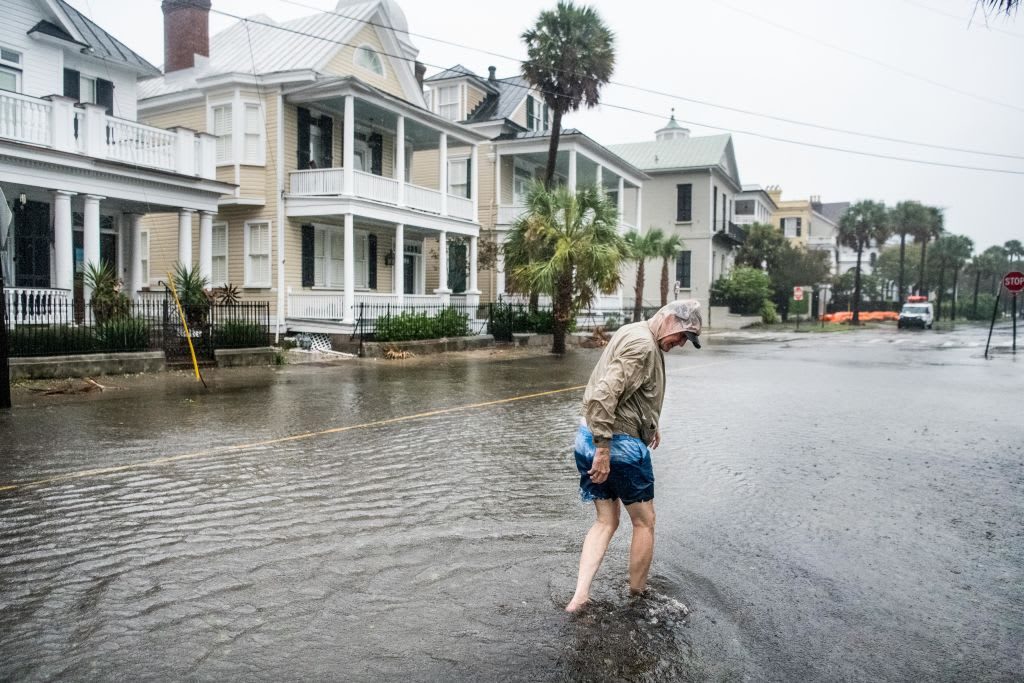