People walk past a branch of Turkish bank HalkBank in Istanbul, Turkey.

Federal prosecutors in New York announced charges on Tuesday against a Turkish bank with ties to a gold trader connected to Rudy Giuliani, accusing the financial institution of a multi-billion dollar scheme to evade U.S. sanctions on Iran.

The six-count indictment for fraud, money laundering and sanctions offenses comes a year after a former executive at the bank, Mehmet Hakan Atilla, was sentenced to prison for working with international gold trader Reza Zarrab, whom Giuliani has represented, to hide transactions involving Iran.

“As alleged in today’s indictment, Halkbank’s systemic participation in the illicit movement of billions of dollars’ worth of Iranian oil revenue was designed and executed by senior bank officials,” U.S. Attorney Geoffrey Berman said in a statement.

“The bank’s audacious conduct was supported and protected by high-ranking Turkish government officials, some of whom received millions of dollars in bribes to promote and protect the scheme,” he said.

Giuliani’s involvement with Zarrab has recently been in the news. The former New York mayor, along with Turkish President Recep Tayyip Erdogan, had pressed Trump to drop a case against Zarrab after he was detained during a trip to the U.S. in 2016, Bloomberg reported last week.

Zarrab ultimately pleaded guilty and agreed to cooperate with prosecutors in the case against Atilla.

Bloomberg also reported that, in 2017, Giuliani had urged Trump to ask then-Secretary of State Rex Tillerson to get the Justice Department to drop Zarrab’s case. Tillerson refused, according to the outlet.

Giuliani’s attempts to influence American foreign policy have come under scrutiny in recent weeks also in connection to Ukraine.

In the whistleblower complaint that spurred Democrats’ impeachment efforts, Giuliani was accused of being a “central figure” in Trump’s July 25 request that Ukraine President Volodymyr Zelensky “look into” unsubstantiated corruption allegations against former Vice President Joe Biden and his son Hunter.

A representative for Giuliani didn’t immediately respond to a request for comment.

The federal charges against the Turkish bank come a day after the White House issued an array of punitive measures against Turkey over its incursion in northern Syria and subsequent attacks on the Kurds fighting ISIS forces there.

Turkey, which has long clashed with the Kurds, began its attacks after the White House announced a withdrawal of U.S. troops on the border. Trump signed an executive order issuing new sanctions on Turkish officials, hiking tariffs on Turkish steel imports and putting trade negotiations with the country on ice.

Giuliani is now reportedly under investigation over whether he broke lobbying laws as part of his Ukraine efforts.

Tue Oct 15 , 2019
Yi Yin joined Facebook’s core growth team in July and he was fired after he participated in a protest demanding justice for Qin Chen, an employee who committed suicide at the company’s headquarters on Sept. 19. Yi Yin A Facebook software engineer told CNBC on Tuesday that he was fired […] 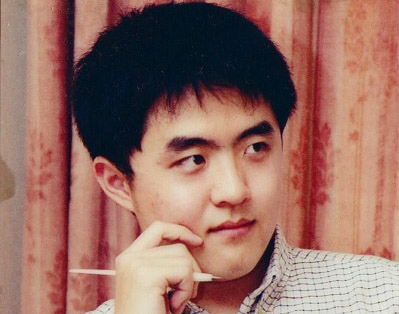