United Parcel Service has acquired a manufacturing pharmacy license from Georgia’s Board of Pharmacy, enabling the company to not only ship pharmaceuticals, but to relabel them.

While UPS has for years acted as a carrier for drug companies like Merck — which has a facility based in Georgia — the new license would effectively give the shipping company more flexibility in handling the product.

A UPS spokesperson confirmed the new license was obtained, but maintained that this was part of standard operating procedure in order to remain compliant with federal law. The new license could also be required if UPS wanted to add an insert to a shipping package, the spokesperson said.

“UPS recently obtained both an FDA registration for Relabel activities and a license issued by the Georgia State Board of Pharmacy in order to provide services related to new and potential business engagements at the Duluth facility in Georgia,” he said. “If you’re Merck and you’ve got all this product, you need someone to kind of manage that,” said Stephen Buck, a drug supply chain expert and co-founder of Courage Health. Drugmakers may be contacting the shipper and “saying ‘we do production, but we don’t want to have to worry about supply chain management.'”

This move comes as the shipper faces pressure in its main business from Amazon, a partner but also a potential competitor as the e-commerce giant experiments with delivering its own products.

A tighter relationship with drug manufacturers would be a way for UPS to potentially protect itself from Amazon making a move in a similar direction. Analysts are wondering what exactly Amazon is up to in the pharmaceuticals space.

Amazon recently made headlines after it had appeared to acquire a series of wholesaler licenses. Those licenses, though, are not a clear sign that CEO Jeff Bezos is trying to disrupt the pharmaceuticals shipping and distribution business. The licenses Amazon applied for cover the distribution of medical-surgical equipment and other related devices. Much confusion stems from the fact that many states tend to lump types of distributors together.

However, CNBC reported earlier this year that Amazon has held at least one meeting to weigh entering the space. UPS could also potentially benefit from a move by Amazon if it’s chosen to ship the drugs.

Back in 2009, UPS notched a similar agreement with Merck, which had once handled its own distribution, but outsourced the management of its supply chain to UPS in an effort to cut costs and concentrate staff on research. That license expired in 2015.

UPS declined to say if it was already working with any drug companies like a Merck for its new business. Merck did not return a call for comment.

“As a repackager, [UPS is] not just taking the product as it is from the manufacturer. It’s being able to the product and individualize it and split it up into different units,” said Nicodemo Fiorentino, a drug supply chain and compliance attorney, about the new UPS license. “Becoming an FDA-registered relabeler means UPS now has the ability to take products from a manufacturer, relabel them, and sell under their own label or brand. Because of FDA requirements, we will soon know what UPS will relabel, as each FDA registrant must list each drug that it manufactures, repacks, relabels, or salvages for commercial distribution.”

The shipper was not looking to claim a function already done by drug distributors like McKesson.

“I don’t think there will be any impact on traditional distributors. They’ve been in this industry for years,” said Courage Health’s Buck. “This is an extension of licensing, maybe deepening their relationship with the manufacturer and keeping in compliance.”

With the license, UPS is trying to provide a service for a new client and future ones, the spokesperson said.

Wed Nov 22 , 2017
Getty Images/iStockphoto Like recent car sales, sport utility vehicles will headline this year’s Los Angeles Auto Show — big ones, small ones, redesigned ones and brand new models. A redesigned Jeep Wrangler, an all-new small SUV from Volvo and a three-row family hauler from Subaru will be among the highlights […] 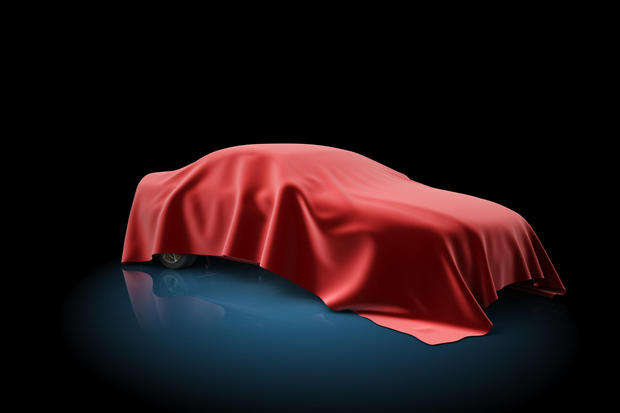