Villagers collect food aid dropped from a plane in gunny bags from a plane onto a drop zone at a village in Ayod county, South Sudan, where World Food Programme (WFP) have just carried out an food drop of grain and supplementary aid on February 6, 2020.

LONDON — The United Nations World Food Program has won the 2020 Nobel Peace Prize for its efforts to combat hunger.

The world’s largest humanitarian organization was awarded the prize Friday for its “contribution to bettering conditions for peace in conflict-affected areas and for acting as a driving force in efforts to prevent the use of hunger as a weapon of war and conflict.”

In the wake of the coronavirus pandemic, the Norwegian Nobel Committee said the WFP had “demonstrated an impressive ability to intensify its efforts.”

“In countries such as Yemen, the Democratic Republic of Congo, Nigeria, South Sudan and Burkina Faso, the combination of violent conflict and the pandemic has led to a dramatic rise in the number of people living on the brink of starvation,” it said.

Indeed, the WFP itself had stated: “Until the day we have a medical vaccine, food is the best vaccine against chaos.”

The U.N. organization said in June it was ramping up the number of people it assists to 138 million from a record 97 million in 2019 — “the biggest humanitarian response in its history.”

In a tweet, the WFP offered its “deepest thanks” for the award, saying that this was a “powerful reminder to the world that peace and #ZeroHunger go hand-in-hand.”

The World Health Organization was tipped as a contender for the prize for leading the global response to the coronavirus pandemic. Swedish climate activist Greta Thunberg was also among the favorites to win, for her campaigning to draw attention to the climate crisis.

New Zealand Prime Minister Jacinda Ardern was once again on bookmakers’ lists, having received praise earlier on in the pandemic for effectively curbing infections and deaths from the coronavirus in her country.

This year’s peace prize was the 101st to be awarded. There were 318 candidates in the running for the prize this year, according to the Nobel Institute. The record stands at 376 nominees in 2016. However, the list of nominees is only revealed 50 years after the prize is awarded.

Ethiopian Prime Minister Abiy Ahmed won the prize in 2019 for his efforts to achieve peace with neighboring Eritrea.

Scene is set for a ‘generational opportunity’ in equities, strategist says

Fri Oct 9 , 2020
The unprecedented level of policy support for markets has set the scene for a “generational opportunity” for stocks, according to Patrick Spencer, vice chair of equities at Baird. With market sentiment gripped by political developments stateside ahead of the November 3 election, stocks have received a boost in recent sessions […] 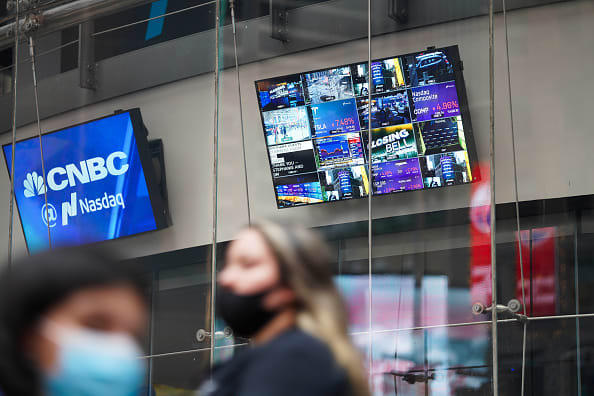