WASHINGTON (Reuters) -Union Pacific Corp said on Wednesday it will require its 31,000 U.S. employees to be vaccinated under President Joe Biden’s executive order requiring that federal contractors mandate vaccines by Dec. 8, except for employees who receive an approved exemption.

“As a federal contractor who ships goods supporting our nation’s armed services, … all employees are required to report their vaccination status or have an approved medical or religious accommodation by the federally mandated deadline,” Union Pacific, the top U.S. railroad operator, said in a statement.

Last month, U.S. passenger railroad Amtrak said it will require nearly all of its 18,000 employees be fully vaccinated for COVID-19 by Nov. 22.

Boeing Co, another federal contractor, said on Tuesday it will require its 125,000 U.S. employees to be vaccinated by Dec. 8.

The White House announced the Dec. 8 deadline for employees of federal contractors last month and the requirements are expected to cover millions of employees.

The Labor Department separately plans to issue an emergency temporary standard (ETS) requiring employers with more than 100 workers to have them inoculated or tested weekly – a policy expected to cover more than 80 million workers.

The department sent the proposed ETS to the White House regulatory office on Tuesday.

Wed Oct 13 , 2021
Since taking office, the Biden Administration has approved over $9.5 billion of student loan relief, mostly for borrowers with a total and permanent disability. The amount forgiven, however, remains a small percentage of the over $1.7 trillion worth of student loans that Americans still collectively owe.  In a Wednesday town […] 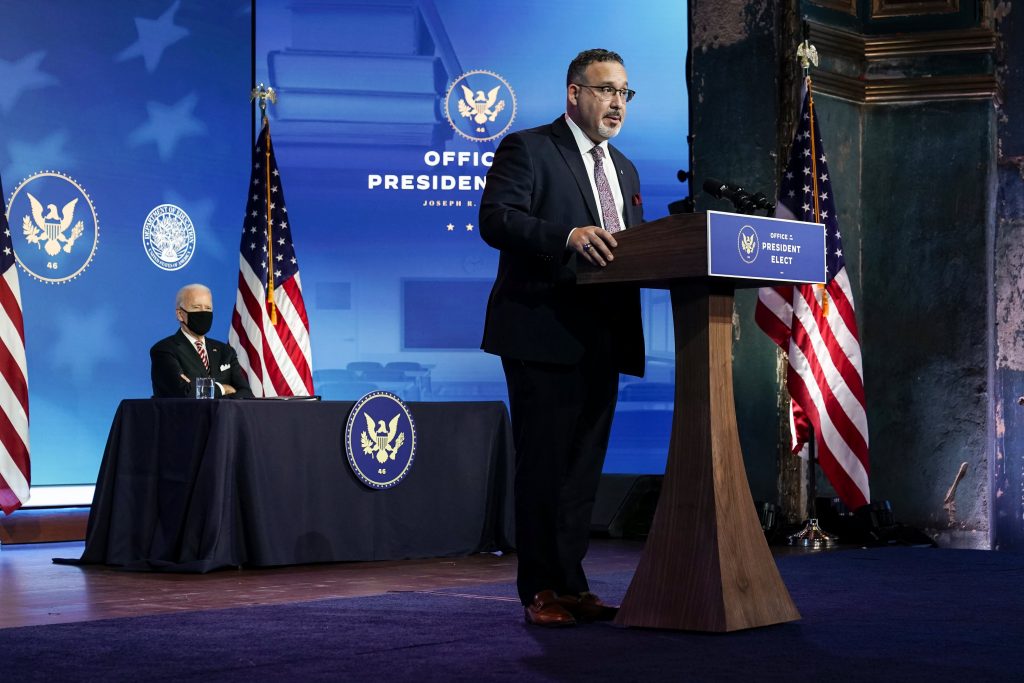