By Richard Lough and Michel Rose

PARIS (Reuters) – French President Emmanuel Macron postponed a planned government reshuffle on Wednesday, prompting new questions about the depth of political experience in his party and his own ability to keep his administration on track after several resignations.

The president and his prime minister have been weighing the reshuffle for a week following the departure of three ministers since late August, resignations that have challenged Macron’s authority and stalled his reform ambitions.

The 40-year-old faces multiple challenges in carrying out a significant revamp. Not only must he try to maintain the left-right balance that he made a hallmark of his centrist movement, but he must find strong candidates from among a relatively shallow and inexperienced pool of loyalists.

“The president wishes to take all the time necessary to draw up a team in a calm and professional way,” the Elysee Palace said.

Ministers had expected the rejig before a cabinet meeting on Wednesday morning. But in the event, the Elysee said it would not happen until after Macron returns from a visit to Armenia late on Friday.

Macron’s popularity has sunk in recent months, falling to below 30 percent, as voters express frustration with a leader they often regard as arrogant and supportive of policies that benefit the wealthy. Impatience has also grown with the sluggish pace of economic growth and job creation.

Opponents branded the reshuffle a “tragic-comedy” that exposed a shortage of political experience in the ruling party.

Prime Minister Edouard Philippe told baying opposition lawmakers there was “no anxiety, no restlessness” inside an administration committed to social and economic reform. Tough policy reform to pensions and unemployment benefits loom.

A senior Elysee official dismissed reports of a rift between Macron and Philippe.

It was because Macron had reshaped the political landscape and brought in faces from outside politics that the process took longer, the official said.

“We’re no longer in an age where because someone has 15 years of service under their belt they deserve to become a minister,” the official said.

Macron’s rivals were not convinced.

“Macron’s ability to attract is pretty weak,” hard left lawmaker Alexis Corbiere told BFM TV. “Many are asking themselves: ‘what should we do in this mess?’ They don’t want to be finished politically by becoming a minister in a government that risks descending into crisis in less than a year.”

In winning power in May 2017, Macron and his En Marche movement demolished France’s traditional mainstream parties. He went on to poach skilled, senior politicians from both poles and draft in newcomers to build a government “neither of the right nor left”.

But as the luster has worn off his 17-month-old presidency, and the impact of early reforms to the labor code and tax rules have yet to filter through, rivals have sought to depict an increasingly isolated leader with diminished pulling power.

Le Figaro quoted Socialist senator Rachid Temal as saying: “The fact the president has been bogged down by this for a week underlines his weakness on the reserves bench.”

But his Republique En Marche party holds a commanding majority in the lower house National Assembly. His presidential term does not expire until 2022.

Even so, European elections in 2019 and nationwide municipal polls in 2020 could turn into a semi-referendum on his mid-term performance, further setting back his reform agenda.

Particularly damaging to Macron have been Collomb’s criticisms that he lacks “humility” – a view which opinion polls show is shared by voters.

“The issue here is not the government but the president, a president who is seen by French people as someone who doesn’t listen to them, and even belittles them,” said Jean-Daniel Levy of pollster Harris Interactive.

“They want fairer policies from the president.”

US producer prices rebound in September

Wed Oct 10 , 2018
U.S. producer prices increased 0.2 percent in September, reversing an unexpected decline in August and in line with expectations. A rise in services prices offset a slight drop in prices for goods. Final demand prices had fallen 0.1 percent in August. In the 12 months through September, the producer price […] 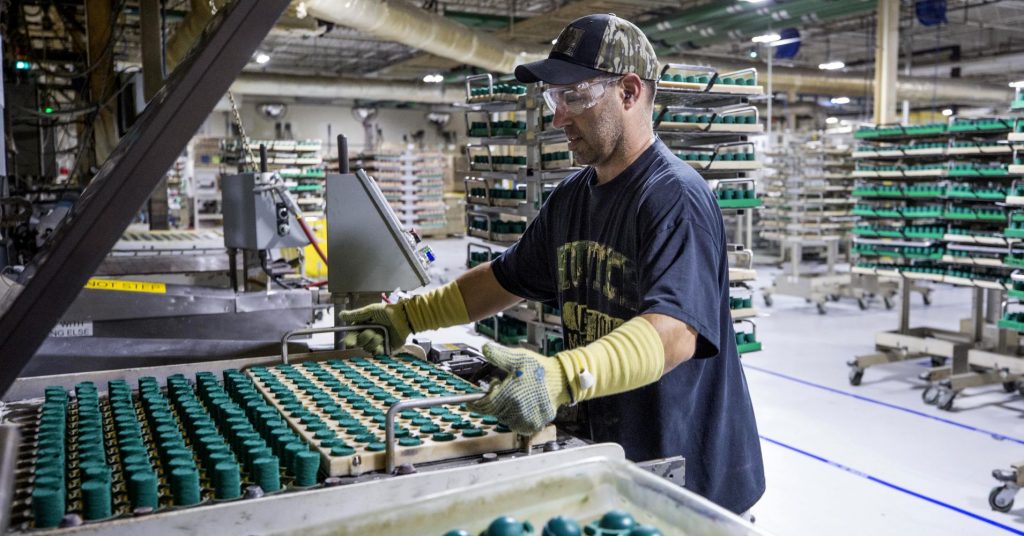