Activists take part in a protest led by shutdownDC the day after the 2020 U.S. presidential election in Washington, U.S., November 4, 2020. REUTERS/Erin Scott

By Michael Martina and Heather Timmons

DETROIT (Reuters) – After months of protests about racism and police brutality, the United States is now likely to see street demonstrations over the cliffhanger presidential election, after President Donald Trump falsely claimed victory and called for voting to stop.

About 100 people gathered for an interfaith event before a planned march through downtown Detroit, in the battleground state of Michigan, on Wednesday morning to demand a full vote count and what they called a peaceful transition of power.

The protest flyer called people to action to stop Trump from “stealing the election.”

Democrat-leaning activists were planning “protect the vote” rallies around Michigan on Wednesday afternoon, including one in front of the state capitol in Lansing.

The excruciatingly close election hung in the balance, with a handful of closely contested states set to decide the outcome in the coming hours or days.

Trump falsely claimed victory in the early hours of the morning and made unsubstantiated allegations of electoral fraud in an extraordinary attack on the electoral process.

Michigan is still counting tens of thousands of ballots and expects to have an unofficial tally by the end of the day, the state’s secretary of state, Jocelyn Benson, told reporters.

Democratic candidate Joe Biden is narrowly leading Republican Trump with about 96% of the votes tallied in Michigan, according to the Detroit Free Press.

Trump’s remarks were the sort of call that protest organizers had planned for. The “Protect the Results” coalition of over 130 groups, from Planned Parenthood to Republicans for the Rule of Law, has said it had about 500 protests organized around the country.

“There were two criteria that were out there: One is Trump officially trying to block the counting of votes and other was falsely declaring that he won, and he did both last night,” said Adam Green, co-founder of the Progressive Change Campaign Committee, a group that supports left-wing Democrats running for office.

Fears of violence on Tuesday did not materialize as Americans turned out by the millions to vote. There were only a handful of incidents reported on an otherwise tranquil Election Day.

The concerns about possible unrest were heightened after a summer of protests, some of which turned violent, against racial injustice following the police killing of George Floyd in Minneapolis in May.

(Reporting by Michael Martina in Detroit and Heather Timmons in Washington; Writing by Jonathan Allen and Frank McGurty; Editing by Alistair Bell)

Trump campaign says it will request a recount in Wisconsin 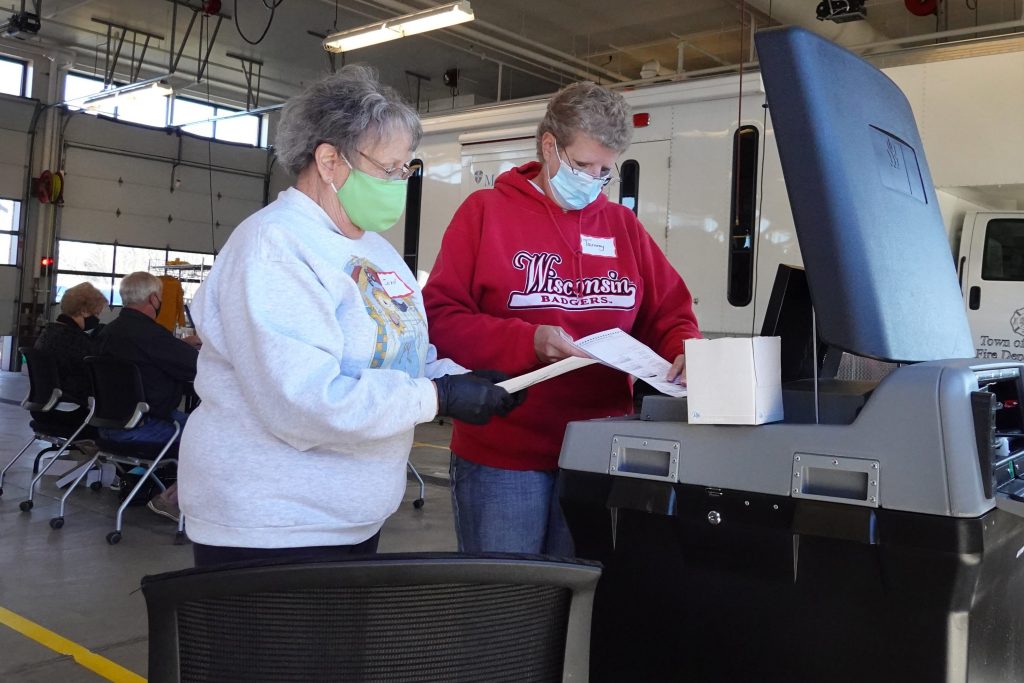