LONDON (Reuters) – British foreign minister Jeremy Hunt told his Iranian counterpart on Saturday that Britain would facilitate the release of the detained Grace 1 oil tanker if Tehran gave guarantees it would not go to Syria.

The tanker was seized last week by British Royal Marines off the coast of the British Mediterranean territory of Gibraltar on suspicion of violating sanctions against Syria.

Iran has demanded Britain release the ship and denies it was taking oil to Syria in violation of European Union sanctions.

The affair has stoked tension in the Gulf, with Britain saying on Thursday that it had fended off Iranian ships that tried to block a British tanker in the area.

Hunt said the call with his Iran’s foreign minister had been constructive and Mohammad Javad Zarif had told him that Iran wanted to resolve the issue and was not seeking to escalate tensions.

“I reassured him our concern was destination not origin of the oil on Grace One & that UK would facilitate release if we received guarantees that it would not be going to Syria, following due process in (Gibraltar) courts,” Hunt wrote on Twitter.

Tehran blames the United States for arranging the seizure of the tanker. Washington has imposed sanctions against Iran with the aim of halting Iranian oil exports.

European countries do not have sanctions against Iran, but have had them in place against Iran’s ally Syria since 2011.

Gibraltar’s chief minister Fabian Picardo told the territory’s parliament on Friday the decision to detain the tanker, which he said was carrying 2.1 million barrels of oil, had not been taken at the request of any other country.

“Also spoke to @FabianPicardo who is doing an excellent job co-ordinating issue and shares UK perspective on the way forward,” Hunt said.

Gibraltan police said four crew members that had been arrested, including the vessel’s captain and chief officer, had been released on bail without charge but their investigation was ongoing.

Vettel struggling to get the right feel for his Ferrari 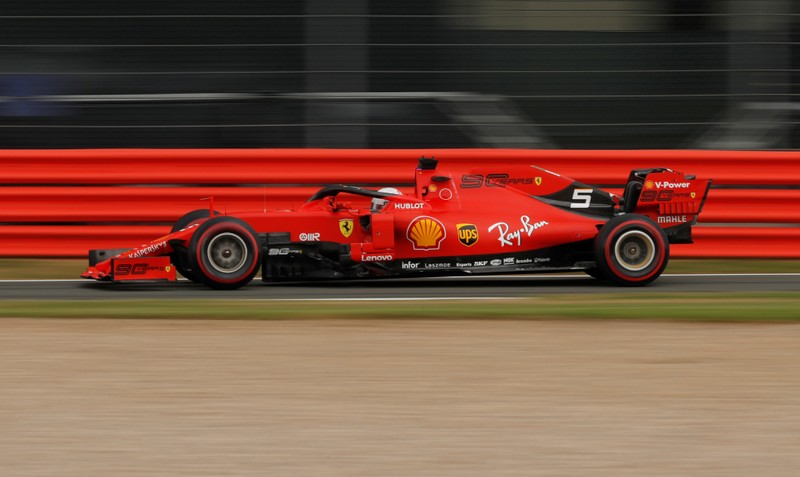